ALBUMS OF THE MONTH Everything’s Up For Grabs, by Christian McNeill and Sea Monsters It has been ten years since Christian McNeill’s last studio release, but it’s not as if he has been absent from the music scene. He has continued to write and perform around Boston, ultimately joining up with a talented crew of […]

X Legendary Los Angeles punk band X authoritatively declared that they could still rock hard after 31 years together. I caught them twice and the band pounded through both shows without a set list. The band merely called out out songs that captured their mood and responded to audience requests. Their influence on modern rock […] 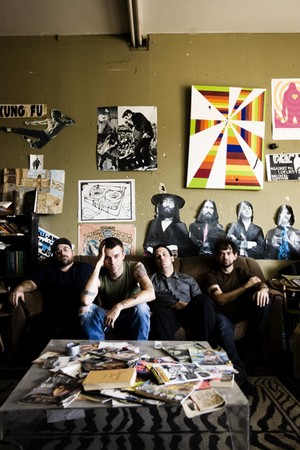 Friday night followed my unintentional afternoon trend of mixing old favorites with new sounds. My preference at South-by is to see almost entirely new-to-me bands, especially during official showcases, but there were just too many favorites to stick to my guns on a day like this. Sue me. In that respect, Friday night truly provided […]