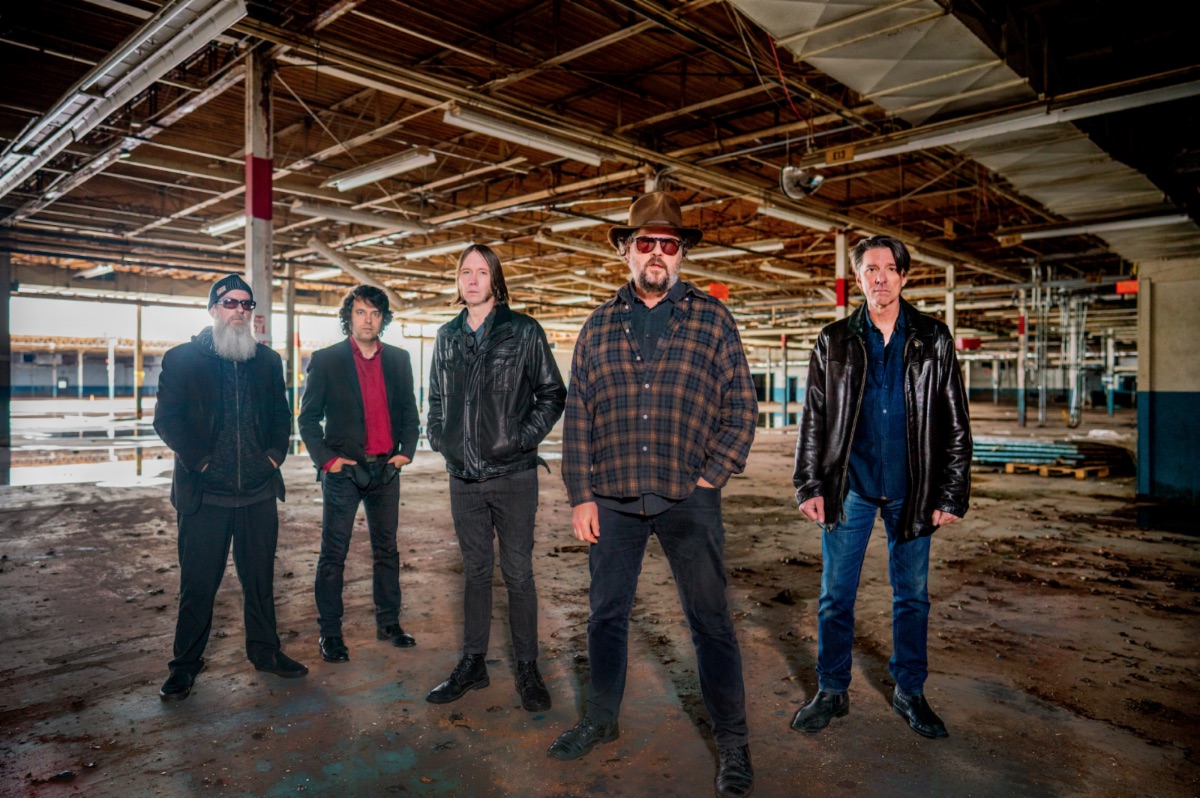 I always eat a good big lunch then usually eat light either right after soundcheck or after show. We always avoided fast food whenever possible, even in our sleeping on floor / van touring days. One good meal was an investment in our long-term longevity.

I might break 1 string in the average year. I don’t change strings too often but they’re usually in the $15 per pack range.

We have DBT HQ in Athens GA in an industrial park area. It’s an ugly building but it’s pretty cool inside as it has our shit everywhere. Backdrops on walls, a loft and massive industrial shelving for our gear, Merch and and cases. At one point we ran an illicit road case factory out of there but the dust rendered it unusable for the band so we closed up shop (but not before building us nice cases for all our gear. “Got them pretty road cases…”

“Living in a World of My Own”. 1973. I was 8 years old. It wasn’t too good. My third song was called “Down in the Jungle” and I actually recently recorded it with Luther and Cody Dickinson, Spooner Oldham and my dad (session bassist David Hood). It’s a goofy song but they liked it enough to cut it. Also 1973.

Terrible. I played the auditorium of my old middle school when I was a freshman in high school. I was in my first band Breakdown (after the Tom Petty song). It was 1979. There were probably 40 or so people when we started but by third song only my grandmother and one other kid (a 7th grader) was left. Years later that 7th grader played in my 1st serious grownup band (Adam’s House Cat). He’s a friend to this day.

My last one was as a soundman at local clubs in Athens GA. I ran monitors at the 40 Watt Club and mains at a club called Tasty World. I quit in 2001. I was long a server in restaurants but quit that in 1999. My best “straight” day job was delivering drugs for Ken Nix Pharmacy in Florence Alabama. I’m still friends with my old boss.

I make a good solid living. I’m not rich by any stretch, but I love my job and am able to support my family doing it so I feel rich. I pay way more in taxes than the President. I hope to be able to continue supporting my family until they are grown, which is about another 10 years. I have no retirement plan so I guess I’ll tour until I drop.

I knew the most important thing, which was to not give up. Long after any reasonable person would have packed it in, I was still out there starving and striving. My partner (Mike Cooley) and I landed our first record deal on our 16th year of playing together. A year before that, I was literally homeless for several months. I wish I had moved to Athens GA six years earlier.

Portland Oregon-based Patterson Hood is co-founder of Alabama-born, Athens (GA)-reared Drive-By Truckers. The group has always been outspoken, telling a distinctly American story via craft, character, and concept, all backed by sonic ambition and social conscience.

The New OK, their latest album, was released on 30 September. Connect with the band online and (eventually) on the road.