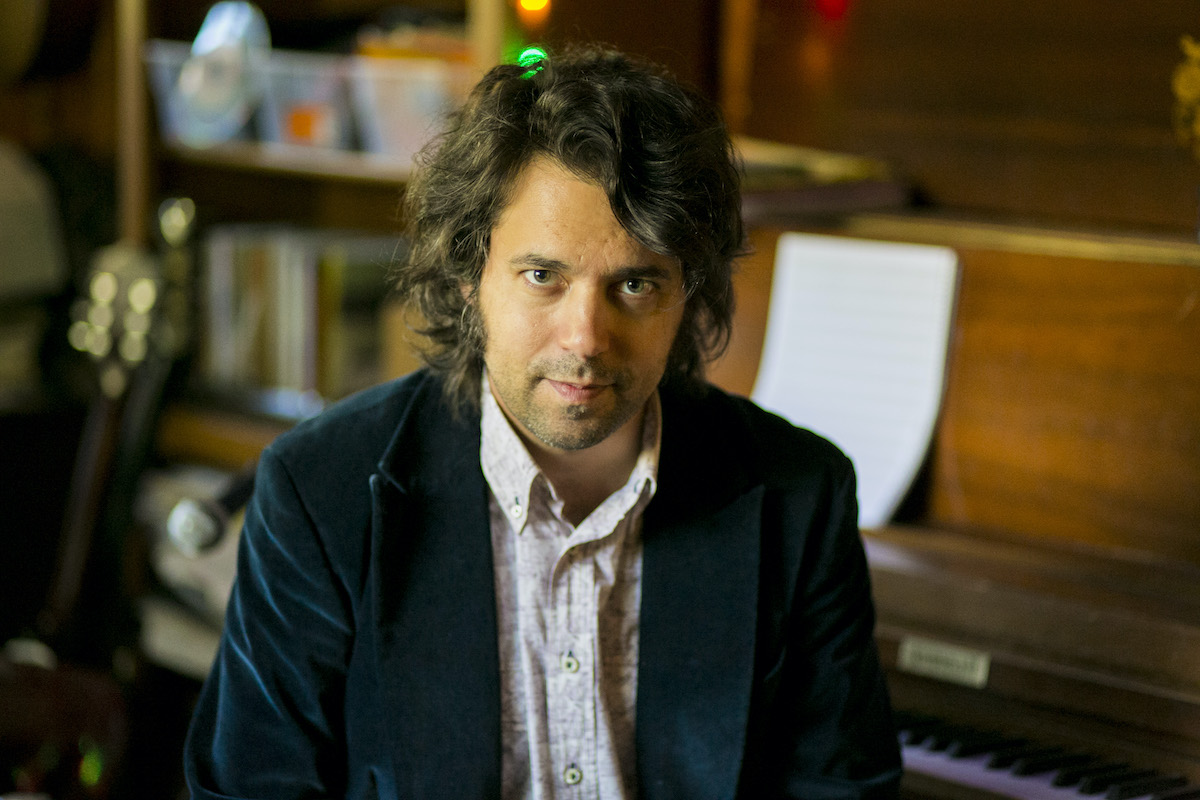 Well, when touring with Drive-by Truckers we’re in a rented bus most of the time. I love it as I love to sleep and am not too fond of driving. Almost every tour has a different driver / bus so I’m not sure of the mileage, but we’ve been lucky so far with drivers and buses (I’m knocking on wood incessantly right now).

I haven’t toured a lot with my solo stuff shows but when I do tour with my band The Guilty Pleasures, the 2007 Mazda CX-7 has been the choice. Mostly ‘cause we couldn’t get all 4 folks into a Camry with equipment.

Carrots and Hummus, Peanut butter and banana. Ever since Chipotle opened it’s become the one place the Guilty Pleasures can all agree on.

Well, with DBT we tune a whole step down to D standard and we use .11’s so there’s very little string snapping, and I’ve honestly broken maybe 1or 2 in the time that I’ve played guitar with them. Broke a guitar neck once, though, which costs both a bit of bread and self-respect…

Solo show-wise I use .10’s in standard but really don’t break them very much unless I try the Jimmy Page “overbending up a third” thing.

We don’t really practice with the Truckers unless it’s in a studio right before they hit ‘record’. We do have a cool HQ though for when we have to work stuff up.

With my solo stuff we tend to rent a room from Nuci’s Space, an amazing musician’s resource center here in Athens that rents rooms and PA’s cheap. Even have keyboard stands for when I leave mine at home. Which is every time.

I can’t recall the lyrics from the very first song I wrote (thank god), but it I know it was an unrequited love song and I was 14 and it was a sappy ballad.

I do remember one of the early ones was called “Elizabeth” and the chorus went “Elizabeth, Elizabeth, how can I explain/ The way I feel when I look at you/ When I talk to you, tell me is it real” and then it modulates up 2 keys and repeats the lyrics, just to drive it home.

I also remember playing it to my girlfriend at the time (Elizabeth) and her older brother (a great guitarist and full-on rocker who I idolized) picked up and cackled before hanging up.

My high school band with my best buddies, Fallacy, played an outdoor kegger and I made the mistake of shotgunning a beer for the first time during set break and I ended up disappearing into the woods and passing out while they bravely played on instrumentally for another hour. This set a precedent of letting down bandmates in various ways that continues to this day. Though I haven’t missed a gig due to drinking since that fateful night.

My last day job was delivering flowers for Athens florist. It was owned by a lovely family and they were very sweet about letting me off to tour and when I was frequently late and when I left flowers on the stoop instead of bringing them back to redeliver later.

I was then a stay-at-home dad for 2 years until I joined Drive-by Truckers.

I think it’s well documented that streaming services have taken any chance of fair royalty money – I highly recommend checking out what the Union of Musicians and allied workers (UMAW) and supporting their fight to get fairer deals from said streaming services.

I am very fortunate to have a job with Drive-by Truckers for the last 13 years so it’s not dire for me, but so many pure songwriters aren’t able to make a living.

I wish I had more confidence in my own vision or aesthetic. I was confident enough to write whatever I felt, but always tried to write for whatever group of project I was in. I think I could’ve developed more quickly if I didn’t worry about what people thought and took projects to completion (without feeling the need to release everything I recorded, of course). I always tried to sing out of my range because other singers could or felt the need to overdub a million things even though my stuff tends to work better in a smaller context.

Jay Gonzalez first arrived in Athens, GA from his native Westchester County, NY more than two decades ago. Together with his good friend and bandmate Chris Grehan, he set to work experimenting with his own brand of power pop while also playing in such esteemed local outfits like The Possibilities. Gonzalez officially joined Drive-By Truckers in 2008, first as keyboard player and later taking up the mantle of guitarist in the groundbreaking band.

2011 saw the release of Gonzalez’s first solo album, Mess of Happiness. Taking inspiration from such unified conceptual works as The Who’s “A Quick One (While He’s Away)” and The Beatles’ ABBEY ROAD side two medley, Gonzalez followed it up with 2015’s The Bitter Suite EP.

Back to the Hive, his latest album, was released on 5 March. Connect with Gonzalez online and (eventually) on the road.