Jimmy “Duck” Holmes’ Cypress Grove is a great album that I almost missed. I may have been slow to check this release out, but I’m happy I finally got to it. It encompasses everything the blues is supposed to be. 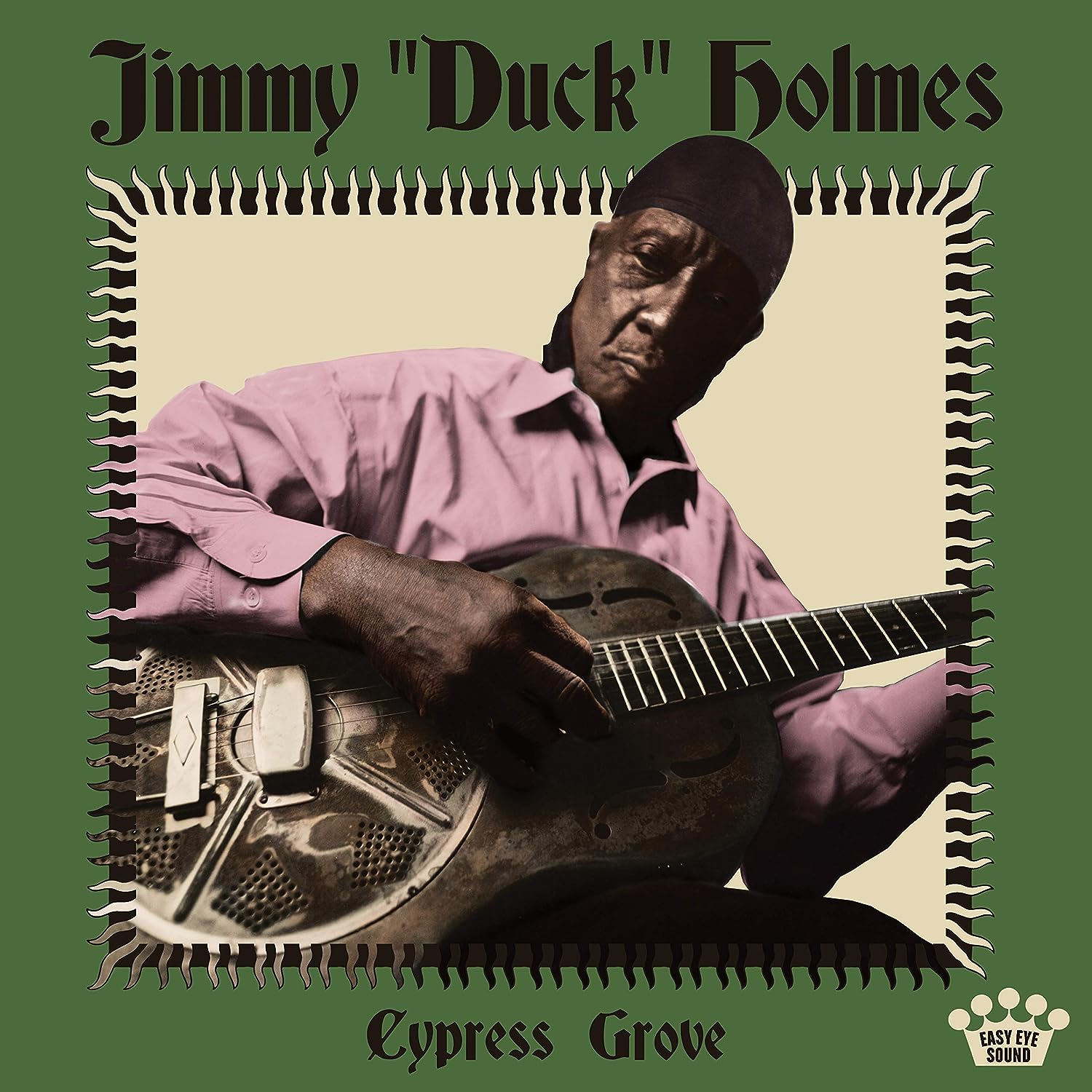 The son of sharecroppers and the owner of a juke joint himself (you can see his Blue Front Cafe in the clip below), the 72-year-old Holmes knows what the blues is about. Said to be the last of the “Bentonia school” of bluesmen, he hails from the tiny town of Bentonia, Mississippi. He was initially recorded in the 1970s and 80s by ethnomusicologists such as Alan Lomax and David Evans, but he didn’t record his first album until 2003.

Produced by Dan Auerbach of the Black Keys, every note of Cypress Grove oozes country blues tradition. Holmes’ gritty vocals evoke the suffering and occasional joy of generations of Delta bluesmen and their people. Its stark beauty brings the Delta to life. Sharing rural Mississippi roots of legendary blues artists like Mississippi John Hurt and John Lee Hooker, Holmes’ sound, though augmented with electric guitar licks, has the slow, relaxed feel of the delta.

The songs on Cypress Grove include several blues standards by the likes of Muddy Waters and Willie Dixon, but also include some of Holmes’ originals. Joining Holmes in creating his unique country blues sound were Eric Deaton on bass and Sam Bacco on drums, along with Marcus King, who joined Holmes and Auerbach on guitar.