Canadian roots rocker Colin Linden is one of those musicians’ musicians who has seemingly played with everyone during his long career, including Bob Dylan, Emmylou Harris, Lucinda Williams, Bruce Cockburn and several members of The Band. His latest album, Rich In Love, demonstrates why he is in demand as a guest musician in his adopted home of Nashville. 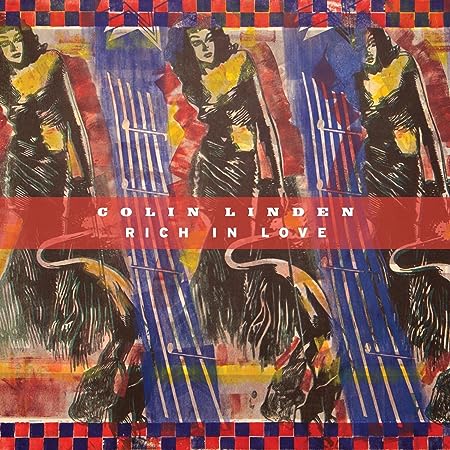 Inspired by a personal visit with Howlin’ Wolf when he was 11, the precocious youngster soon began playing local Toronto coffeehouses. Canadian rocker David Wilcox of Great Speckled Bird (not to be confused with the U.S. folksinger) took young Linden under his wing and encouraged his passion for various blues forms. Linden started playing professionally with Wilcox’s band the Teddy Bears when he was 16, formed his own band when he was still in his teens and recorded his first album, Colin Linden Live! in 1980 when he was just 20. Since then he has released about a dozen solo albums and worked as a sideman, studio musician and producer for many leading roots musicians. He is also a member, along with Stephen Fearing and Tom Wilson, of the roots music trio Blackie and the Rodeo Kings and since 2012 he has been music director and song writer for the television show “Nashville.”

Though rooted in the blues, the dominant flavor of Rich In Love derives from Linden’s present Nashville address. The best songs on this country-tinged album are the wistful ballads like “Delia Come for Me,” which Linden wrote after the 2011 execution in Georgia of Troy Davis, whose guilt was questioned after a subsequent investigation – the song echoes with images from the traditional death row blues ballad “Delia.” “And Then You Begin” is a dusty, straight-forward folk-ballad that is near-perfect in its simplicity, while “No More Cheap Wine” provides some bouncy twang, and “Paybacks Are Hell” closes the album on an intimate, acoustic note.

Joining Linden on the album were longtime bandmates John Dymond on bass and Gary Craig on drums along with guest appearances by blues harpist Charlie Musselwhite, Amy Helm on vocals, Reese Wynans on keyboards and Tim Lauer on organ.