Man, I’ve got some catching up to do. A heavy travel schedule has kept me from my monthly playlist duties. Don’t get me wrong, I’ve had the pleasure to visit some impressive places. Even better, I’ve had plenty of great new music to keep me company along the way.

Well, its time to make up for the missing playlists and share the musical love with a special, multi-part Fall edition.

The Wreckage, by Will Hoge 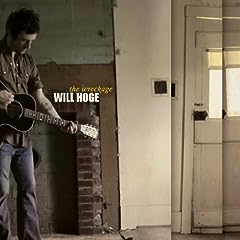 There’s incredible satisfaction in watching an artist mature, few more so than Will Hoge. Over the course of six studio albums and countless live sets, Hoge has evolved from a barroom rocker into a versatile musical artist. The Wreckage, his latest release, continues the trend with a satisfying mix of ballads and mid-tempo rockers.

Lead single “Even If It Breaks Your Heart” is Hoge’s ode to aspiring musicians and, undoubtedly, his own tale of musical determination. “Some dreams stay with you forever, Drag you around and lead you back to where you were,” he sings, “Some dreams keep on getting better, Gotta keep believing if you wanna know for sure.” The music is somewhat restrained but don’t let that fool you, there’s a tremendous emotional intensity just below the surface.

For an artist who has built his reputation through constant touring, Hoge’s time off the road recovering from a near-fatal accident undoubtedly had an impact. One can hear the longing on “Highway Wings” as Hoge reflects on his time spent at home, “This town is broke down baby, full of dust from rusted dreams, I gotta get before it gets me, I need to hear that blacktop sing.”

“Favorite Waste of Time” has a Byrds-esque Southern California feel, albeit with some dark and stormy clouds overhead. “So you got the best of me, I’ll just take what’s left and leave this place, And when you look back I hope I’ll always be your favorite waste of time,” sings Hoge, punctuated by a searing guitar solo.

Among the album’s standouts is “Goodnight/Goodbye,” the woeful tale of two lovers clinging to a relationship gone sour. Vocalist Ashley Monroe lends her talents to heartbreaking affect. “Just two bad actors in a play, don’t know how to leave the stage as the house lights all come on,” they sing.

Former Wilco drummer Ken Coomer is again behind the boards and, with Hoge, serves up an organic affair that balances acoustic and electric guitars with plenty of piano flourishes. It’s a well-balanced sound that gives the songs extra weight and maturity.

Audio Download: Will Hoge, “Even If It Breaks Your Heart”

Strict Joy, by The Swell Season 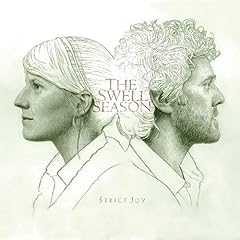 It would be tempting to call this an overnight success story if one didn’t know that Glen Hansard has been plying the musical trade for over 25 years. Then again, one could equally call it a fairy tale, the story of two musicians who stun the music world with an album as genuine as it was refreshing. The story continues with the release of Strict Joy, Hansard and Marketa Irglova’s sophomore release.

“In These Arms” is quintessential Swell Season, a deceivingly simple melody infused with palpable emotion by the tender harmonies of Hansard and Marketa Irglova. The interplay of their guitar and piano, respectively, only adds to the song’s intensity.

Not to be outdone, Irglova shines on the haunting “I Have Loved You Wrong.” A simple melody with muted orchestration becomes all the more mesmerizing as it fades into an a cappella choral ending. Her “Fantasy Man” is equally enthralling, a fairly transparent reflection on her relationship with Hansard, “Just be patient while I wait here, our journey is out of sync, while you’re out there running in the chaos, I need some time to think.”

One gets the sense that Strict Joy is merely one stop on a continuing journey, both personal and musical, for Hansard and Irglova. It is blessing that they so openly share it with us.

Hazel Black, Seven Worlds Collide featuring KT Tunstall (from the Columbia Records release The Sun Came Out)
Every once in awhile you hear a song that sounds as if it was as much fun to record as it is to hear. Hazel Black sits squarely in this category, with a catchy chorus (with hand claps, no less), a plinky piano accompaniment and Tunstall’s improvised vocals on the break. If I could have only been in the studio during the recording… I gotta imagine that there was a big bottle of wine in the studio when this track was recorded.

Haste & Wrath, Mike Gent (from the self-released Mike Gent)
For over 20 years Mike Gent has served up power pop confections with the Figgs. On this, a rare solo outing, he favors the acoustic over the electric guitar, but still doles out some of the catchiest riffs around. This particular track finds Gent chronicling the classic men’s conundrum of a romance gone bad, “Maybe he moved too fast or something that he lacked turned to haste and wrath.”

Hand Me Down, Visqueen (from the Local 638 Records release Message to Garcia)
Seattle’s Rachel Flotard and company deliver a big messy pile o’ guitar riffs. And I mean that as a compliment. She reminds me of Weezer’s Rivers Coumo on his better days, songs chock full of crafty hooks delivered with confidence and bravado.

What’s So Funny, Matt the Electrician (from the self-released Animal Boy)
You know you’re in for something unique when you hear the regal horns that open the song. Austin’s Matt Sever mines juices up his pop melodies with diverse instrumentation and pairs them with quirky lyrics that are guaranteed to entertain.

Bayou Tortue, James McMurtry (from the Lightning Rod Records release Live In Europe)
There is something familiar yet energizing about McMurtry in concert. While the arrangements are generally the same, the energy is cranked up a notch. Exhibit A is the scorching opening track on his latest release, a live album recorded in Europe earlier this year. I’ve always thought that McMurtry to be under-rated as a guitarist, his performance here just proves the point. As a special bonus, Ian McLagan is along for the ride with some tasty keyboard accompaniment.

Let Freedom Ring, Chuck Prophet (from the Yep Roc release Let Freedom Ring)
The title track of Prophet’s latest release opens with a sound that could be a lost Rolling Stones riff. The song progresses with with a loose and free-wheeling attitude but when you hear the guitar solo wail it becomes readily apparent that Prophet is a master craftsman bringing the goods.

Faithfully, Matt the Electrician (from the self-released Animal Boy)
This take on the Journey classic could be my favorite cover of the year. Matt delivers the lyrics with the utmost sincerity against a musical backdrop (including what sounds like a Fisher Price piano) that provides an entertaining contrast.

Long Time Gone, Seven Worlds Collide featuring Don McGlashan (from the Columbia Records release The Sun Came Out)
With lines like “The sun crept in unnoticed and tried to find itself a seat,” this is the Wilco song that Jeff Tweedy wishes he had written. Throw in a backing band that features Ed O’Brien (guitar) and Phil Selway (drums) of Radiohead with Pat Sansone (bass) of Wilco and the legendary Johnny Marr (guitar) and you just can’t go wrong. I’d never heard of New Zealand’s McGlashan; I’ve got some catching up to do…

Also available, Part 1 and Part 2 of the Fall Playlist. Playlistpalooza!