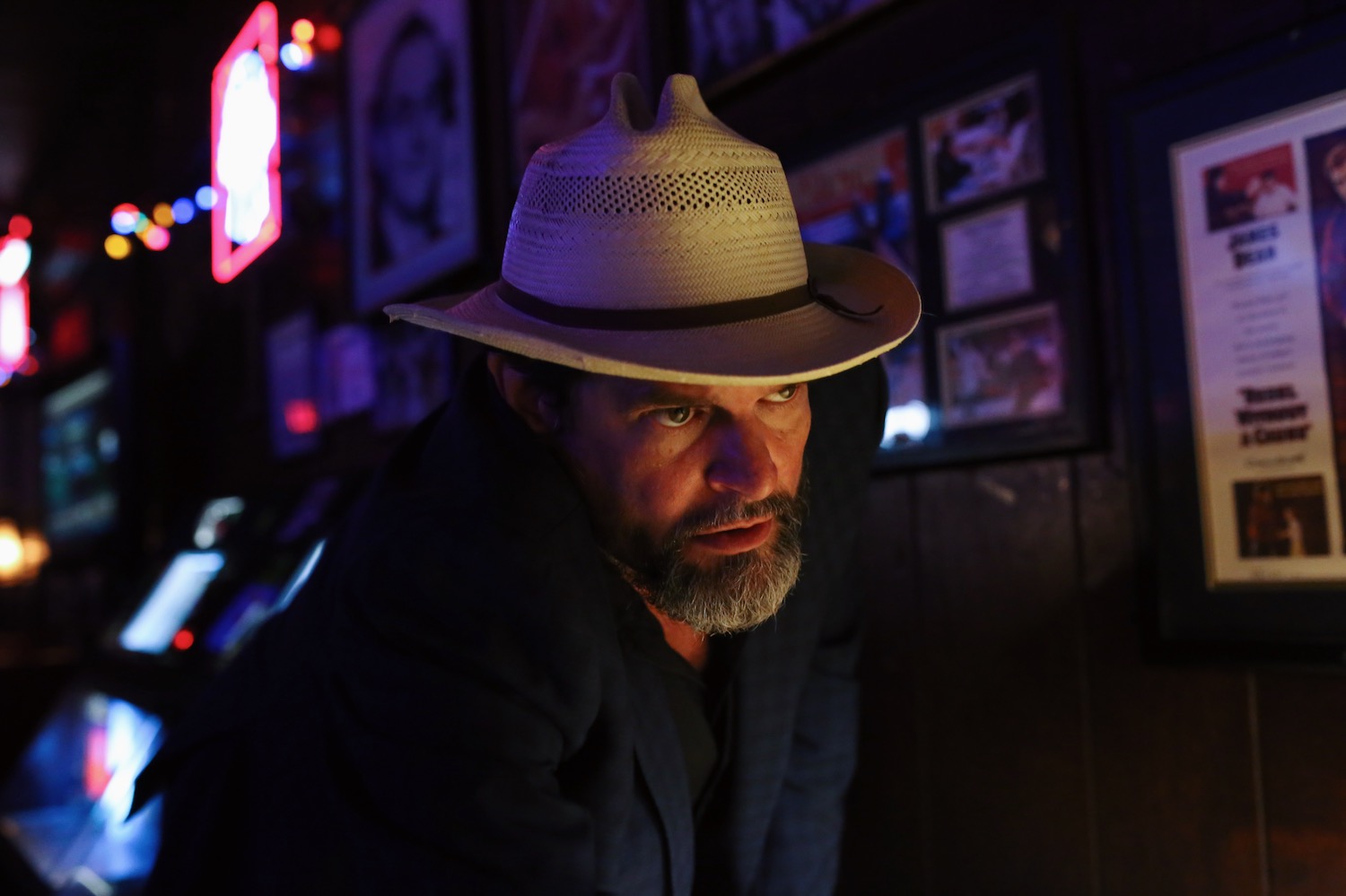 I travel with my wife Amy LaVere. She drives her second Chevy express van. The first one retired after 300,000+ miles and the new one is getting up there.

We are vegetarians, mostly vegan, so we have coolers in the van and often have cooking supplies such as crock pots etc. We always have coffee paraphernalia.

It’s very important to really create a proper rider. Half the food from deli trays at concerts is thrown away. It’s important to ask for what you want and will use.

I never break strings. I change them once a year. It’s only about $30 for changing needed strings on certain guitars.

We prepare tours at home. My favorite experience rehearsing was with David Baerwald’s band, the New Folk Underground, in LA. We got to listen to the Beastie Boys down the hall preparing for their tour with live instruments. I spent a lot of time listening through the walls.

Lyric: I was blind but now I see, you came around to make a wreck out of me.

14-year-old boy, I was. It actually ended up being on the Continental Club live record in the mid-80s.

First gig that I remember was with my brother, myself, and Richard Elizondo at the Scoot Inn in East Austin, a cool Mexican hang out dive bar at that time in 1977 or 78. Richard came from Westside San Antonio in the Doug Sahm gang. He lived with us & Speedy Sparks, a Texas Tornado. Richard drank Schlitz and called it “happiness.” He’d acquire our lunch money to stay home from school and practice.

I never really had day jobs. My day job for years has been sitting many hours in a van, the hardest part of touring.

I also used to help remodel spaces with my friend T-Bone, my old buddy from the Horseshoe Lounge. He had a bum leg and needed help doing certain things. He would recruit people from the bar as opposed to hiring people from Home Depot parking lots. He grabbed us at times from the Shoe to help him on projects.

I taught a program at the University of Texas on writing songs at one point and I also taught kids at a music camp once.

I think my income has improved for a while since my wife and I have been traveling as a duo and tour continuously.

I hope that it gets back to normal at some point. I hope the studios keep hiring me once opened and local gigs start happenIng and big gigs out of town provide some paydays and crowds reshape themselves for events. We should be OK.

One thing I learned, and find to be so pleasing, is that early in my career I had a lot of heroes that weren’t given their due. Now, decades have passed and most of my favorites have been recognized and that is beautiful! Powerful work will find the ears of those with great taste.

Will Sexton, whose writing credits range from work with Waylon Jennings and Stephen Stills to Joe Ely and Bill Carter, is shaped by the unique diversity of the Austin music scene. Fate and his own sheer talent placed him on stage with local legends before he’d lived out his first decade. Will and his big brother, Charlie, started playing together at the Continental Club when Will was 9 and Charlie was 11. Many of the sounds of his childhood still resonate in his current work.

Sexton has amassed an impressive collection of songs over the years, releasing his first independent album, Scenes From Nowhere, in 2001. It received a four-star review and was honored in the Top 5 Releases of 2001 by the Austin American-Statesman. Bus Stop Gossip, a previously unreleased recording from 2004, was unearthed and released in 2009 and was followed up by Move the Balance in 2010.

In addition to his own work, Will’s credits as producer and songwriter range from collaborations with Waylon Jennings to psychedelic pioneer Roky Erikson to Steve Earle and punk legend Johnny Thunders.

Don’t Walk the Darkness, his latest album, features the Iguanas and was released in March 2020. Connect with Sexton online.