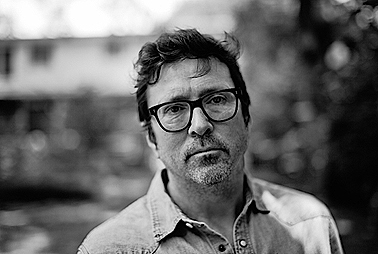 I have a 2015 Honda CRV. I drive about 50,000 miles a year, this one has 85,000 miles on it.  The first week I had it, I was in six lanes of interstate traffic near Tampa Florida when an 18 wheeler lost a tire tread about 150 yards in front of me.  There was nowhere for me to go back to run over it. I have the parts on the undercarriage replaced.

A few months later, there was a big piece of metal at the crest of the hill on the interstate in North Alabama, I ran over it, and it slightly damaged my rear axle. Nothing very glamorous there! I have certainly had seen my share of hair raising highway antics, including spinning out with a van and trailer on the interstate on ice more than once. But now it’s just the boring old CRV.

Buy a bag of apples. Buy some Almonds or trail mix . Invest in some good coffee on the morning of your long drive. Eat a couple of apples and some trail mix or nuts. That will get you through the morning. Fast food is horrible. Drink a lot of water.

Dammit! You’re going to jinx me. I hardly ever break strings. Some people have very acidic sweat and destroy strings as soon as they start using them. I’m not one of those people. But as soon as my strings start to sound too dull and won’t stay in town, I changed immediately. I am one of those fortunate people that has a D’Addario and Company/planet waves endorsement, so changing strings and replacing broken instrument cables, etc., are not a big expense for me. I have probably spent $50,000 on strings and cables over my lifetime though.

My rehearsal space is my home studio or my home. It’s a pretty nice place to rehearse, as long as you don’t have to play really really loud and have a big giant drum kit.

We are Jesus freaks on mountain peaks trying to catch a buzz.

December 1976, Skate World, Mobile Alabama. My garage band played 60s and 70s rock favorites to a bunch of kids skating around in a circle. We were paid $120, which we invested back into our sound system. And then we booked a gig across town at Skate Haven. The rest is history.

About 20 years ago, I spent about three months delivering bread for a bakery in Nashville. To be honest, I have had very few day jobs. Since I graduated from high school in 1982, I have pretty much been employed as a musician. And yes, I am aware of how amazing that is. Hallelujah!

I am much better off financially now than I was five or 10 years ago. I have some songs that earn publishing income and a couple of records I produce make me some royalty earnings. I play well over 100 profitable shows a year, and play about as many recording sessions. And I produce records for a fee.

I try not to have too many expectations. I just try to work hard and build for the future. So that I have a future.

Play the music you love. Work with people you love. If someone asks you to do something that you were very uncomfortable doing, let them know this. Don’t do things you aren’t comfortable with. But be open-minded. I have done this for the most part, but there are a few times when I said yes to something to someone older than me when I was younger and I wish I had stood my ground. The only thing that matters now is that I did learn my lesson.

Will Kimbrough is a singer, songwriter, award-winning guitarist, multi-instrumentalist, producer, performer and bandleader with a voracious appetite for every aspect of music. Born and raised in the deep south of the Alabama Gulf Coast, he ingested eclectic FM radio sounds and the music of nearby New Orleans. In his quest to develop his musical capacities to their fullest, Will Kimbrough has become a modern-day Renaissance Man.

With more than 10 artist albums to his credit, Will has released five solo recordings and five albums as a founding member of DADDY, the bis-quits, and Will and the Bushmen. Kimbrough’s songs have been recorded by the likes of Jimmy Buffett, Todd Snider, Little Feat, Hard Working Americans, Jack Ingram and many others throughout the years. Kimbrough turned ears and earned new fans along with praise from the media for his outspoken Americanitis (2005) album, which cast a critical eye on early 21st century America.

I Like It Down Here, Kimbrough’s latest album, was released earlier this month.  Connect with Kimbrough online and on the road.