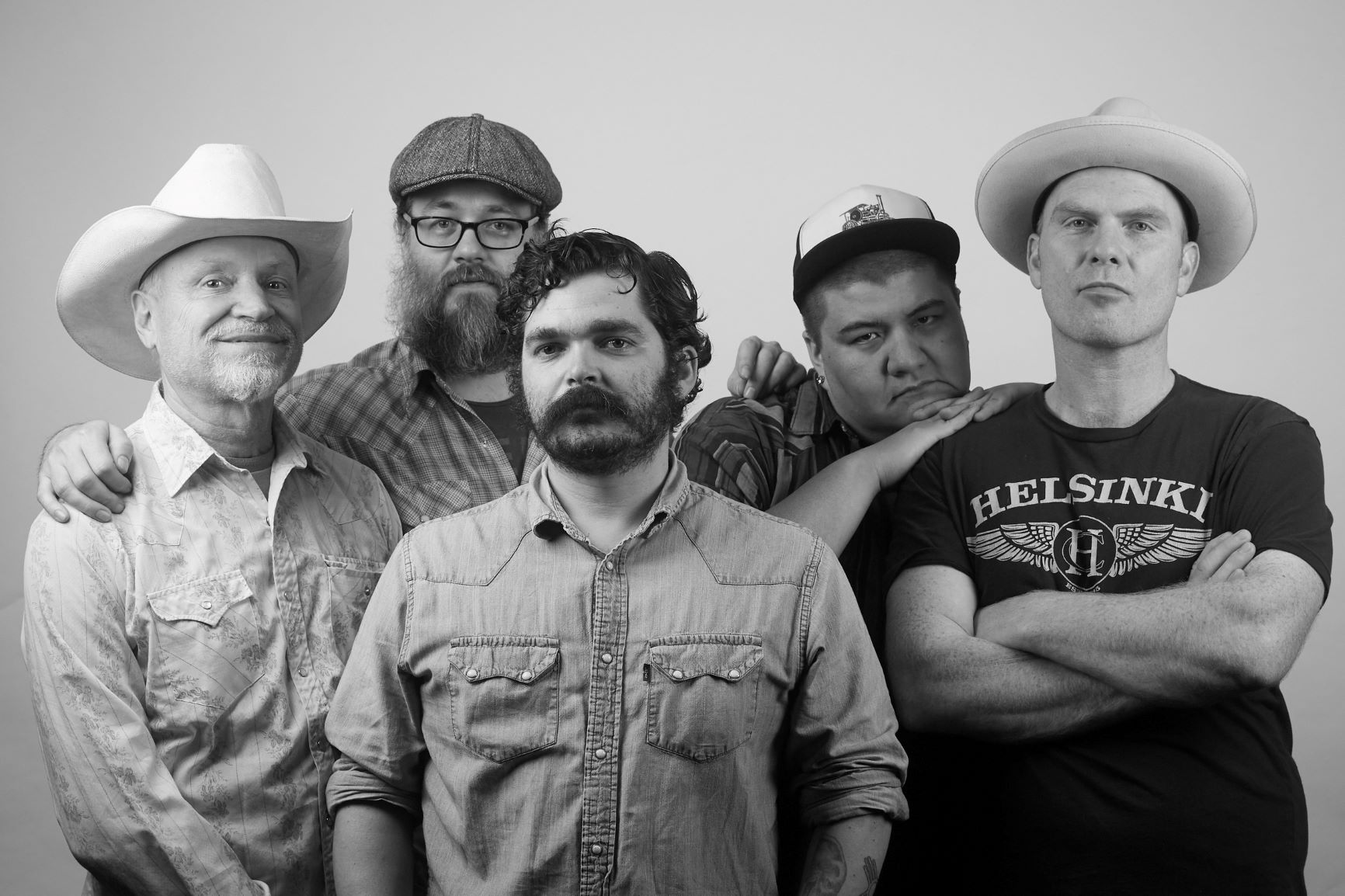 We tour in a 1998 Dodge Ram fifteen passenger van that we have affectionately named “Country Vanner”. We removed the back seats and built a “sleeping platform”; gear goes below that. It has 267,000 miles on it and has been remarkable reliable.

Our worst breakdown was having a radiator hose break in the desert on the way to “Music on the Mesa” in Taos, NM. A tow truck finally towed us 90 miles to the festival, but we missed our set. Ethan jumped the fence of a nearby junk yard, made friends with the guard dog, found a replacement hose, and we were up and running the next day. Our hero!

Like many other bands, we eat a LOT of Pho on the road. It’s cheap, relatively heathy, and loved by all. Whenever possible we stop at health food stores for fresh food to go – soups, salads, sushi, fruits and vegetables. Overall, our diet is pretty good. Once in a blue moon we’ll do a Wendy’s drive thru and put it on the band credit card – just to keep our diets in balance. We’ve also been known to slam a bag of Doritos.

We rarely break strings, but when we do it’s sort of a show-stopper. We don’t have a backup acoustic guitar, so if we break a string during performance, we usually ask someone in the audience to change it for us. It almost always works. One of the steel players who tours with us complains that we don’t change our strings nearly enough. So do we want a string endorsement? Of course!

Our band is composed of musicians who live in Seattle, New York, Nashville, and Lafayette Louisiana. Before our western tours, we spend a day rehearsing at Ethan’s house in Seattle. For the east we rehearse at Jim’s in New York. No crazy experiences, just a lot of picking, grinning, and down-home cooking, which we all love to do.

Cahalen (age 9): Mutton Buster: “my spurs got caught in the wool and that lamb turned into a bull…”

Initially, we played informally around Seattle and then traveled a bit under a few different band names. Our first gig as Western Centuries was at the Wintergrass Festival in Seattle in February 2016. It turned out to be really fun, so we continued from there…

We’ve enjoyed our day jobs a lot, but nothing compares to playing music.

It’s amazing how slowly the income level of musicians has gone up over the past 10 or even 20 years – at least for the music world we live in! For our band in particular, we’re able to hire some of the most talented musicians in roots music, but the pay levels compared to the skill levels are downright embarrassing. We’ve been a band for five years now and we’re finally starting to see some improvement, but we don’t expect things to change dramatically over the next decade.

That question is too hard. It doesn’t seem like we’ve learned very much yet.

In an age when independence is idolized and every person seems to be seeking their own lone wolf career path, Seattle-based roots band Western Centuries believes that the way forward is better together. Collaboration, inspiration and mutual admiration are what Cahalen Morrison, Ethan Lawton, and Jim Miller cite as the heart of their project. Western Centuries celebrates their third album as a “band’s band” with the release of Call the Captain, (a tongue-in-cheek reference to the band’s lack of hierarchy), out now on Free Dirt Records.

Morrison and Lawton met in Seattle, where Morrison was playing primarily as part of acoustic duo Cahalen Morrison & Eli West, and Lawton was working with Zoe Muth and the Lost High Rollers. The two began playing together casually, and bonded over their love for a few Dirk Powell records which featured Jim Miller’s singing. When they heard that Miller had moved to Seattle they made a point to connect with him and the three found a shared artistic outlook as well as a burgeoning friendship. Each an established musician in his own right, Morrison, Lawton and Miller (a founding member of roots-jam band Donna the Buffalo) share lead singer and songwriter duties, while swapping instruments onstage with ease.