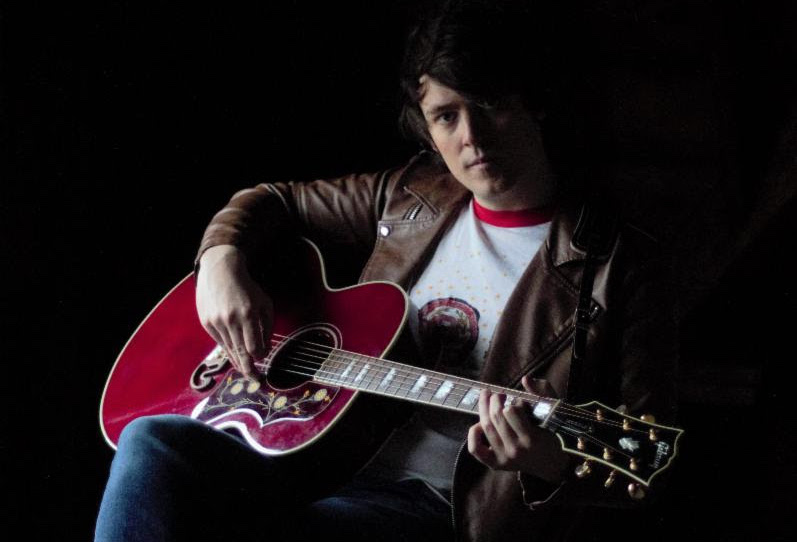 A Chevrolet Express van aka “Dick Van Dyke”. We’ve put 150k miles on Sir Dyke through the years…And it was the best of times, it was the worst of times. The worst of times was when we got stranded in Ogallala, Nebraska for 3 days when they shutdown the interstate on us due to a blizzard. See and hear all about it in this animated video by our web guru, Alex Rosas:

I’ve been a vegetarian for almost 10 years, so you might think that’s a struggle. But even most fast food places these days have options. That wasn’t always the case. I remember eating a lot of peanut butter and jelly on early tours.

Maybe a couple strings a year. I don’t really change my strings until I need to. I went a year once without changing strings but I’m a rhythm acoustic player. Usually acoustic guitars plugged into PA systems sound too bright and tinny, so I let ’em get worn down.

My rehearsal space is just my living room. I have a 100-year-old baby grand piano there that was gifted to me by a stranger. That’s pretty crazy, eh? We have these Christmas parties every year where we print out music and sing sad bastard songs. Those get pretty wild. One rule: No Christmas songs!

“As Long As You’re Feelin’ Alright” – I’ll spare your readers from any of the cringe-worthy lyrics!

We had a monthly residency at this small coffeehouse called the Blue Moon in Red Wing, MN. It was right within the city’s old downtown which is home to Red Wing Shoes and is right off Highway 61. We’d pack it in with all our friends and of course play songs like “Highway 61 Revisited.”

My last and favorite job was programming music for Milwaukee’s NPR station, WUWM 89.7 FM. They let me have my own theme time style show called “Lawyers, Guns and Money” after the Warren Zevon song.

Well, I’ve gotten involved with some music licensing projects in recent years that have helped a bit. Fortunately, that’s one area of the industry where there’s still some money. Otherwise, I’m getting creative with merch like this “On, Wisconsin” Anodyne Coffee inspired by my co-write with Bob Dylan about my home state. 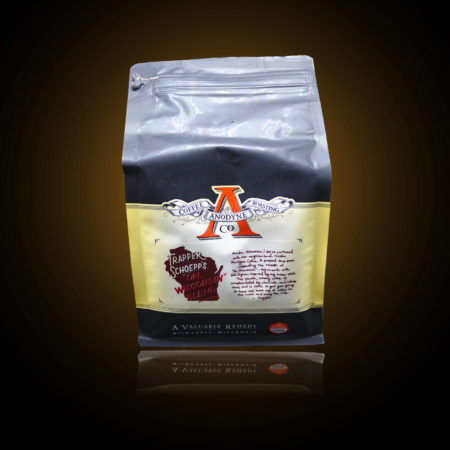 Milwaukee-based tunesmith Trapper Schoepp had been on a roll, earning acclaim as one of America’s most gifted new singer-songwriters, singled out for his remarkably detailed tales of characters on the fringes of society. His Brendan Benson-produced second album, 2016’s Rangers & Valentines, was hailed among that year’s finest, declared a “mini masterpiece” by Relix after being named Billboard’s “Best of the Week.” But by the time 2016 came to its end, Schoepp had split with his longtime partner, been all but forced out of his longtime home and band clubhouse by a new landlord, and worst of all, painfully re-herniated a disc in his back that had plagued him for years.

“And then on top of all that,” he says, “We got a new president. That put me into an even darker space.”

Heartbroken but unbowed, Schoepp found solace and direction in his music, devoting his substantial energies to crafting the just released Primetime Illusion, his most emotional and expertly crafted collection of songs thus far.

Connect with Schoepp online and on the road.