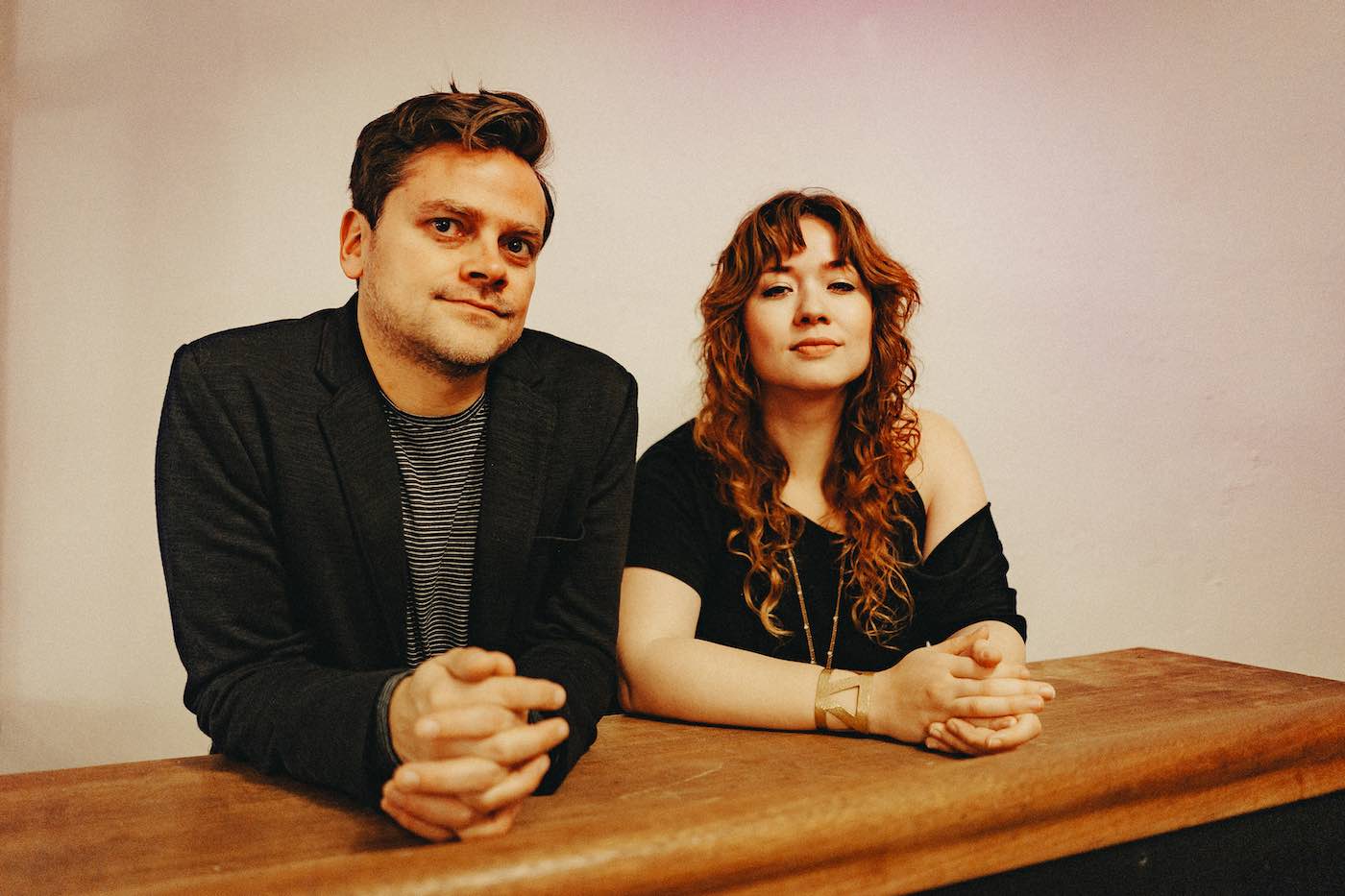 Chuck E. Costa: We mostly tour just the two of us and when we do it is in our Chevy VOLT. It’s an electric car (and has a gas powered generator backup). We’ve put 218,000 miles on it so far. It’s pretty exciting to think about how much this car has decreased our carbon footprint. It’s a hatchback and pretty tiny though. We joke that we couldn’t even add a harmonica to our set because we’re just plain out of room!

The car has been incredibly reliable so happily no crazy breakdown stories. But we always compete with each other to get further on the battery and once Mira was pulled dover on I-90 in Massachusetts for driving too slow! 45mph… on the Interstate.

Mira Costa: We really try to treat ourselves like we’re athletes on the road as best we can. It’s the only way we’ve found to sustain physical and emotional energy on tour, and how we eat is a big part of that. We eat unprocessed whenever possible, we’re vegetarians, we seek out places to stay on the road where we can cook (and we often travel with our own mason jar pantry and at times a camping stove), and sometimes we travel with a blender — and have made smoothies wherever we’ve been able to find a plug — be that a hotel lobby or gas station entryway. So, it requires humility haha.

Chuck: We only break roughly a string or two a year. Must be our gentle approach… So only a couple of bucks to replace 🙂

Mira: We live in Troy, NY and our rehearsal space is in one of the top floors of an old victorian building in town. All of the things we love about being in an old building are also all the things that make it more difficult and peculiar.

Chuck: Title: “Synonym” “You are my Synonym, we are different words but mean the same thing”

Mira: Title: “Monster Under My Bed” , co-written with her dad at age 4. “There’s a monster under my bed, that’s right you heard what I said!”

Chuck: It was at a lovely little coffee shop in PA called Burlap and Bean. Mira was mostly just singing harmonies on my songs. At that point, I had played a bunch of shows already but Mira was still a newbie. She may have said exactly zero words on stage that night.

Mira: Yes, I was terrified to speak on stage when we started!

Mira: My last day job was as an event coordinator at Matthaei Botanical Gardens & Nichols Arboretum in Ann Arbor, Michigan—a job I continued into for a few months after a work-study job in college, and I loved that one. I mostly worked in restaurants and interned a lot before I discovered I wanted to play music. I had some magical internships when I first moved to New York City…at STEPS on Broadway a dance studio, the People’s Improv Theatre, and for a small theatre company called Back House Productions in the basement of the Drama Book Shop while they workshopped an early version of In The Heights. The world was so new to me at that time, and I loved being around so many creative people who were so passionately living with what seemed like such purpose—it really made me want to work to always try to be brave in whatever I do.

Mira: Our goal from the beginning has always been to make music for a living, and to diversify the ways we do that. Our income has gone up every year mostly because we’ve worked to keep growing all of those different areas of what we do—and hopefully we’ve gotten better at all of them in the meantime too! And, man…who knows what anything will look like anymore, ya know…—it starts to feel impossible to make any predictions about the future in these unknown times, but it seems that being an artist in the world now requires that we be flexible—so to us, that looks like continuing to find ways to empower ourselves to be creative in every way that we feel inspired to be—and staying open to learn anything we may need to learn at any moment.

Mira: I think it’s easy to feel like things aren’t happening the way you want them to when you’re starting out, and certainly not as quickly—just trying to get your footing can feel overwhelming. But I think now, there are reasons for the time. There are so many hard won lessons in the time. And I think that’s part of choosing the thing that you love to do most in the world…you have to be in love with that thing, the whole thing, the practice of it…because you will live by the way it shapes how you experience the world.

Upstate New York based indie folk-pop duo-band The Sea The Sea is comprised of Mira and Chuck E. Costa. Their 2014 debut release, Love We Are We Love, received praise from NPR, American Songwriter, and No Depression, among others, gathering over 15 million streams on Spotify. The animated video for their song “Waiting” sparked viral interest including Buzzfeed, Pitchfork, and inclusion at the international TED 2015 conference.

Their 2016 release, the six-song EP In the Altogether, earned features by Apple Music including “Best of the Week” and “A-List Singer/Songwriter.”

Stumbling Home, the group’s latest album, was released on 28 August. Connect with the duo online and (eventually) on the road.

The Sea The Sea will be premiering a special concert film at 8pm et on Friday, 23 October. See below for a preview video and some comments from the group about the film. It will premiere via their Facebook and YouTube pages.

The idea for this concert film began as an idea for a live broadcasted show from the rooftop of the building where our studio space is located, the Takk House in Troy, NY. That may still happen on down the road, but we realized in the process that what we were most inspired to do, is the thing that we’ll most likely be inspired to do for every album we make from now on: capture a live version of the entirety of the record, cover to cover, in a really beautiful place. And while we’ve loved and continue to love the experience of the live-streams during quarantine—particularly for how they allow us to speak to and connect directly with our fans—we wanted to make something for them and for us that is only the songs, exactly as they are performed live. And being home from the road for the first time in so long, it feels like a welcome opportunity to bring everyone to where we are for the first time, and show them a little bit of the place we call home.