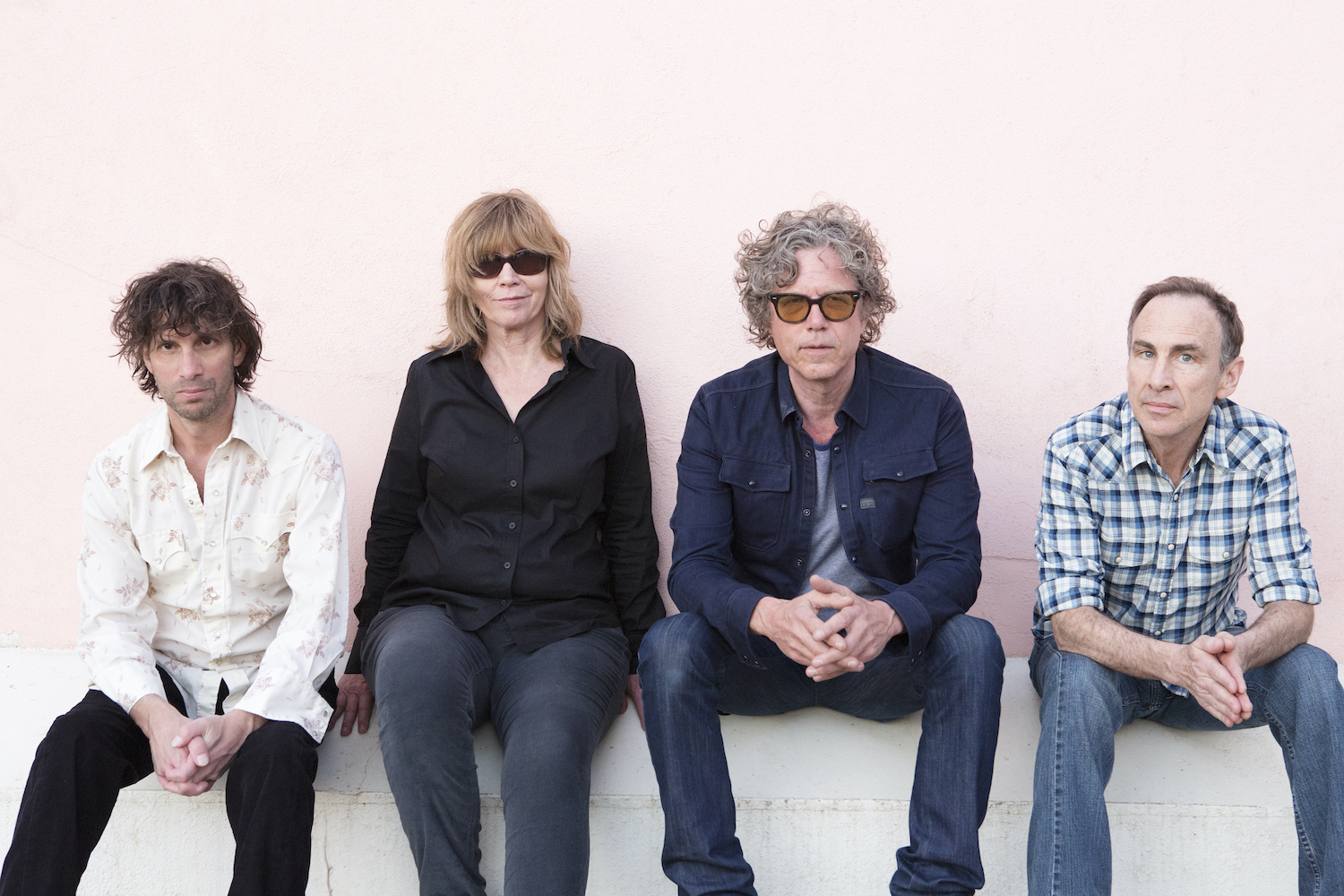 Band: We rent! Usually a minivan if we drive, or a bus.

Marc Perlman: Not a money issue, I just have terrible eating habits on the road. Rest of the band is much more well-adjusted. I’m very picky and controlling about what I eat and when. Drives the band crazy. Like Keith RIchards and his Shepherds Pie or Ringo and his cans of beans.

Gary Louris: I rarely break a string (knock on wood!). I think it is because my style of playing involves a soft touch, which I believe gives me a sweeter tone. On electric I crank the amp up but hit the strings lightly….that way you don’t choke the tone.

Perlman: Nothing out of the ordinary. A building of rehearsal spaces. Spaces are expensive and at a premium in the Twin Cities so we share it with a couple bands. I’d like to say we practice and party all night… wine, women and song… but the truth is we start at 11am and try to be done by 3pm to avoid rush hour. Just us four. No wine but with Karen at least we got the women and song covered.

Perlman: The first one was just before Gary joined, opening slot at a club called The Uptown. I had played bass for all of a week. Not enough crowd to make me nervous. We closed with a cool sonic version of “I’m Still Lonesome I Could Cry”. The next was with Gary soon after at an Oddfellows Hall a couple blocks from our rehearsal space. Bunch of local punk bands and us. Lots of dudes. Little odd but those very early days we played hard and fast enough to kind of fit in.

Louris: My last job was as an architect. That ended in 1991 when we signed to Def American Recordings. That was my favorite job, especially when I worked for an historic restoration firm.

Louris: Well obviously my income has taken a big hit with Covid. All our shows have been cancelled and with people getting music for free the main sources of income for a musician nowadays besides sync rights are touring and merchandise. So all musicians who tour have taken a hit. Ironically the band had planned to tour quite a bit more than the last few years as we found we missed being out there. That plan has changed and hope to make up all shows as soon as it is safe….which will be quite awhile I believe.

I hope that in the future my income will increase with the discovery of a vaccine. Also I have signed a new publishing deal with a fantastic company (Wixen) and I believe this will be a boost for me.

Perlman:. That it was going to last this long. And that no one will hire you if you’re over 40 and all you can put down on your resume is “I played in a band for the last 35 years”.

One of the most enduring and beloved groups of the last thirty years, The Jayhawks first emerged from Minneapolis in the mid-1980’s, though their commercial and critical breakthrough didn’t arrive until the release of their 1992 masterpiece, Hollywood Town Hall.

Over the ensuing decades, the band would go on to record a series of highly influential albums and tour the world countless times over, sharing stages with everyone from Bob Dylan and Tom Petty to Lucinda Williams and Wilco along the way.

Following an extended hiatus in the mid-2000’s, Louris and his long-time bandmates — bassist Marc Perlman, drummer Tim O’Reagan, and keyboardist Karen Grotberg — returned to the studio, most recently releasing the acclaimed Paging Mr. Proust and Back Roads and Abandoned Motels in 2016 and 2018, respectively.

XOXO, their latest album, was released on 10 July. Connect with the band online and (eventually) on the road.