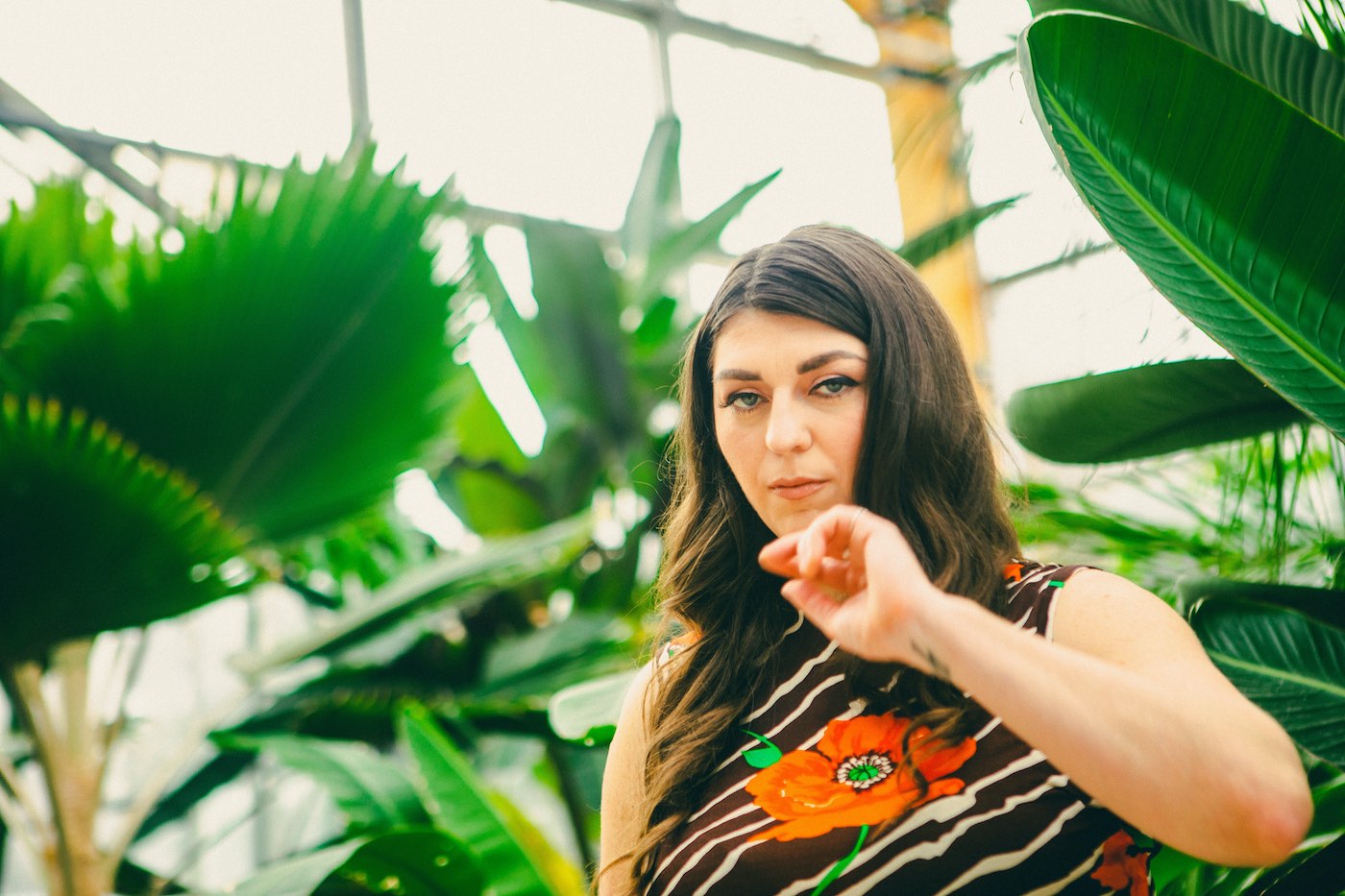 We drive a Sprinter. We’ve put about 200,000 km on it, around 125,000 miles. One time in Brandon, Manitoba, we were playing a bar that was attached to a Chicken Chef restaurant, which was attached to the Best Western we were staying at. We didn’t even have to go outside to go to the show. It was January, one of the coldest on record. I remember getting paid in the kitchen of the Chicken Chef after it was closed. In the morning, the van wouldn’t start because it was so lethally cold: -30C/-22F, felt like -38C/-32F. Luckily, our bass player had his friend’s CAA card number, so a guy showed up and helped us get it going. But we have not eaten at Chicken Chef since.

It’s impossible to do both! I like to buy a bunch of spinach and munch on it in the van. We used to bring a blender and make smoothies but, honestly, it’s too much. Now we just enjoy the ride wherever we are, do our best to sleep well, and drink good coffee.

I very rarely break strings. When I opened for the Posies, I would go out for their encore song and do a dueling guitar solo with Jon Auer, which would end with us ripping the strings off each other’s guitars. I tried it again by myself at a Canadian summer festival — to be rock and roll, which it probably was — but my finger was so bruised after, I thought it was broken. (A nurse who was also a fan checked me out at the merch table after the show and told me I was fine.)

Well it’s in the basement of a building in Hamilton, Ontario, right downtown. I think it used to be a strip club. Is that sufficiently crazy!?

It was untitled and instrumental. I wrote it on piano after watching a particularly sad episode of some show I liked when I was 10. Maybe Breaker High with Ryan Gosling?

I was 14 years old. It was with my punk band, which happened to be all girls. The drummer’s dad also had a band and they invited us to play three songs and open for them at a place called The American House in Waterdown, the town I grew up in. I remember being so nervous I could barely speak, and I’m pretty certain that we sucked.

My last (and best) day job was walking dogs. I would take them into the forest trails around Hamilton and let them off leash. It was a crazy job (it’s pretty manic to have five dogs in a car at any time) but I love dogs, so it was so much fun for me. That was at least five years ago, and I’m lucky to have been making a living with music ever since.

I really like writing for other people now, and I also started producing records for other artists last year. I didn’t really know I could do it. In five or ten years, I’d like to be writing more for other people and have a studio where I can produce records for myself and others — and playing live, of course. I love rock n roll more than anything!

So many things! I wish I knew it was going to be so much more difficult than I imagined, but at the same time, it would all be worth it. Music is in my bones, in my blood. It makes me so happy to be able to share it with people around the world. it makes me feel deeply fulfilled, which is all anyone can really ask for.

Consider the Speed, Terra Lightfoot’s latest release, is the result of the artist finding new roots on the road, more at home in her own skin than ever before. The artist’s relentless drive as a touring performer has earned her the distinction of becoming the first female recipient of the Canadian Independent Music Association’s Road Gold distinction, in recognition of having sold more than 25,000 tickets in Canadian markets in a single calendar year. And in addition to millions of miles logged while touring the globe, including marquee tour dates supporting legendary acts like Willie Nelson, Bruce Cockburn and Blue Rodeo, Lightfoot also found time to conceive, curate and produce “The Longest Road Show,” a groundbreaking touring revue.

Consider the Speed follows Lightfoot’s 2017 album New Mistakes, which was long listed for the Polaris Music Prize and nominated for a JUNO Award for Best Adult Alternative Album, with its lead single “Paradise” also earning a production nomination as well as a SOCAN #1 Song Award.

Connect with Lightfoot online and (eventually) on the road.