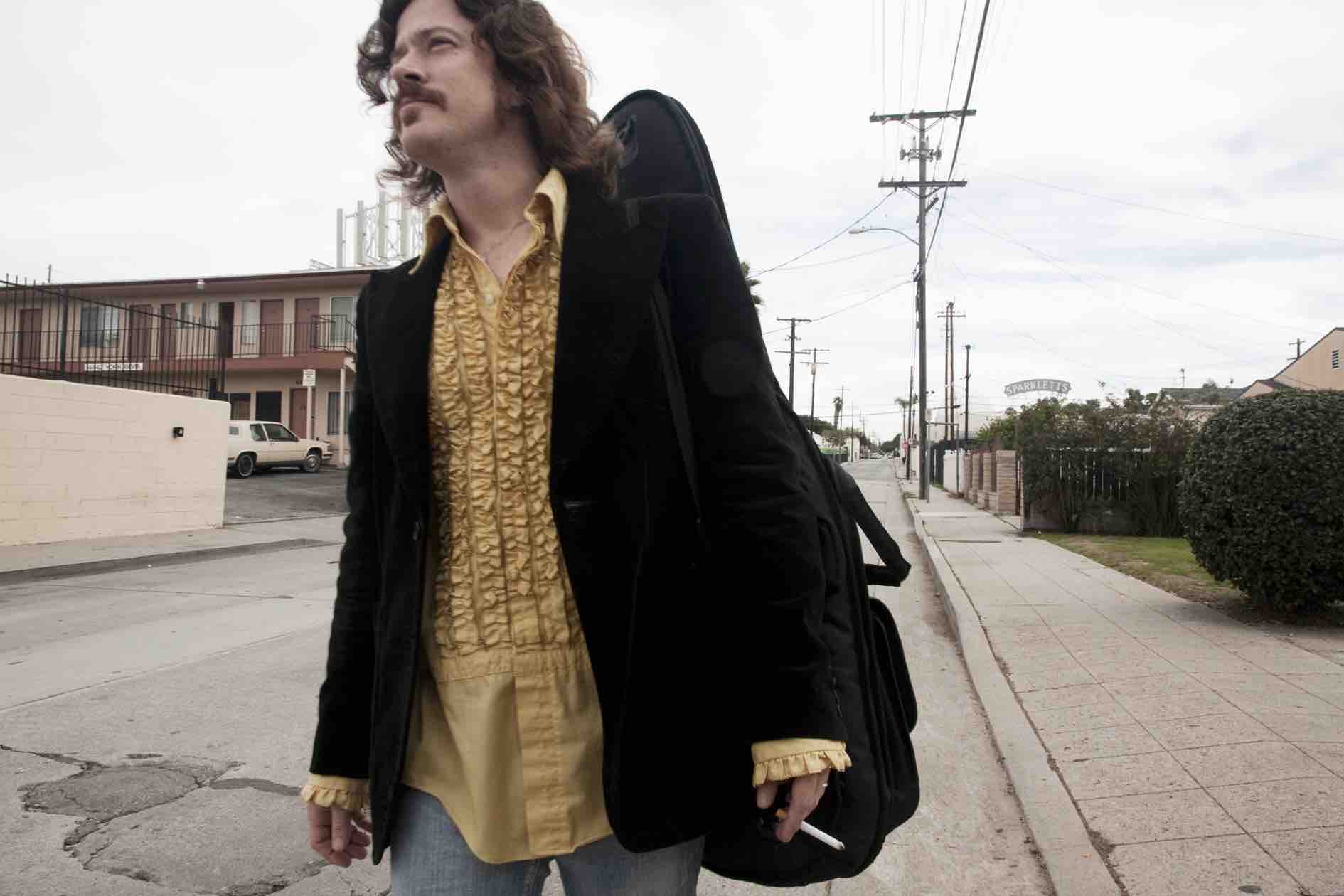 My touring vehicle nowadays is a rental car of some kind. I do most of my touring by flying to a city and then renting a car to drive around for the tour.

My best breakdown story happened back when I was doing a lot of van touring. It must have been around 2000 and I was driving from Portland OR to Sun Valley ID on an overnight drive. At around 7 am, about 3 hours from Sun Valley, we broke a part of a rear wheel right where it connects to the axle. We ended up getting towed by an incredibly sweet tow truck driver who brought us to his garage in a TINY town in rural Idaho. It was going to take 24 hours to get the part we needed so he actually lent us his old pickup truck that could only go about 40 miles an hour. We drove that truck to make it to the gig that night in Sun Valley. Then I drove back a few days later to pick up our van, which he had fixed. We went back to play a July 4th festival in that little town a few years later.

I eat a lot of salads at diners. And a lot of breakfast wraps and grilled chicken sandwiches at Subway.

My rehearsal space is my living room. I really like doing homey low volume rehearsals in my living room. When its quiet, you can’t hide behind the fun of loud volumes and you have to make the music subtle and you really focus on the arrangements. Then when you turn up at the gig later, I find, the subtlety stays in our mindset and makes the music better.

“Chickens are People Too”. The only lyric I remember is “Chickens are really cool people too … you just get to get to know them”.

I was probably 14 and had just gotten my first 4 track tape recorder. It was a mid tempo blues song and I played electric guitar, electric bass and had a drum machine. I bounced those 3 tracks down to the 4th track so I could sing the lead and have two tracks of “ooh-wha” Andrew sisters meets Beach Boys harmony. I knew it was goofy at the time and I’d be afraid to listen to it now. I’m sure it was horrible, but you gotta start somewhere, right?

My first gig was a coffee house at our local community center. I was probably 13 and had only been in my first rock band for about 6 months. We were called Peter, Paul and Satan and were the opening act for the hippie classic rock band of the guys who were the cool juniors and seniors in our high school. We did “Summer of ’69” and “Jump” and I don’t know what else. I remember being afraid to look at the audience and just focusing on the friends of mine I was playing with in the band.

I also remember one of the cool girls in our high school actually talking to me for the first time after the set and she said “That was hot.” It was one of my first moments of a beautiful girl actually talking to me in high school. It’s not really the reason I kept playing but I still remember that moment to this day and I immediately became fascinated with the idea that a bunch of nerdy unpopular guys could play music and all of a sudden be in a band that could somehow fool the popular kids into accept you. It was a really memorable ‘Breakfast Club’ moment for me.

I finished college, moved to Seattle and pretty much immediately started playing music for a living. For my first few years there, I was giving private lessons to help pay the bills. For a while I had 10 or 15 students a week and I would teach electric or acoustic bass, guitar or jazz music theory to different students. When I was in high school I was a dish washer at a local restaurant for about 6 months. Then in college, my bands were playing a lot of local gigs and frat and sorority parties so I actually paid a lot my college tuition and expenses with my bands.

My favorite day job would be playing bass with Shooter Jennings. I’ve been playing with off and on with him for about 15 years. That’s pretty far from you average day job though because I really respect him and enjoy his music and I’ve been a big part of making and recording that music since I’ve known him. I don’t really consider Shooter my day job and making my own music my real or more personal job. I really love doing both.

Thankfully, my income has gradually increased every batch of years I’ve been making music for living (which is about 20 now). I like to believe it’s because I’m getting better at what I do and am hopefully making slightly smarter choices every year. In 5 or 10 years I hope to just continue making music for a living. I make my own records and tour to promote them, I make records and tour with Shooter Jennings, I produce records, I do sessions and gigs as a sideman at home in L.A. I consider myself a career musician and, assuming I don’t get hugely famous or write a million selling hit song, I just want to continue on the road I’m on and keep writing songs, making records, trying to play good music so it keeps paying my mortgage (which enables me to make more music).

I definitely had some good music teachers growing up, but I wish I had one that I connected to earlier and deeper so I would have been more serious about it when I was a kid. I got extremely serious as I went along, but I really felt like I was playing catch up for much of my teens and 20s. I never had any real mentors. I turned out ok and I enjoyed the journey so I’m not really upset about my life and career but it took me along time to learn some vital things and a lot if it was trial and error.

Ted Russell Kamp is an LA-based bass player, singer/songwriter and producer who writes, records and travels the world performing his own country / roots / Americana music from his eleven critically-acclaimed albums. Kamp also plays live, records sessions, and collaborates on songs with A-list songwriters and musicians in L.A., Nashville, Austin and around the world. He often works out of his home studio — The Den — and has produced several well-received albums for fellow artists there.

Walkin’ Shoes, Kamp’s latest solo recording, was released earlier this year. Connect with Kamp online and on the road.