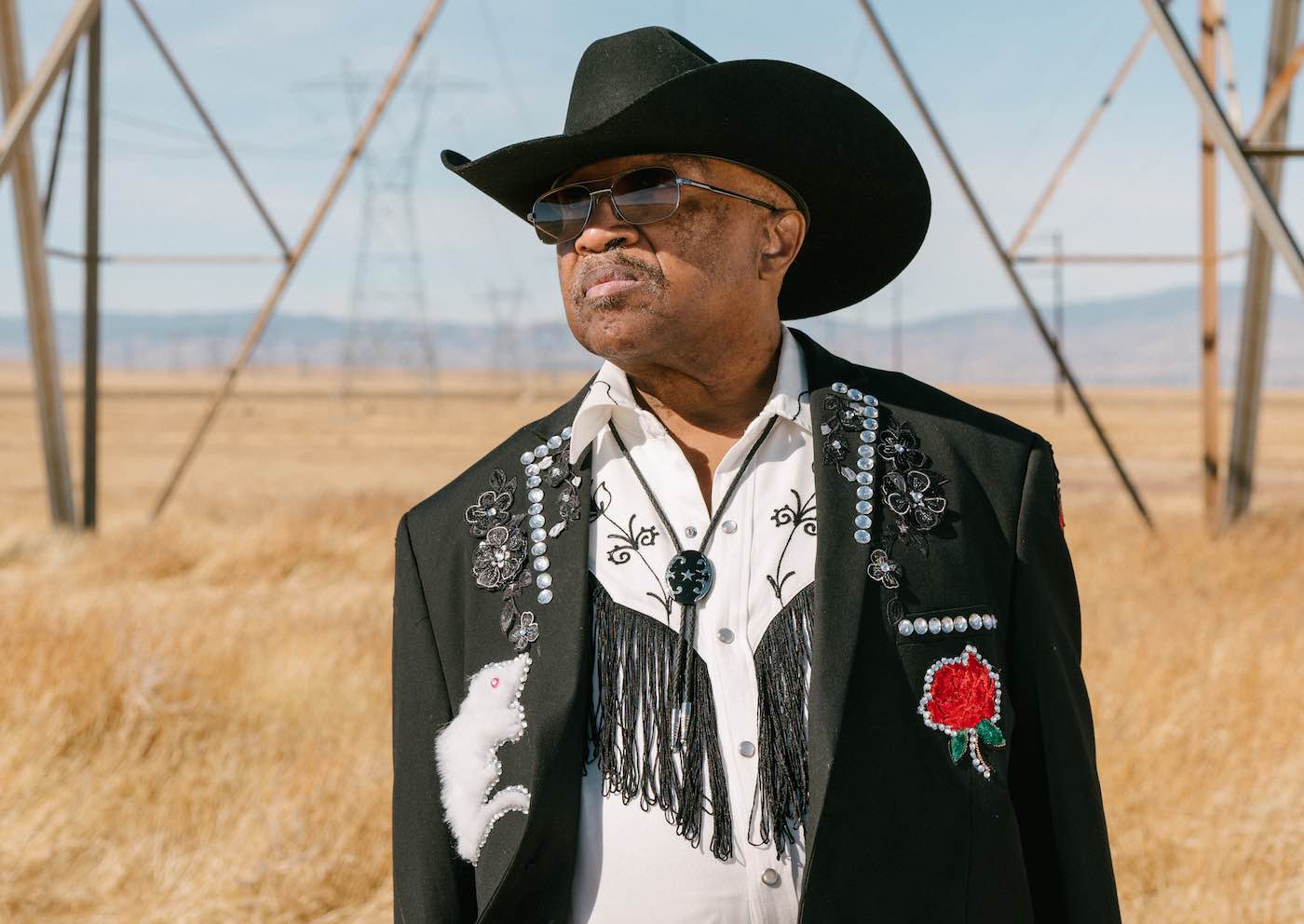 Swamp Dogg has played by his own rules over the course of a career spanning more than 60 years. So it shouldn’t be a surprise that he took some liberties with our interview as well. We sent our questions and expected, as we always do, email responses. Instead, we got an audio file recorded in his home studio.

We’ve transcribed (and slightly edited) it for your reading enjoyment, but scroll down for the full audio experience.

Continental Airlines, United Airlines. That’s how I travel, by plane.

I haven’t had to make any major repairs to them. I’ve had to pay more than I used to pay. And no, no break down stories. If so, I wouldn’t be giving this dissertation.

I don’t. You know, I eat whatever is available. You stay in hotels and so forth that are way back out on the highway and nothing’s out there but a 7-Eleven, one of those 7-Eleven type places, and you go in there and you buy cookies and stuff and carry it back to your room. That’s about it. That’s how you eat cheaply.

Now most gigs, they supply two meals a day. And some just one but that’s… You can’t eat cheaper than that – somebody’s giving you the food. OK, the food is really no good usually, but hey.

I rehearse in my studio, where I am right now. Which is in my, this used to be, the room used to be considered a family room, but I’m not using it as a family room, and that’s mainly because I want a studio. I don’t know how big this room is, it’s not that big, but we get some great songs out of here.

And as far as crazy experiences, not a lot because we have a way of getting people out of the way as soon as we possibly can. So we could just about tell when you walk in, if you crazy, so we don’t have to go through that.

It was called “Sweet Sue” and the lyric is not a sample lyric. This is the real lyric. I’m gonna sing it.

Down on the farm where I come from,
We used to have a lot of fun,
but it ain’t news, news, news
that I’m in love with sweet Sue.

I took her hand, walked her to the barn
We rocked and rolled until the morning come,
Well it ain’t news news news,
Well, I’m in love with sweet Sue.

Now I never said it was a great song or anything like that, but that’s the song.

My first gig. Well, I was about 11 – 10 or 11 – and I sang pretty good. I was one of those kids who had a little gift and I used to sing with society bands. They would either have me wait on stage, like behind the drummer, behind the curtain, or if we were out of town, I’d have to stay on the bus until time for me to go home because these places, so liquor and so forth and minors weren’t supposed to be in there, but I was with some good people. Frank Wilson, senior. He played organ and hired me a lot, so my gigs were nice, gigs were real nice.

The first one I had to, this was the biggest car dealer in Miami and they wanted me to… I thought I was going to be a car salesman. First of all, I couldn’t drive but I didn’t tell him that. So, they quickly found out and I used to have to go out there at like five o’clock in the morning and wash all, wipe all the dew off of, the cars.

Which after the first day of that, and they were really real, you know, when they advertise “we have hundreds, thousands of cars” – they did. I counted every damn one of them. And, you know, I quit that job.

I did stay about two days. And the guy who was the manager, he gave me a break. I didn’t have a car, anyway, but I did learn how to drive. And he gave me a 1955 black and white Crown Victoria Ford to play if I would play his daughter’s wedding. So I did. He gave me the car.

The next day job, I went to a place called Benner Box, and they just make boxes, all shapes and sizes, and after I had been there a couple of days, they asked me, did I know how to run a… what’s that damn thing that you pull up pallets of… a forklift! They asked me if I knew how to drive a forklift. I said, yeah, and I got on there and, man, people start scurrying out, jumping on the forklift, grabbing the brake and everything, because, I mean, I was stomping on it and I didn’t know what I was doing. But I have watched so many people do it.
I thought it wasn’t nothing to it. So, hey, that was my last job.

That’s real personal, but let’s just say I make more than I used to make, but that ain’t raisin’ no hell.

What do I expect it to look like five or 10 years from now?

Well, I’m gonna be 78 in another few days on July 12, and hopefully I’ll be another five or 10 years, so I’m gonna need somebody else to more likely calculate what my income is then. Somebody, whoever is controlling the estate, because it won’t be me more than likely.

That’s the best question. And the hardest question. What one thing or what one fact, do you know that that you wished you knew when you started your career in music?

I wish I had continued with my piano lessons, which were 50 cents a lesson. I used to go right by the lady’s house, Miss Watkins, and go take that 50 cents – a lot of money – that take that 50 cents and I go to the movies, buy popcorn. You could damn near buy car with 50 cents, but that was it.

I don’t play piano the way I really hear it and want to do it. And I always end up having a back up and I consider my piano playing as rhythm piano (that’s a little thing I made up to cover myself).

Swamp Dogg signing the hell off!

Jerry Williams (a.k.a. Swamp Dogg) began his professional singing career as Little Jerry Williams back in the ’50s before working as an A&R man for Atlantic Records in the late ’60s. His biggest hit is actually a country song: 1970’s “Don’t Take Her (She’s All I Got).” Written with his best friend Gary U.S. Bonds, the track is country in that woeful, underdog-baring-their-soul sort of way that for some reason only country songs really ever allow themselves to be. Freddie North covered it first and made it a Top 40 pop song, but Johnny Paycheck took it all the way to #2 on the country charts in 1971.

While the 78-year-old Williams’ most enduring persona is the psychedelic soul superhero Swamp Dogg — a musical vigilante upholding truths both personal and political since 1970’s immortal album Total Destruction to Your Mind — he will tell you that he’s considered himself country this entire time.

Following 2018’s critically acclaimed, Ryan Olson-produced Love, Loss, and Auto-Tune — his first LP to debut on 11 Billboard charts (including at #7 on Heatseekers) and his first chart ink since his 1970 song “Mama’s Baby – Daddy’s Maybe” — Sorry You Couldn’t Make It, released on March 6, allows Swamp to finally dive into the sound he grew up playing. With the support of Pioneer Works Press, the album was recorded at Nashville’s Sound Emporium with Olson as producer once again, with backing by a crack studio band led by Derick Lee, a keyboard virtuoso who worked as the musical director of BET’s Bobby Jones Gospel Show for nearly four decades. Nashville guitar firebrand Jim Oblon combusts his way through lead duties, while frequent collaborator Moogstar and special guests Justin Vernon (Bon Iver), John Prine, Jenny Lewis, Channy Leaneagh and Chris Beirden of Poliça, and Sam Amidon join the action throughout.