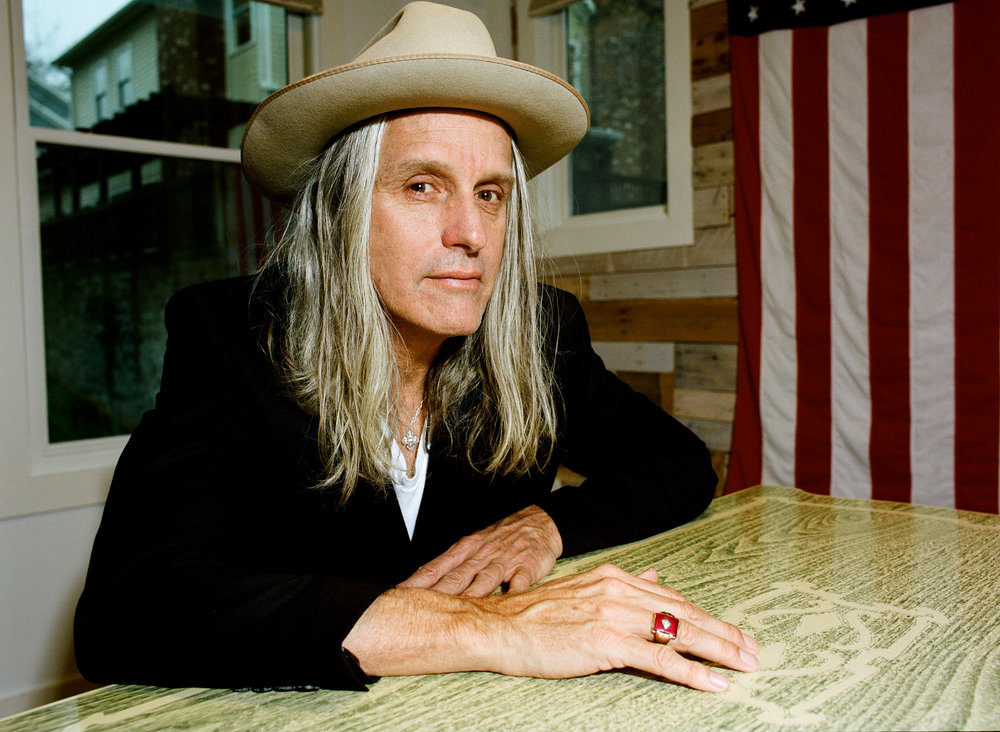 I used to have a tour vehicle but things have changed. I’m like a millennial – I don’t own anything anymore. I prefer rentals. Now I just rent cars everywhere I go. I kinda dig it. You can usually pick the exact car you want. There’s a whole aisle of em! It’s exciting. I usually pick the one with hardly any miles. A couple months ago I got one that was fresh off the boat. It had 7 miles. What I’m wondering is how did it get 7 miles? Did some drunk dude at a factory take it out for a quick spin off of the assembly line? I like full size really fast cars. I recently got a warning letter from the Department Of Motor Vehicles that said, “you may THINK you’re a good driver but our records show you have too many speeding violations. You are in danger of losing your license.” So now I’m constantly on the lookout for cops. I’m like a bank robber. WAZE usually alerts you as to where the cops are hiding out. Never speed past a donut shop because donuts are good. They’re one of the four food groups. Are there still four food groups? Who makes up the food groups? I wanna be on that committee.

This is a good segue. I never worry about spending money on food. I treat myself well. I don’t have extravagant tastes. I just like good food. I’m an opportunivore. (I made up this word. You can use it but you’ll owe me 6 and 3/4 cents for usage fees. Don’t blame me. I’m just a folksinger trying to make a buck.) Every single morning I eat the same damn thing. Bob’s Redmill 5 grain oats with flaxseed. I add one tablespoon of almond butter for protein, and the added bonus is that it keeps you from getting hungry two hours later. I also add blueberries and sliced bananas and cinnamon and sliced almonds and other treats. Then I have my cup of tea. My tea of choice that I travel with is PG Tips English breakfast. The water has to be boiling so I like to travel with my own kettle. No one ever gets the water hot enough. I let it steep for four minutes. I shout at my phone “hey Siri, set a timer for four minutes!”

Only after it’s steeped do I add a splash of whole milk. Then I’m ready start my day.

When I was in The Rugburns my moniker was Steve “Stringbreaker” Poltz. But I think it’s because I was drunk all the time and thrashed the eff out of that guitar. Eff stands for fuck.

Now that I don’t drink I don’t break as many strings. It depends if I’m off on some open tuning jag. Then the strings seem to break more often. I’m sponsored by D’Addario strings so I get ‘em pretty cheap. They ship ‘em to me by the case. I have so many that I usually give ‘em to people holding signs asking for money while I’m stopped at traffic lights. They always look at me confused like “what the eff am I supposed to do with these?” Once again, eff means fuck.

Here’s a dirty little secret: I live in Nashville and the D’Addario string rep has an office there. Sometimes I go to visit him and I bring him coffee and he has heaps of strings on his shelves. He has a small bladder. When he steps out of his office to pee, which he always does if wait long enough, then I steal cases and cases of strings. He never notices. I usually feel kind of bad about this but that feeling goes away. Please don’t tell anyone about this. This isn’t going on the internet is it?

My rehearsal space is my hotel room. I was gone 285 days last year. I love hotels. I live in them. I hate staying with people. Their houses usually stink. I want to walk around naked and scratch my balls and play guitar. I guess I could do that at people’s houses but it would be weird to be making tea naked in their kitchen while they read the paper.

In my mind it was a hit. For some reason it never took off.

I played at an air conditioning sales warehouse. Full disclosure- my dad was the manager. He hired my band to play in the corner. He paid us in cheeseburgers. There were all these contractors coming in and going “I need a Rheem 420 swamp cooler and some 12×12 filters and a flux capacitor.” They were annoyed at my music and I was annoyed at their loud voices. I still hate air conditioning contractors to this day.

I haven’t had a job since 1992. I quit. I hate working for people. I was a nipple salesman. I sold pipe nipples for a PVC plastics company. We would have these meetings and the boss would say “for the fiscal year our nipple sales are down. Blah blah blah.” He sounded like the school teacher in Charlie Brown. I finally told my boss I needed a little time off. I started the job in 1985. I quit in 1992. Seven years of drudgery when all wanted to do was play guitar and sing. My boss asked me how much time off I need needed? “Whaddya need? A couple days?” I said “I need nine months. This job isn’t feeding my soul.” He said “go eff yourself.” Once again by now you know what eff means.

But seriously folks. I make my money on the road. I’d be effed if I couldn’t tour. I’m lucky as heck that I get to do this. I hate it when people say “I feel so blessed”. But I gotta tell ya – I feel fucking blessed. Did I say blessed? Yes I did and now I hate myself for it. But I feel super happy to be able to do this. To eek out a living. I used to make music royalties. I had a huge hit with Jewel. That was cool. Nowadays I don’t really make royalties. My income has shifted to that of a road dog. I’ve always been a troubadour so I guess I picked the right line of work. I’m definitely NOT jaded. I still get off on the energy of the live show. I never know what’s gonna happen. So hopefully I’ll still be doing this is ten years. Unless I’m dead. Then I won’t be doing it. But I may be reincarnated as a goat on a hill in Greece. Do goats play guitar? They need opposable thumbs.

How nothing really matters. Just let your freak flag fly. Don’t worry about what others think. Remember the song Garden Party? You can’t please everyone so ya got to please yourself.

But after reading that last paragraph it looks kinda selfish. So I guess I’d say please yourself but also spread joy. If you’re happy it’s usually contagious. Spread joy and love and poop regularly.

Life is too long to NOT do what you want to do.

Throughout over three decades in music, Steve Poltz did it all and more—often shared by way of his rockin’ countrified folk slices of sardonic Americana (hatched in Halifax). Of course, he co-wrote Jewel’s multiplatinum Hot 100-topping megahit “You Were Meant For Me,” but he also went on a whale watch with her and a few federales that turned into a drug bust. The two still share the story at every festival they play together. He made his bones as the frontman for underground legends The Rugburns, who burned rubber crisscrossing the continent on marathon tours and still pop up once in a while for the rare and quickly sold out reunion gig.

In 20 years since his full-length solo debut, One Left Shoe, he blessed the world’s ears with twelve solo records, spanning the acclaimed 2010 Dreamhouse and more recently Folk Singer in 2015. NPR summed it up best, “Critics and fans alike now regard Poltz as a talented and prolific songwriter.” By 2016, he survived a stroke, endured anything the music industry could throw at him, and still performed like “280 days a year.”

Shine On, Poltz’s latest album, was released on March 1st. Connect with him online and on the road.