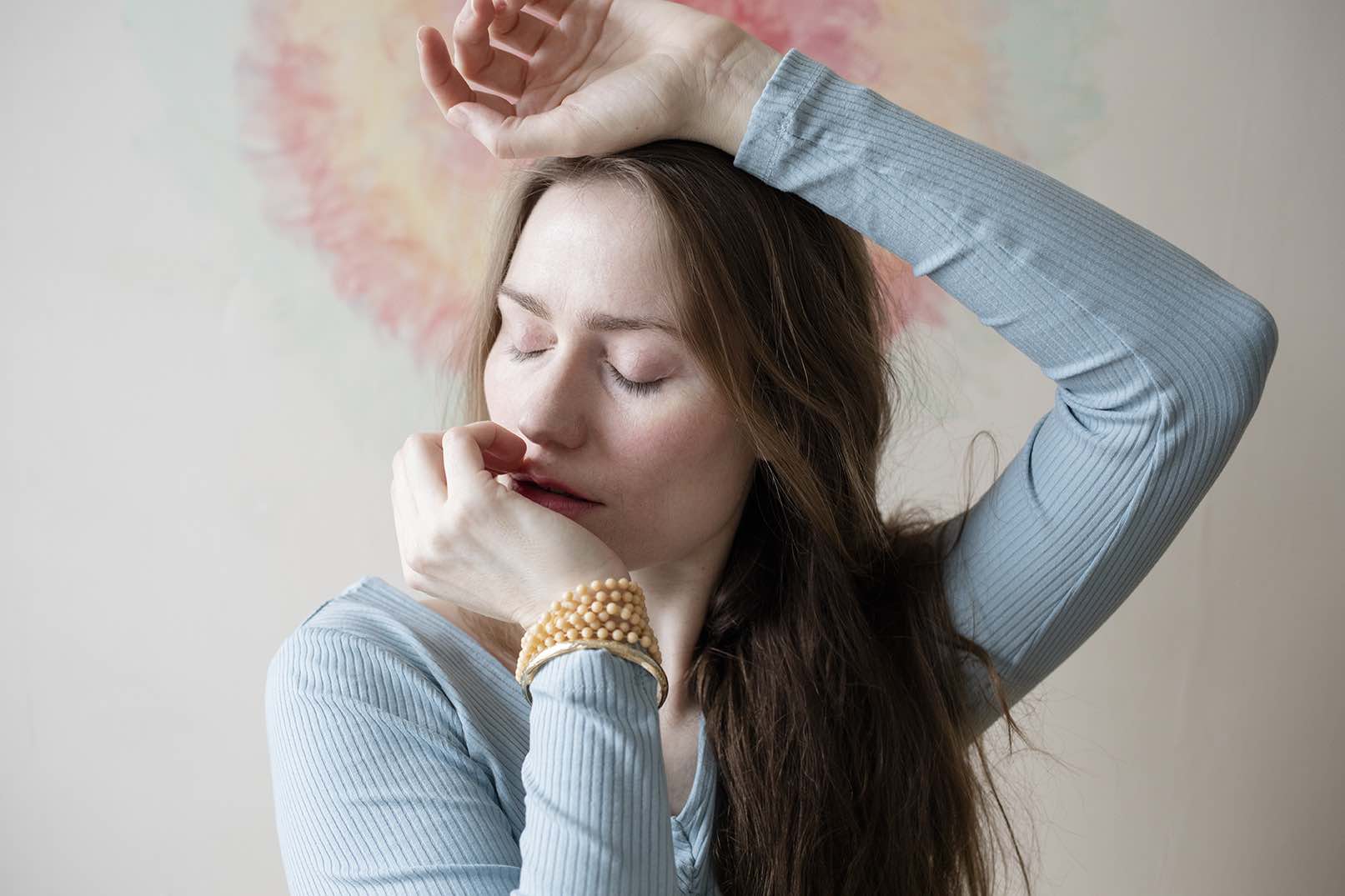 We are currently touring with a black 2003 VW camper. It is very comfortable with about 160,000 miles on the clock. The cozy back seat, which can be turned into a bed, with a table and a small kitchen, is probably my favorite feature. No repairs or break down stories to report (knock on wood!).

The camper has a fridge and mini kitchen, that would help us if stranded in a snowstorm, and that we probably should be using more. But, to be honest, eating healthy is probably something we focus upon when home; touring kind of brings an element of exotic ‘unhealthy’ food with it.

Our rehearsal space is quite central in downtown Oslo. It has pretty much everything we need and is literally wall-to-wall with the studio in which I recorded my latest album When Words Flew Freely. It carries the “charming” smell of wet carpet, and has no air conditioning for hot days and sweaty rehearsals.

Title: “Sitter her og spiller på en gammel gitar” which translates from Norwegian into English as “I’m sitting here strumming an old guitar”. I was about 5 years old – and had no guitar. It also contains the interesting line “Så hva gjør det, plopp, ha deg med en gjerne liten tur” which would translate into something like “So what does it matter, plop, come and join me for a bit”.

I was around 10 years old, singing at a very local happening for the elderly in our small village. I was singing “Twist & Shout”, but could not get passed the “come on, come on, come on, come on baby now” – part, there were just too many “come ons” for a 10-year-old, and I started laughing so hard I finally just had to give up.

My music-related income has slowly increased over the past years. 5-10 years into the future, I’m expecting it to be more sustainable and less hand-to-mouth.

Don’t be so hard on yourself.

Norwegian-American singer/songwriter Signe Marie Rustad was born and raised on a farm in central Norway, where the forest, river and fields have filled her with a deep calmness and never-ending restlessness. As a result, many of her songs carry within them a search for a balance between these elements.

After catching the attention of the growing Americana-loving audience in Norway with her 2012 debut Golden Town – the title a reference to her mother’s hometown Golden, Colorado – Rustad secured her first Spellemann (Norwegian Grammy) nomination with critically acclaimed second album Hearing Colors Seeing Noises (2016).

When Words Flew Freely, Rustad’s latest album, was released in November 2019. Connect with her online.