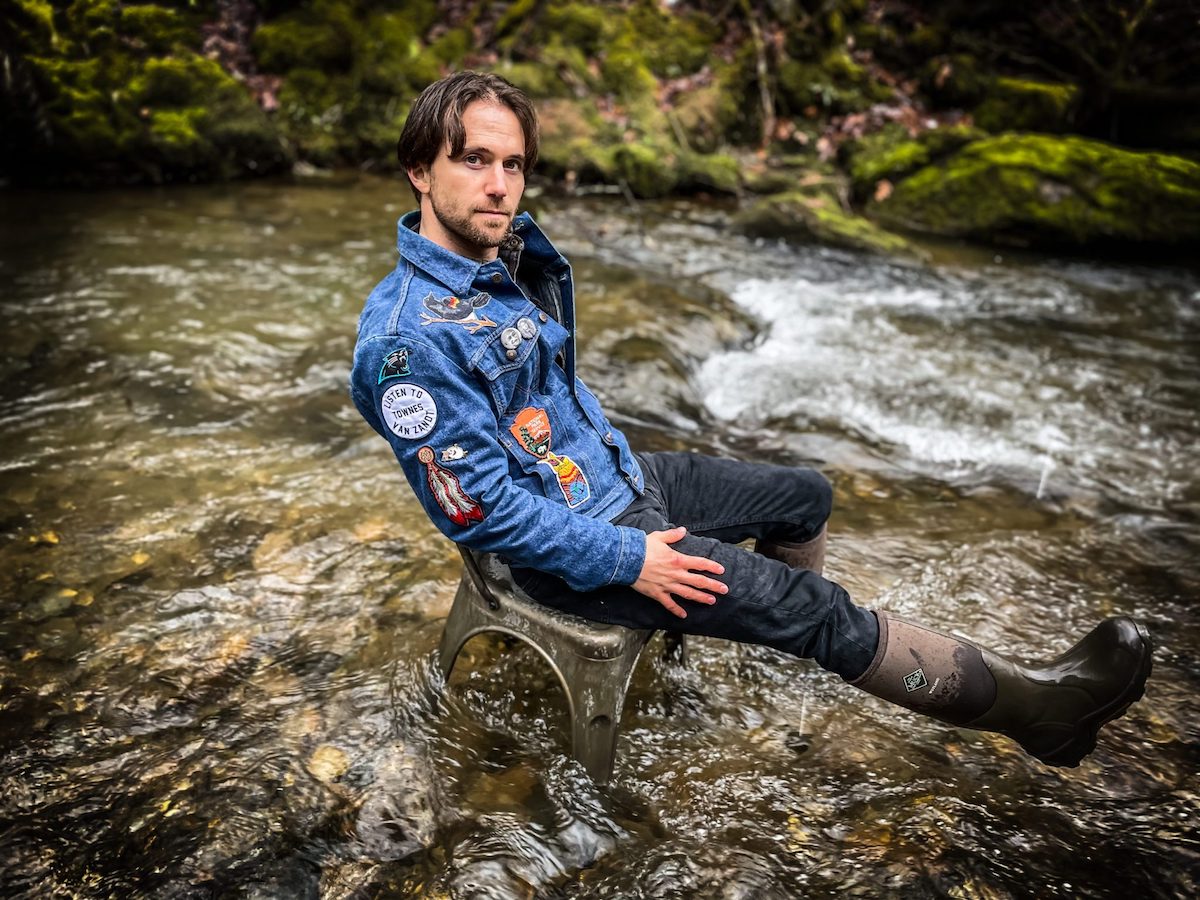 I’ve toured in a wide array of different vehicles. The tour vehicle that I’ve toured the most in was my 1991 Ford Airstream 190 camper fan. It had 80,000 or so miles on it when I sold it last year. As for repairs, I had to replace the fuel pump, and have the transmission tuned up a couple of times. The most memorable break-down story was a blowout just outside of Asheville, NC. The van was pretty heavy so the sound of the tire exploding was really shocking but we got the spare on and made the gig!

This is very hard to do but I try to seek out clean eats when possible and avoid fast food at all costs (pun intended). As for cheap food, I’ve found a grocery store is the best bet most of the time.

As a rhythm guitar player, I rarely break strings (knock on wood). So I’m usually just replacing them every show or two and they cost around $12.

I rehearse with my band here at home in Boone. No crazy experiences to be spoken of but I love catching up with the band and being able to share some good laughs in the living room.

I can’t remember. I’ve been writing songs since high school and the ones from back then all run together. Luckily I didn’t record anything in the opening stages of my songwriting career because I doubt they were any good haha.

A friend and I played a field day event at our high school. It was mostly covers and I remember being so nervous that I barely said a word between songs.

My last and favorite day job is working at vaccine clinics in western North Carolina. It feels good to have a hand in vaccinating our communities.

My music income definitely took a significant hit due to the pandemic. I remain optimistic that as things continue to get back to normal and more folks get vaccinated that more live show opportunities will be there and that fans will be more prone to buy tickets and gather at venues.

There’s not one thing that I wish I would have known but I do wish that I would have done a better job at networking earlier on. In the music business it takes more than talent to get to the next level and relationships/networking can be the factors that really get someone to the next stage in their music career.

The tale of wayfaring songwriter Shay Martin Lovette is shaped by an enduring creative pursuit, an inseparable connection with the natural world, and a deep appreciation of the nonpareil musical voices of the past. Two years after his noteworthy debut, Swift Drifter, Lovette brings forth his sophomore record Scatter & Gather, a collection of songs that signal an undeniable shift in the gravity of his writing and arranging. Written mostly from a remote, creekside cabin, the songs reflect Lovette’s role as a versatile harmonica-wielding, wordsmith, drifting between the formulas of folk, indie, and homestyle roots music.

Connect with Lovette online and (eventually) on the road.