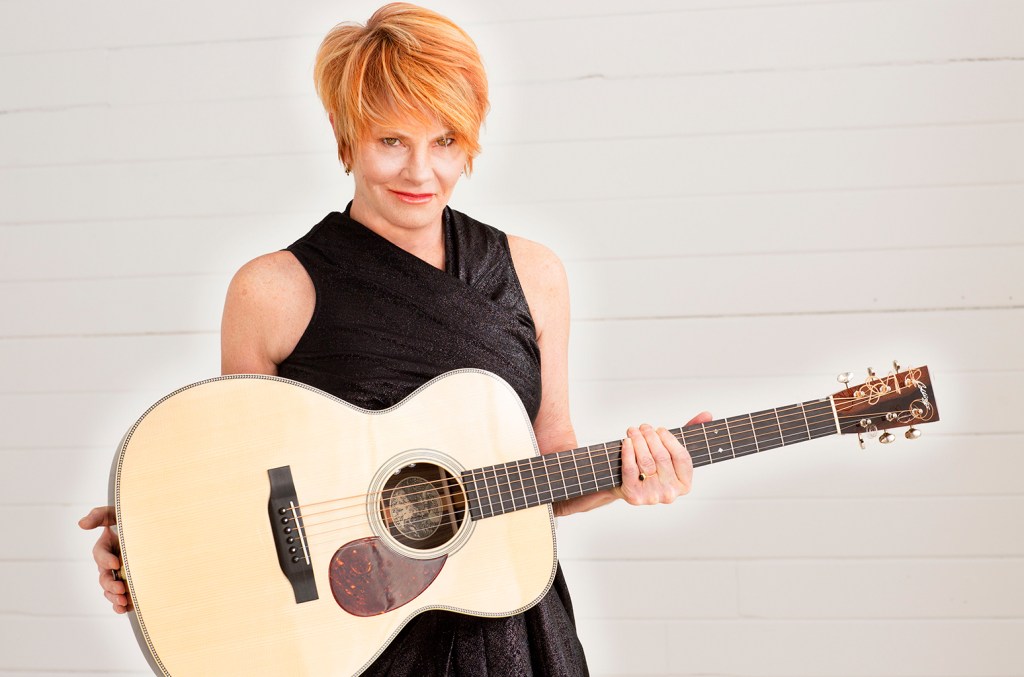 My tour vehicles are generally airplanes and rental cars. Makes no sense to pay for a bus when you’re solo, although I sure do love a bus. Air travel can be dodgy. First of all, I find it exhausting, and then there’s always the possibility of a delay or a cancellation or a screaming baby right next to you. If anyone has a private plane they’re willing to loan out, let me know.

You know, I rarely break a string. I change them often and I’m not a thrasher.

I just practice in my music room at home or in a hotel room. Again, it’s usually just me. Don’t need anything fancy.

It was called “Hey J”. I wrote it for a guy in high school whose name was Jonathan but I didn’t dare admit that. I was dead to him. Sample lyric: “Hey J, the phrase is worn and old, but you’re the only one I haven’t told, how I feel.”

Probably my solo in the junior choir at the Congregational Church in Vermillion, South Dakota, when I was about 8. I think the first time I actually got paid I was 18. I had a gig at The American Tap on Illinois Avenue in Carbondale, Illinois. Four hour long sets and I think I got $25 plus unlimited beer.

I had lots of waitressing jobs, but I think my last actual day job was as an administrative assistant for a real estate company in Manhattan. Computers were just starting to become a thing, and I learned on a KayPro. I don’t have a favorite one. I do have a least favorite one. More about that another time.

My income has pretty much remained stable over the last ten years, and I’m expecting that to continue, unless a big star covers one of my songs, or samples one. Then I’ll get what we call “mailbox money.”

The facts have generally stayed the same. First you need the passion, and then you work your ass off. As a colleague of mine says: “They don’t pay us to play. They pay us to travel.” That has always been the case for me, since 1975. I’ve put in a lot of miles, but it’s worth it. My job is still my dream come true.

In an era when female singer-songwriters are ever more ubiquitous, Shawn Colvin stands out as a singular and enduring talent. Her songs are slow-release works of craft and catharsis that become treasured, lifetime companions for their listeners. As a storyteller, Colvin is both keen and warm-hearted, leavening even the toughest tales with tenderness, empathy, and a searing sense of humor. In the nearly 30 years since the release of her debut album, Colvin has won three GRAMMY Awards, released twelve albums, written a critically acclaimed memoir, maintained a non-stop national and international touring schedule, appeared on countless television and radio programs, had her songs featured in major motion pictures and created a remarkable canon of work.

To celebrate the 30th anniversary of the Grammy-winning Steady On, Colvin recently released a special, newly-recorded all acoustic version of that landmark album. Connect with Colvin online and on the road.