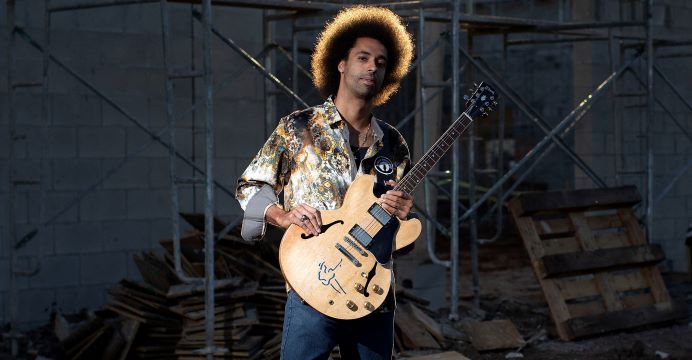 Things were going GREAT, tour-wise, PRE-PANDEMIC! I had just upgraded to a brand new Sprinter-style Ford Transit about a year before. Plenty of space, windows all around it and tall, so you can actually stand up in it. That space makes all the difference when you’re traveling very long distances.

My van before that turned into a money pit, although it wasn’t old. I put over 250,000 miles on it in almost 4 years. She kicked the bucket about a mile into the United States after we had just crossed the border from Canada! I was glad we made it across the border. We would have been held under some serious scrutiny and questioning had we have stopped and not moved near the border patrol!

It is definitely DIFFICULT, if not impossible at times! You are at the mercy of whatever is open and available when you have time before or after the show, whatever time that may be. I always tried to stock fruit and some healthy options whenever we passed a grocery store en route; in case we got stuck with Taco Bell as the only option at 3:00am. 🤮

I don’t break strings too frequently with the guitars that I have now. You can try to alleviate the breaking by oiling the bridge and making sure it’s filed and doesn’t have any spurs to “cut” at the strings while you’re playing.

I also try to replace the strings frequently so that they are strong and not sounding “dull.” I’d love to have new strings each show, but it gets expensive at $6 a pack. So I end up changing them every 2-3 shows.

We rehearse everywhere and anywhere we are able. Normally have rehearsals at my place in Florida when we are home. But end up doing the “hotel rehearsal” or soundcheck run-through a when in a pinch on the road.

I don’t really recall a “1st” song because I had always been writing from a young age. It was always a good outlet to do creative writing and poetry. It would just later evolve into music as I got more into music.

My first paying gig was at a tiny blues bar across from the University in my hometown called “Underground Bluz.” I was 17 or 18. We didn’t get paid much of anything as a local band just playing for the “door.” But I was excited to be able to play music and make ANY money. I also got some college girls’ phone numbers that night, so that didn’t hurt either!

My last day job was a high-stress sales for not much pay. Worst job I’ve ever had!

I’ve never had any expectation of making a ton of money playing Blues music. If you’re into it for “money” than your heart isn’t in the right place and I believe this music is all about heart.

Since the 2014 release of his Alligator Records debut, Don’t Call No Ambulance, Selwyn Birchwood’s meteoric rise from playing small Florida clubs to headlining international festival stages is nothing short of phenomenal. The album received the Blues Music Award and Living Blues Critics’ Award for Best Debut Album Of 2014, and he won the 2015 Blues Blast Rising Star Award. Rave reviews ran in publications from Rolling Stone to The Wall Street Journal, from The Chicago Tribune to The San Francisco Chronicle.

Living in a Burning House, his latest album, was released in January. Connect with Birchwood online and (eventually) on the road.