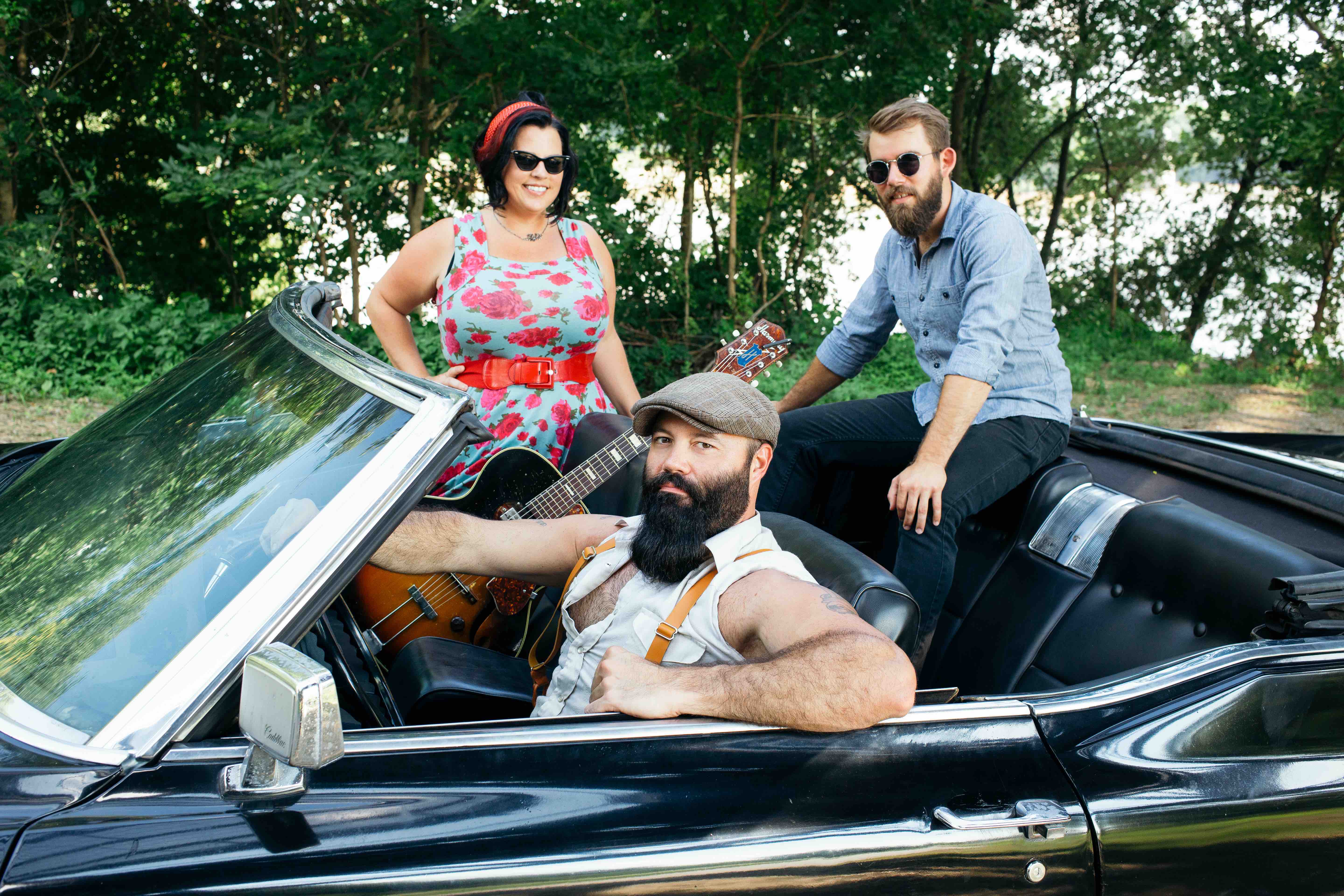 Sometimes we are in a bandwagon/tour bus, in Europe we are in a mini-bus, but we prefer our one ton Chevy Van. We were homeless for two years and we lived in a van, so we are comfortable that way. We’ve had 8 or 9 vans over the years. I’ve been broke down more places than most people will ever get to go. Probably spent enough on vans over the years to buy a mansion, but that’s not the life we’ve chosen.

At home or on the road, you can choose to eat real food or junk. Years ago we decided to eat only real food. It changed our lives and now it has become a priority. It’s better at home, because Breezy is such a good cook, but we just make it part of our routine.

I don’t really break many strings, but we change them often. I’d say I only break two or three a year. And that is with touring with 8 guitars on average at a time. I have a secret way of stringing guitars that makes you less likely to break strings. Haha

Not really, we don’t have a set rehearsal space. We use what we can get at the time. It’s always changed. We get laser focused at rehearsals, because we are usually on borrowed or rented space. I live in a tiny cabin in the woods, too small to really stretch out and have rehearsals. Good for writing though!

That’s a good question. I don’t remember. I started writing songs at about 12 or 13 years old. I also don’t write much down. I keep it all in my brain. I figure if it’s really good, then I’ll remember. It must not have been very good haha. I can remember the music for it.

My first gig was at a pizza place. The venue was absolutely terrible. Just not a place for music. I was lucky that in high school we used to draw huge crowds. It got me super addicted to playing live regardless of the venue.

Last “day job” was working for an NPR/PBS affiliate. I worked with volunteers. It was a fulfilling job. I’d say it was also my favorite day job. It beats construction, washing dishes, or retail by a long shot.

We’ve always been a live band, so as the recorded part of the music industry becomes less and less profitable… it hasn’t changed our revenue streams that much. We had to play shows and sell enough t-shirts on a given day to eat that night, so I still approach it like that. You can’t stream what we can do live, so I’m hoping that in ten years people will still appreciate real, handmade, from the heart music.

How crooked people in the music business are. It’s a running joke, and you hear it all the time, but it is very true. We’ve been robbed a lot, and it was mostly by “friends.” Also, if you are stolen from in the music business… there isn’t anything you can do. You don’t have any recourse. So keep an eye on everything!

With all the power of a freight train, the Big Damn Band is known for its live shows. Rev. Peyton delivers guitar pyrotechnics the old fashioned way — ten fingers, a 6 string and an amp cranked at full tilt. In the country blues style, he plays the bass with his thumb, while picking the lead with his fingers at the same time. When he lifts the guitar behind his head to play there’s nothing but skill and 16 gauge nickel strings to make the sounds coming out of the speakers.

Beside him on stage are just two other people. His wife, “Washboard” Breezy Peyton playing with all the nuance and percussive power of a New Orleans drum line, and keeping the train moving is Max Senteney on a lean drum kit including a 5 gallon maple syrup bucket. Together they play Peyton’s wildman country blues that’s as much ZZ Top as it is Bukka White.

Poor Until Payday, the band’s most recent album, was released in October 2018. Connectwith Reverend Peyton online and on the road.