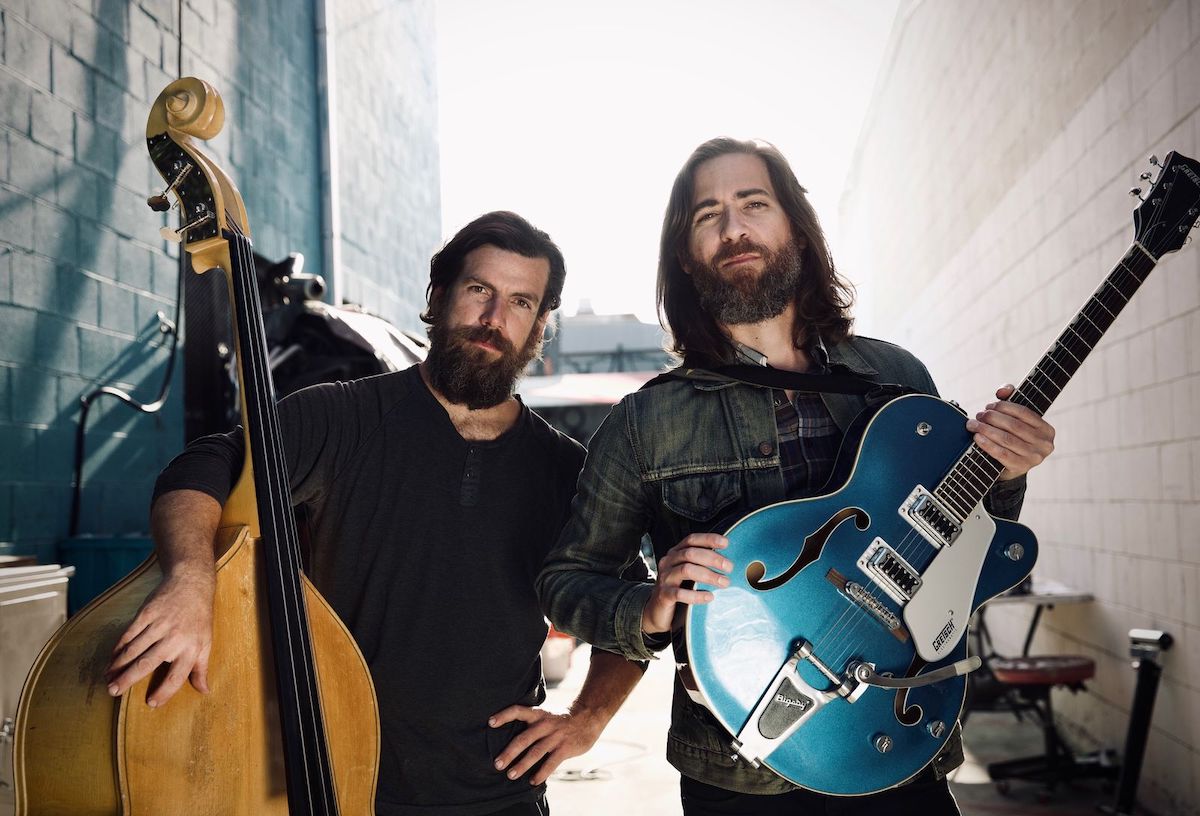 We’ve had a few notable vehicles over the years. The most interesting and awesome (when it ran properly) was a Ford dually E-350 airport shuttle bus with over 300,000 miles on it that we converted the inside to a tour vehicle with bunks, pull out sofa, refrigerator, TV, bathroom. It was an awesome vehicle to tour in when running smoothly, but we had so many issues arise with it after the first year.

I could tell lots of stories about it, but two short ones are once it broke down in the middle of the night in nowhere Colorado about three-hours from Four Corners Folk Festival in Pagaosa Springs we were supposed to be playing at noon the next day. There was a bent piece of metal on one of the belt pulleys causing a belt to not run correctly and the vehicle wouldn’t run. We didn’t have the right tools to fix it and not enough time to make it to the festival if we had to get it towed to a shop in the morning, so Stephen our bass player and resident handyman spent two hours hammering it with a steel pipe to get it back in shape and the vehicle running. We made it to the festival with an hour to spare before our set.

Another time we had the right side back wheels fly off in the middle of the night while traveling down the highway at 70 miles an hour because something was welded incorrectly in the chassis and the weight was bearing too much on one side causing the wheel bearings to break off. That was frightening. But we luckily were able to come to a stop safely.

There are more stories with that vehicle, including a very close call in Oregon involving black ice, and driving it back from its last tour with reverse no longer working, but I’ll leave it at that.

Now we tour in a converted Sprinter van with just 150,000 miles. A bit smaller than the shuttle bus but safer and more reliable.

Sometimes we’re lucky enough to play venues that have good healthy food for the band. But otherwise we actually do a lot of grocery store runs and stock up on healthy meals we can put together on our own. Seems like someone is always eating hummus and veggies and/or grocery store salads in the van. That’s why having a refrigerator is key in our tour vehicles. We’ve been touring Alaska a good bit in recent years and we’re partial to the Fred Meyers grocery chain there and also in the Pacific Northwest for our grocery needs. Stephen is kind of obsessed with it actually.

Not that many. I used to break more when I was a younger player and strumming the shit out of my guitar. But I probably only break strings 2-3 times a year now. It’s not that big a deal.

Stephen the bass player doesn’t usually break strings either, but because he plays upright they are quite expensive to change if he does or it becomes time to put on some new strings.

Our rehearsal space for years was at an industrial loft that we also lived in in downtown LA near the Fashion District and also skid row. It was a 5,000 square foot industrial loft that used to be a garment factory, that Stephen converted to a residential loft that included a music studio. Awesome views of downtown and didn’t have to worry about playing too loud most of the time.

That was the location The Contraptionists were born in and the industrial vibe definitely had an influence on our sound.

The unit above ours that was still a garment shop caught fire one night and we had to move out. Our stuff was safe, but the fire marshall was coming around and the building owner was spooked about us living there so we had to go.

Now we rehearse mostly on the road, on stage, during the actual shows. Sorry everyone, we’ll be tighter by show 4 we promise.

I mean, the first song I ever wrote, or the first decent song I wrote?

I think the first song I wrote was written in high school with my buddy Andy and it was about Pepsi. And the bridge went:

Are you sorry, you asked?

It’s kind of hard to pinpoint what the first Contraptionists gig was. The band kind of began in fits and starts while we were busy with our other band Rose’s Pawn Shop as well. But I think the first time we were playing live we would play random shows at a little restaurant/bar called The Foundry in LA. Set up in the corner and people would come drink and watch us play.

I’ve been a teacher and worked in tech (Yahoo!) for a short stint before quitting to tour and do music full time. Stephen has done lots of handyman work and lots of buying and selling of cool things like motorcycles.

My favorite day job I can think of was in the late 90’s I was working at a newsstand next to a movie theater. It was the most slacker job ever. Just sat there with my feet up all day reading magazines, listening to music, and drinking coffee. I remember it being a good time.

That’s kind of personal isn’t it to be asking about someone’s financial situation? But ok.

Before Covid my music income was enough to pay for most my life, I subsidized it with some other jobs including substitute teaching and working at Jazz club when I wasn’t playing music or touring.

I’ve been a full-time special education teacher since Covid started, teaching remotely. It’s really rewarding and I enjoy it, but I do miss playing live shows so much.

Once live shows are back in full-swing I hope to have music be my primary income source again.

I have no idea what 5-10 years from now will look like? Complete societal collapse maybe? Probably not. Hoping for the best and to keep making a living doing what I love.

The main thing I wish I’d known then that I know now, is that everyone in the music world has strong opinions about what they think you should do musically or for your career, but they aren’t always right. I’ve been talked out of listening to my gut and doing things the way I wanted to do them by music industry types (managers, producers, booking agents, etc…) on several occasions when I should have just followed my own instincts and vision. There isn’t any one formula for how you arrive at success in music, and the best thing I think you can do is be yourself and follow your own instincts along the way and see how it all plays out.

Paul Givant and Stephen Andrews are The Contraptionists: a two-man, one-man band, a sonic high-wire act driven by percussive precision, soaring, jangling, thumping instrumentation, and bold melodies fused with harmonies. An industrial folk-grunge experiment conceived and crafted in the booming halls of their loft on the edge-of-downtown-Los Angeles in a former factory, they bring fire, heart, and flash to their stage performance.

Givant and Andrews have played together for almost a decade in Rose’s Pawn Shop, releasing three studio albums and touring extensively. The Contraptionists evolved from RPS and takes some of its Americana folk threads, weaving and warping them through a stylized set of musical machines— “contraptions” made from drums, guitar, banjo, harmonica, stand-up bass, and vocal harmonies.

Working Man’s Dread, the duo’s debut album, was released in May. Connect with the group online and on the road.