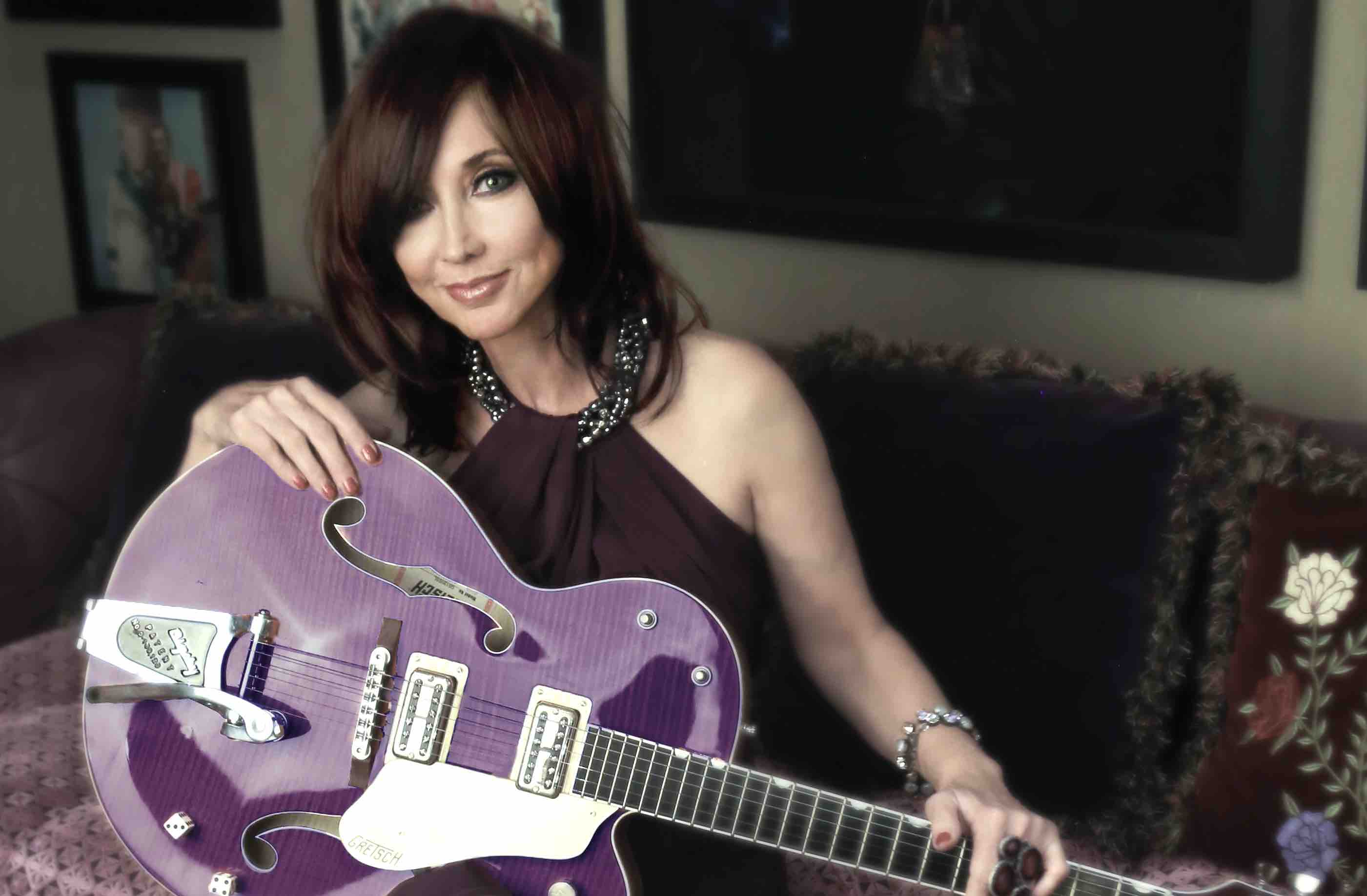 My current tour vehicles are a leased Prevost and flying commercial, pretty standard. A better story is my first tour bus which was a wedding present from my Dad. He had put a million miles out on an old Eagle and I got what I thought was the last 100,000 miles out of it. I later sold it to a southern gospel group who finished her off….anyway, the last show I played with that bus was in Cumberland Gap Maryland and we pretty much pushed it up the Gap.

I had a bus driver who confessed to me that he drove it one night high on acid. I don’t think Daddy would’ve appreciated the humour in that.

Eating on the road is a challenge always and I go through phases of discipline and complete hedonism. I have, when being strict, taken a two top burner and pots and pans and set it on in the room on an ironing board. That’s fun and gives you a feeling of being in control a little bit.

Grocery stores for fresh stuff is always a first stop when we hit a town. I look for water in glass as I’m getting more and more vigilant about getting plastic out of the tour.

For eating cheap, always do the crew lunch and dinner. Most venues try to keep it healthy for us.

I try to avoid the American factory food breakfast now completely. That stuff is lethal.

I break very few strings since I keep them changed and I have to be in a pretty pissy mood to break one.

We rehearse at a storage rehearsal facility in Nashville called Sound Check. I ran into Taylor Swift one day having a meeting with the head of her record label one day…. this little break room with really bad coffee (sorry Sound Check) and right next to the microwave and coke machine. I think she owns her own rehearsal space now…..

I don’t remember the first song I wrote. When I was just a toddler, Daddy was writing like a house on fire. His friends were people like Roger Miller, Harlan Howard, Kris Kristofferson. I thought everyone wrote songs. So I made up songs from the time I could talk and sing. About 4 years old.

My first gig was at the Red Dog Saloon in Nashville. It was an acoustic thing and I sang mostly originals, with some Phoebe Snow, Joni Mitchell, Bonnie Raitt and Emmylou Harris thrown in for good measure.

I played for pizza and beer and I was definitely not even close to qualify for the beer. The manager offered my a very unsavory management contract which, in spite of being a total air head, I had the good sense not to sign.

My first gig was baby sitting. Fortunately the neighbor kids weren’t miserable so no horror stories there. I briefly cleaned houses. I am very, very good at that and it’s where I discovered I had a small but preciously untapped streak of OCD. Fortunately, I only clean two dogs now and sometimes a husband.

My last day job was waitressing at the Runway 77 Holiday Inn on Murfreesboro Road in Nashville. It was an interesting mix of people.

My money went straight up after my first number one. All careers have peaks and valleys. Some years are better than others. The hard part is that expenses only go up. Sometimes it’s creatively challenging.

I wish I’d kept a really good diary/travelogue. I would encourage all young artist to do that.

I love going into a town and really researching the history of it on Wiki or elsewhere. I want to really feel a connection to where I’ve been. It means more.

As the child of Country Music Royalty, Pam Tillis was determined from a young age to find her own way in music as a singer and songwriter. After many false starts with her own recording career, including a pop single on Elektra and 1984’s Above And Beyond The Doll Of Cutey for Warner Brothers, Tillis came to the attention of Tim Dubois who headed up the Nashville office of Arista records. After much soul searching, Tillis made the commitment to make an honest country record. The album Put Yourself In My Place yielded 2 number ones, 2 top five singles, and one top twenty hits and in its first year the album was certified gold. Tillis followed with 3 platinum albums on Arista Homeward Looking Angel in 1992, Sweethearts Dance in 1994 and an Arista Greatest Hits in 1997. Tillis achieved 6 number 1 songs during this time including “Shake the Sugar Tree”, “Mi Vida Loca”, “When You Walk In The Room”, “In Between Dances” “Don’t Tell Me What To Do” and “Maybe It Was Memphis” while 14 of Pam’s other singles landed in the top ten and top twenty.

Looking for a Feeling, her latest album, will be released on 24 April. Connect with Tillis online and on the road.