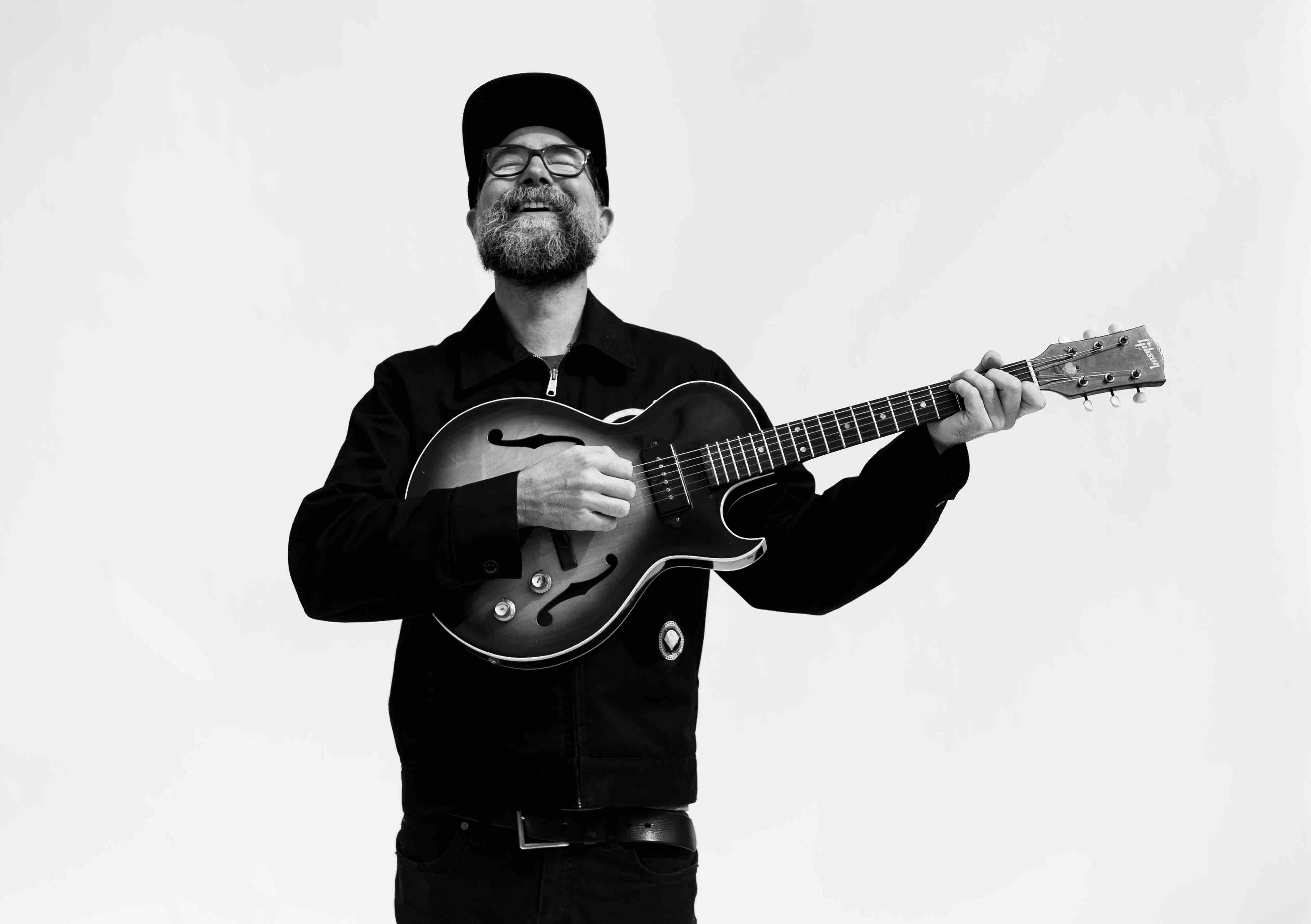 Right now I have a relatively new Subaru Outback, but I recently retired my long-time touring vehicle, a 2009 Honda Fit that I put 220,000 on before it was hit while parked and I had to let it go. That car was so great for solo and duo touring. Great gas mileage. And true to its name, it fit way more in it than it seemed like it would allow from the outside. It didn’t break down much, it was a pretty great car. I’m way into drama-free touring.

I tend to stock up on protein bars, meat sticks and nuts and fruit before I leave for tour, so very squirrel-type diet for me. Other than that, I’m a sucker for a good diner, and prefer breakfast foods over all else.

In the early years, I used to break a lot of strings. At some point I switched string brands, and must have changed how I was playing a bit, cause I haven’t broken a string in years… can’t even remember the last one. Although, years ago, in New York, playing at The Bitter End, I broke 3 strings over the course of one 30 minute set, and closed with a 1 string version of “Jesse’s Girl”.

What is this rehearsal you speak of?

Oh man, I don’t know that I can remember that. I do know that the first song I wrote was sophomore year of high school, and it was an assignment for Mr. Loomis’s English class. It had something to do with unity and I was listening to a lot of English Beat, Operation Ivy, that sort of thing. The lyrics, thankfully, have been lost to time.

I used to go to this coffee shop called “Bittersweet” every day after high school. One day, after starting to teach myself guitar, with a little help from my dad, I was in Bittersweet and really wanted a sandwich, but I only had enough money for a cup of coffee. There was a guitar hanging on the wall, and the owner, Minta, said that if I played her a song, she would give me a free sandwich. So I grabbed the guitar off the wall and played the only song I knew, “Rocky Raccoon” by The Beatles. She gave me a sandwich, and offered me a gig on the following Friday. I consider that sandwich my first payment for playing music.

I was a journeyman electrician for almost 10 years. I guess that was my favorite job; I’m glad I learned the trade, I can still do it, and as far as jobs go, I mean, I didn’t have to wear a shirt most of the time and I could spit on the floor, that’s pretty good work if you can get it.

The rise of digital music, and consequently, streaming overtaking and essentially doing away with downloads has obviously had a huge effect on most musician’s ability to make money from their recorded music. Having started my career before the internet, I’ve definitely seen the landscape change multiple times, and the one thing I’ve learned for sure is that I have no idea what’s going to happen next. I’ve been very lucky to be able to carve out a living amidst all the turmoil. I hope that people like me, in the middle, will be able to continue to exist, but all I can do is keep making music that I believe in, and if people keep listening and coming to shows, I’ll keep doing it. Also, I assume that in 5-10 years we will all take jet packs to gigs.

I don’t intend for this to mean that I knew it all when I started, but honestly, I can’t think of anything. I never wanted to be really famous, or a giant star, so I’ve never been all that disappointed or taken by great surprise as my career has moved along at its own pace. If someone is willing to pay money to listen to you say and sing things that you made up in your imagination, that’s pretty cool. I knew that this would involve work, and it has. But it’s not hard work. I’ve dug ditches in 110 degree direct sunlight. This is not that. This is fun, and as long as it keeps being fun, I’ll keep doing it.

Despite the name, Matt the Electrician is no longer an electrician, focusing instead on a music career that has spanned the course of two decades, a dozen records, and thousands of shows. His music, however, remains rooted in his blue collar beginnings, with lyricism that embraces the day-to-day, the mundane, the beauty of the ordinary.

Before moving to Austin, TX and launching his career as a working-class folk musician, Matt Sever grew up on the West Coast. His parents played John Denver and Pete Seeger songs on the family record player, and Matt spent his earliest years surrounded by the things that would later fill his own music: acoustic guitars, timeless melodies, lyrics that celebrated the joys and heartaches of everyday life, and — above all else — a strong work ethic.

That work ethic served him well in the mid-1990s, when he moved to Austin in search of new horizons and better opportunities. Matt was already playing music by then, and in need of a steady day job, he began working as an electrician, spending his days wiring houses in the Texas heat. Once quitting time came, he’d grab his guitar and drive himself to an evening show, usually taking the stage in his work boots and sweaty clothes. “Hi; I’m Matt the Electrician,” he’d tell the crowd, hoping his occupation would help explain his appearance. The name stuck, even after his growing fan base at home, as well as abroad, allowed him to hang up his pliers for good.

Sever just released a new single titled “Thank You” and launched a Kickstarter campaign to support a new Tucker Martine-produced album. Connect with Sever online and on the drama-free road.