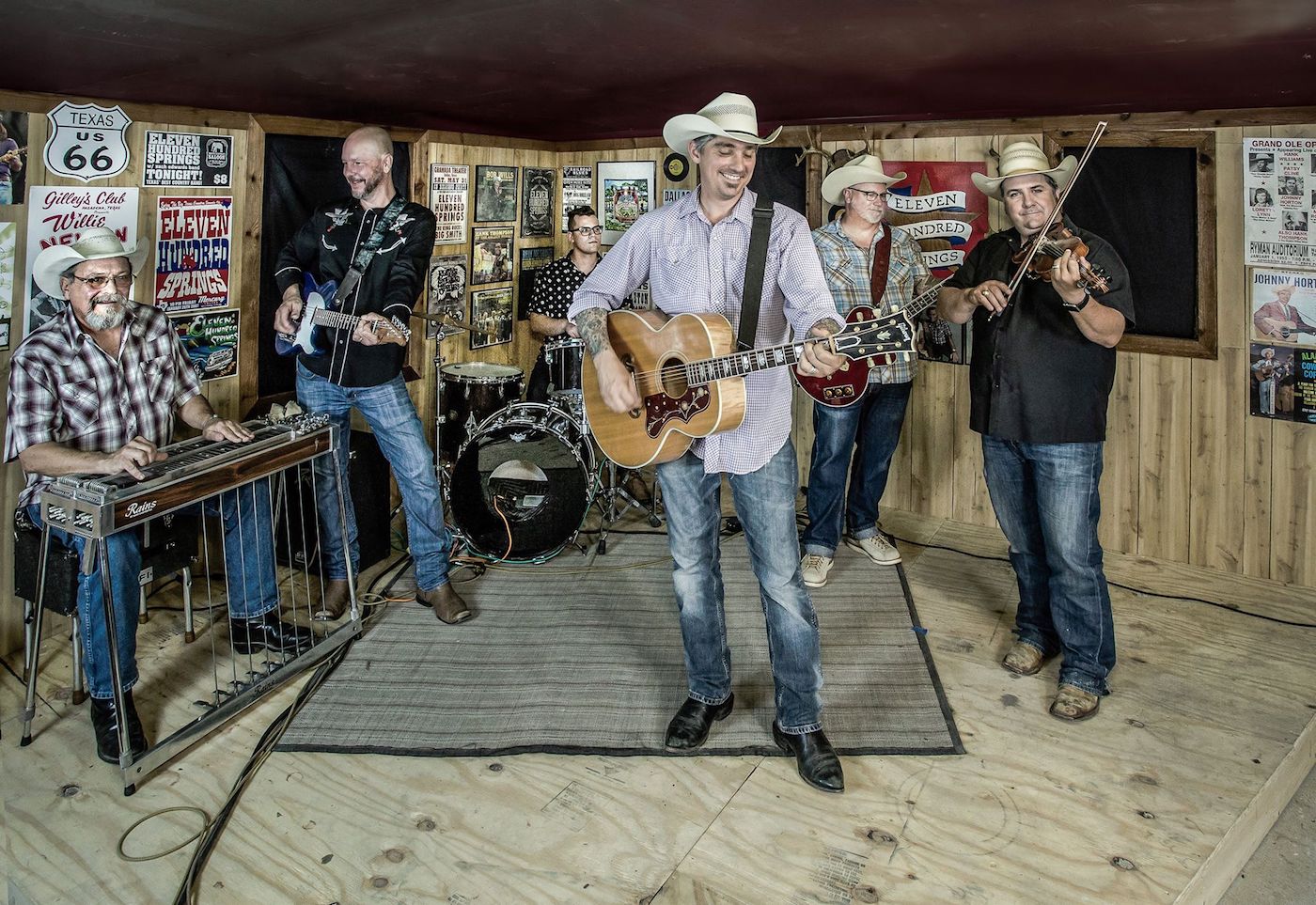 It’s the old standard Chevrolet 15 passenger van. It has about 195K miles on it. In recent years we’ve gotten really good at doing preventive maintenance and haven’t had a real breakdown in this van. But in past years we’ve had plenty.

There was one tour we did with a bent drive shaft. We couldn’t afford to fix it. So, we carried a case of U joints and pulled over every hundred miles and replaced the U joints. Pretty ridiculous.

It’s difficult. The only real way to do that in my opinion is to bring food from home.

I rarely do any more. There was a time when it was a regular occurrence. These days, I’d say that I break about two or three a year. I try to change them fairly regularly. I guess I spend about $100 a year on acoustic/electric strings.

We have a space at our fiddle player Jordan’s house. It’s decked out like a bar with show posters and old beer signs all around. We have filmed lots of videos with other musicians out there. We recorded our last record there.

Well, the first song I ever wrote was called ‘The Pawn Shop Blues’. I wrote it when I was 13. It was about going to pawn shops trying to find guitars to buy but having no money. It was too terrible to remember.

The first gig I ever did for money was a thing called “The Dallas Alley All Stars” in 1988. They used to host every week at Dallas’ West End. Local musicians would get up for a couple of songs a night. I was 13 and I sat in with Reverend Horton Heat. They asked me to come back the following week.

I worked at a shipping warehouse for a company that shipped music to radio stations worldwide. They also did radio jingles there. It was a fun company to work for and a great group of people.

Well, the business model has changed in the sense that people don’t buy music like they used to. People can stream it for free while musicians get fractions of a penny per stream. However, typically sales of those things have usually gone into operational expenses. The income comes from shows. In recent years I have started doing more solo acoustic shows which are fun and have really helped. Overall, however, my income has still continued to rise and I credit our loyal fan base for supporting what we do. In the future, I think live streams are going to be a bigger part of musicians’ income.

Always be kind to people. Life is about relationships and you see the same folks throughout your career. I feel we’ve done pretty well with this but when you’re young you can be cocky sometimes. There are some situations I wish I’d listened instead of speaking.

There are bands that play country, and then there are country bands. Some would say it boils down to authenticity. In this day and age, that is increasingly hard to find. But when you drop the needle on an Eleven Hundred Springs record or catch a show, that distinction is perfectly clear. This is the epitome of indigenous country music. Listening to Eleven Hundred Springs is like spending time with all your favorite country albums. Guitarist/singer Matt Hillyer and bassist Steven Berg first started the band way back in 1998, and over the course of two decades and eleven albums, Eleven Hundred Springs has proven time and again that they deliver everything that makes the classics so timeless: amazing songwriting, great performances, and distinct personality. The boys in Eleven Hundred have the pedigree to match any of the all-time greats.

Here ‘Tis, the group’s most recent record, was released on 17 January by State Fair Records. Connect with Hillyer and the band online and on the road.