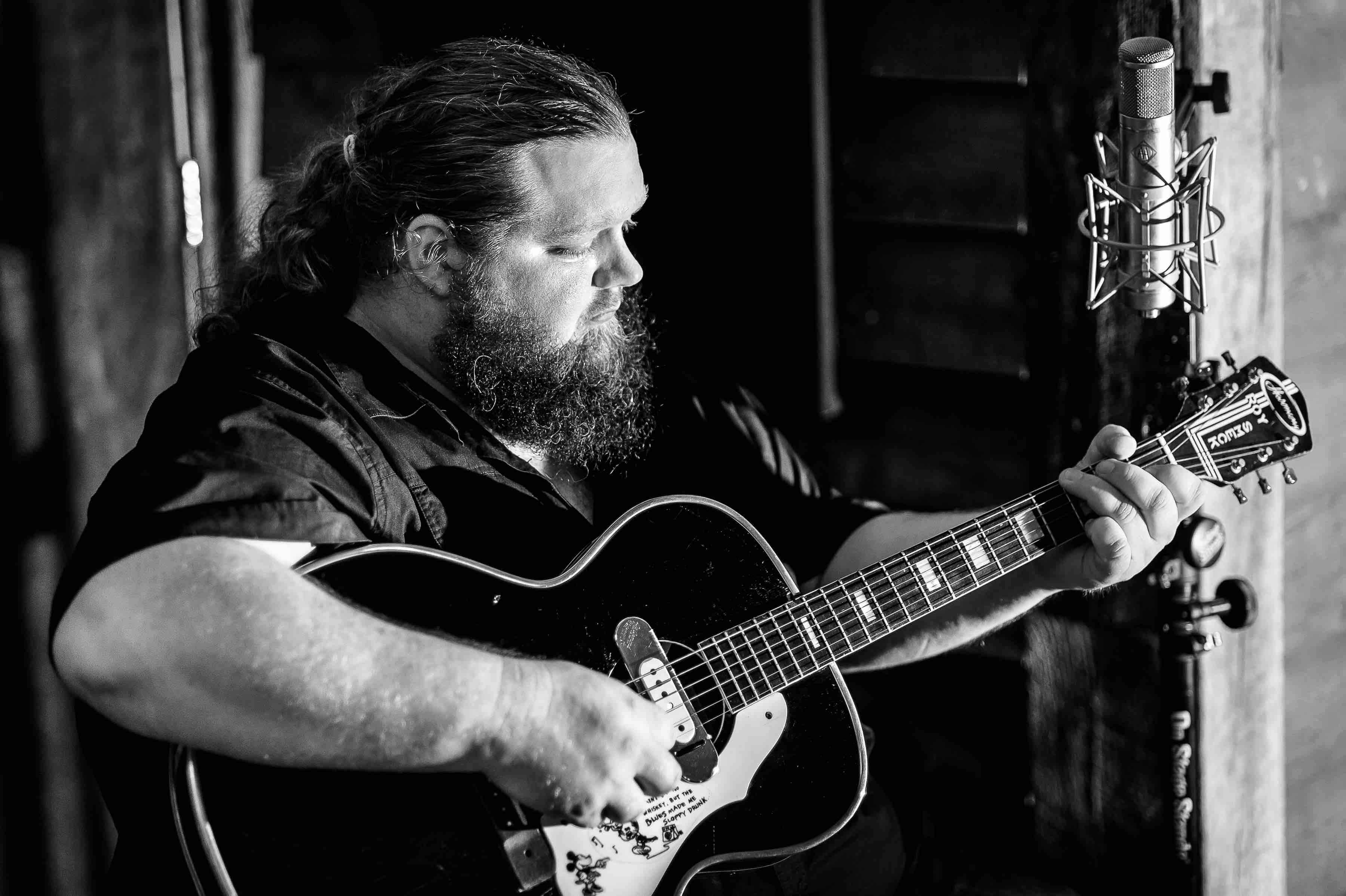 I use rental cars for the most part. So no real stories there.

Grocery stores and markets are a big help. The less prepared/packaged food you can get the better it is. Much easier when traveling on a bus. A bit more of a challenge when touring in a car. Sometimes it just comes down to making the best choices you can.

I don’t break many strings but I do put on a fresh set for every show. Before I had decent monitors and my guitar was set up properly, I would break a lot of strings. My record was 18 in one night.

Since I play mostly solo my rehearsal space is my living room. Nothing too crazy goes on there. Comes in handy for mid-rehearsal naps though.

“Have You Got the Blues”

Do you ever go walking, just to see how far you can go
Do you turn around when you get there, just to start walking right back home

My last day job was working in a prepared foods factory. Making frozen desserts and frozen dinners. My favourite day job was when I would work with my father in the woods. Usually piling the wood while he cut it.

I’ve been fortunate to get to a point where I can be a full-time musician and be able to support myself, have a home, keep a car on the road, etc. As far as what it will look like in years to come, I really have no idea. I’d love to think that I can carry on doing the same but there is no certainty in that. The industry is figuring its way through a pretty massive shift with the value of recorded music, both physical and digital, losing ground steadily. Not sure where that will leave us musicians.

Don’t count something as done until it’s done. There is an endless amount of promises made and ideas talked about that never get followed through.

A powerhouse performer with a giant, soul-filled voice and commanding stage presence, Matt Andersen has built a formidable following the old-fashioned way: touring worldwide and letting his stunned audiences and new devotees spread the good word of his righteous tunes all over. And the world has indeed woken up and discovered him, helping him amass over 18 million views on YouTube. In addition to headlining major festivals, clubs and theatres throughout North America, Europe and Australia, he has shared the stage and toured with Bo Diddley, Buddy Guy, Greg Allman, Tedeschi Trucks Band, Randy Bachman, Little Feat, Jonny Lang, Serena Ryder, and more. Andersen nabbed the 2013 and 2016 European Blues Award for Best Solo/Acoustic Act, three Maple Blues Awards in 2012, and was the first ever Canadian to take home top honours in the solo/duo category at the 2010 International Blues Challenge in Memphis. Since the release of Weightless in early 2014, Andersen has received a JUNO nomination for Roots & Traditional Album of the Year, a CIMA Road Gold award, and six Maple Blues Awards for Male Vocalist of the Year.

Halfway Home By Morning, his latest album, was released in March. Connect with Andersen online and on the road.