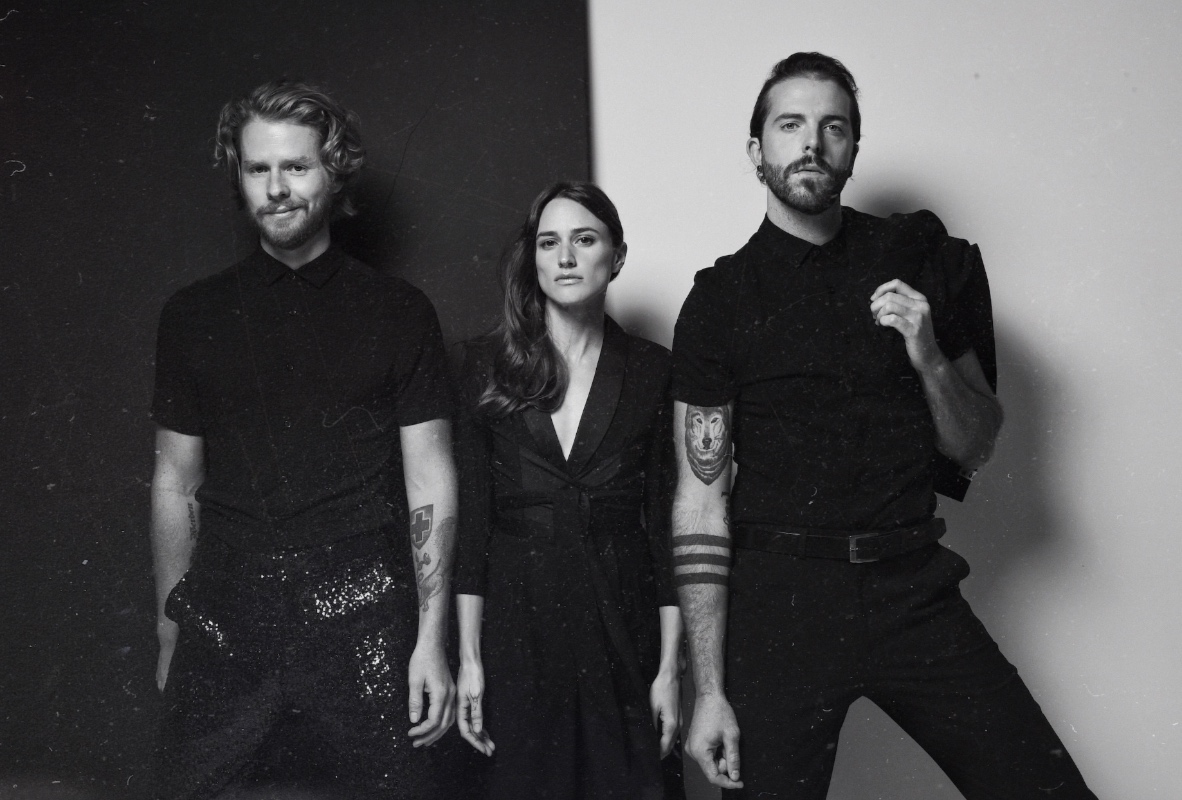 We used to drive around in a 2002 GMC Savana conversion van, but we’ve long outgrown it. Now we exclusively rent our touring vehicles, usually from our friends at Green Vans. We own a trailer, which makes touring with 5+ people much more comfortable.

We never eat fast food and we try our best to be healthy on the road. Our touring party also includes a vegetarian, so we typically try to find restaurants or markets where everyone in our party can find a good bite to eat. Doing that on the cheap is often the difficult part, but it’s worth paying a little extra for nutritious food.

I usually don’t break strings. I should be replacing them every three or four shows, but I don’t. I tend to go through about 6 sets in a month, and thanks to the good folks at Stringjoy I get a little artist discount. They make hand-wound strings and I think they’re the best in the business.

We rehearse right at our house in Mid-Coast Maine. We tend to set up right in the living room because we have a nice little view and there’s more space than in the additional rooms. We tend to rehearse all day and then have some fun in the evening. Usually that includes a little local beer, maybe a jay or two, who knows!

The first song I ever wrote was called “Float Away” and it was epically emo.

My first gig was a talent show at my high school in Hampden, Maine. It didn’t go very well and I’m not sure what gave me the idea that I should continue to do it.

I was a social media marketing manager for Wayfair until I was laid off, which happened to be the best thing that’s ever happened to me.

Our income has increased fairly steadily over the past 5-10 years, but so have our expenses. We hire more people now, travel with a larger crew, and generally spend more money making our records. Depending on how the world deals with this virus, things may need to change in a big way for musicians to be able to continue to do what we do.

You don’t always need to say “yes” to every show or every opportunity that comes along. Learn the power of saying “no.”

The Ballroom Thieves – Calin “Callie” Peters (vocals, cello, bass), Martin Earley (vocals, guitar), and Devin Mauch (vocals, percussion) – released their third album Unlovely on February 14, 2020. With subject matters ranging from female empowerment, to love in a committed relationship, to their fury about the current state of American leadership, this collection of tracks is the distillation of the band’s personal and political passions. Songs like “Vanity Trip” and title track “Unlovely” boil over with exasperation and disgust, in protest of today’s status quo. As the first album entirely co-written by Peters and Earley, Unlovely is also a tangible reflection of their evolution from band members to life partners, as heard in songs like “Love Is Easy.”

Incorporating musical styles that range from Motown to classic rock, Unlovely maintains the recognizable, nostalgia-tinged sound of The Ballroom Thieves’ previous outputs while pushing a heightened brashness. Since the release of their first EP and debut full-length, A Wolf in the Doorway, The Ballroom Thieves have consistently and skillfully crossed genres, joining artists like CAAMP, Langhorne Slim and Shakey Graves to bridge the gap between folk, rock, and soul. It’s their unique brand of powerful and harmonious music, while never shying away from topics and ideas they are passionate about, that has charmed fans around the country, while gaining a loyal live following and selling out shows.

Connect with The Ballroom Thieves online and on the road.