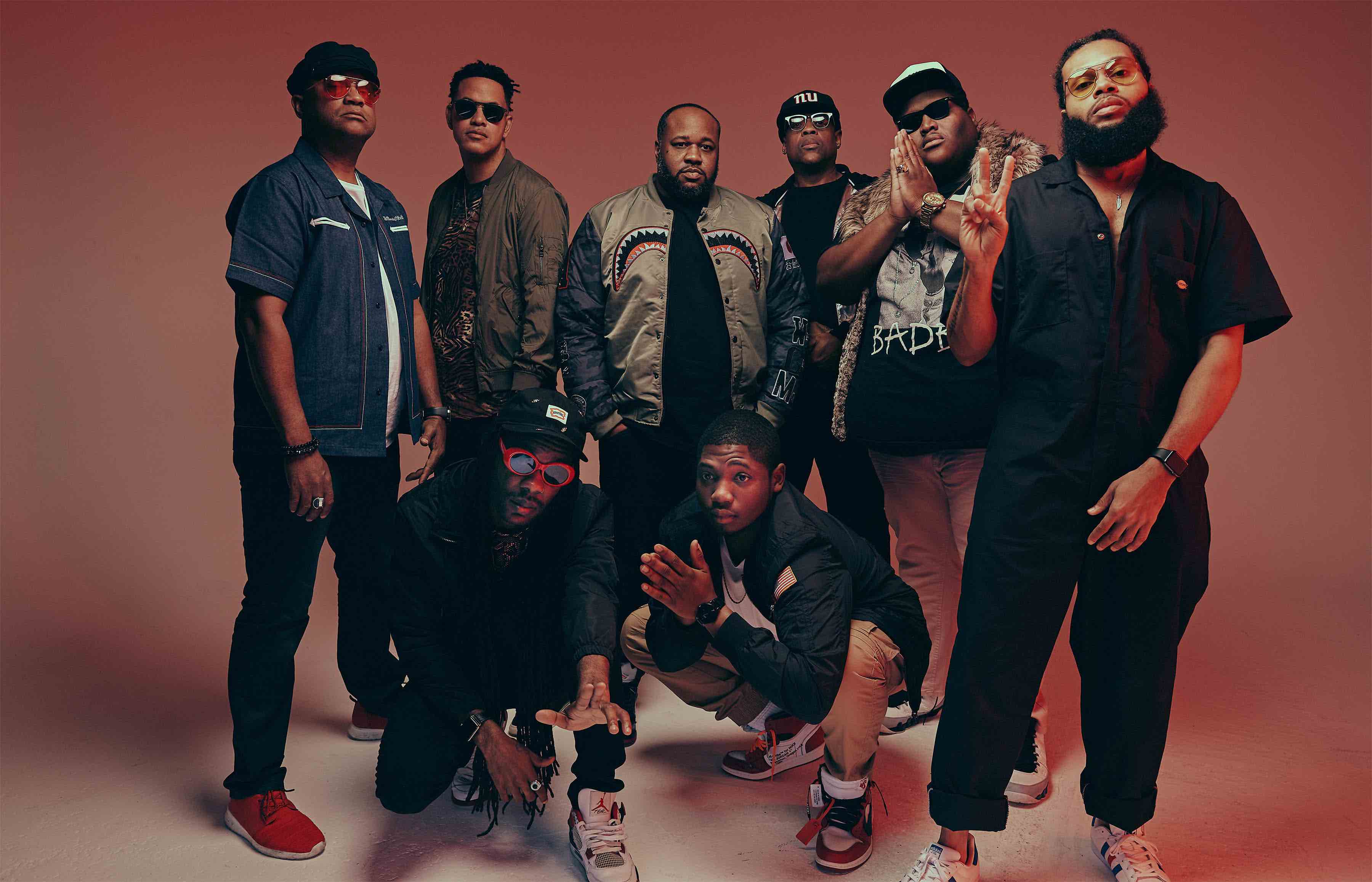 At the moment, we always rent two sprinter vans. We always group the same band members in each vehicle every time we travel. It’s part of our routine. We have van group 1, and van group 2. We never change up who rides in the vans. We bring all our horns, drums a luggage on the road with his, so a typically sprinter van is packed with gear.

We’re blessed to never have any break-down moments, but two weeks ago we did have one of our vans broken into in San Francisco while we were performing an in-store pop up performance in Amoeba Record Store.

We do our best to have a healthy and balance life style and eating habits. Some of the band members are active with gym work outs. We always try to have a balance of healthy salad, vegetables and lean protean at meals. We do not snack on pizza and sugary foods. We’ve made it a point to try to be conscious of healthy habits and eating.

We rehearse weekly in New Orleans when we’re not touring. Our weekly band practice is at the famed New Orleans venue, Le Bon Ton. We rehearse during the daytime at Le Bon Ton every Thursday, going back decades. It’s our home, and space we feel comfortable in to rehearse, practice and create music.

One of our first gig was actually when we determined out band name. The Soul Rebels didn’t have a name until Cyril Neville saw our opening show for the Neville Brothers at Tipitina’s in the 90’s. That night, Cyril told us we sounded like musical rebels. Cyril thought our sound and style was deeply funky, innovative and soulful, and he gave us the name Soul Rebels. We’ve always rebelled against the stylistic norms, and the band name Cyril proposed really aligned with our philosophy and vibe, and it stuck with us.

Most all of us have been musicians our entire lives. Some of us have worked in restaurants, mobile phone stores, working for the city, counseling and teaching. In the past, we’ve all had a range of jobs. But we’re now solely focused on music and entertaining today.

Music is very much a reflection and response to overall life. Family, our community, culture, and the ups and downs of life all inspire our musical journey. Being aware of how important, influential and inspiring over-all life is on music, is a lesson that one must experience and grow into understanding. Also, being aware that life is chess not checkers. A career is a long game. And building meaningful relationships is the heart of what’s most important; relationships within the industry, with our fans, and with each other. Relationships are very powerful, and having awareness of how important relationship building and maintaining is a foremost priority.

The Soul Rebels started with an idea – to expand upon the pop music they loved on the radio and the New Orleans brass tradition they grew up on. They took that tradition and blended funk and soul with elements of hip hop, jazz and rock all within a brass band context. The band has built a career around an eclectic live show that harnesses the power of horns and drums in a deep pocket funk party-like atmosphere. The Soul Rebels continue to chart new territory as they feature in major films, tour globally, and combine topnotch musicianship with songs that celebrate dancing, life, funk and soul.

Poetry in Motion, the band’s most recent album, was released in October 2019. Connect with them online and on the road.