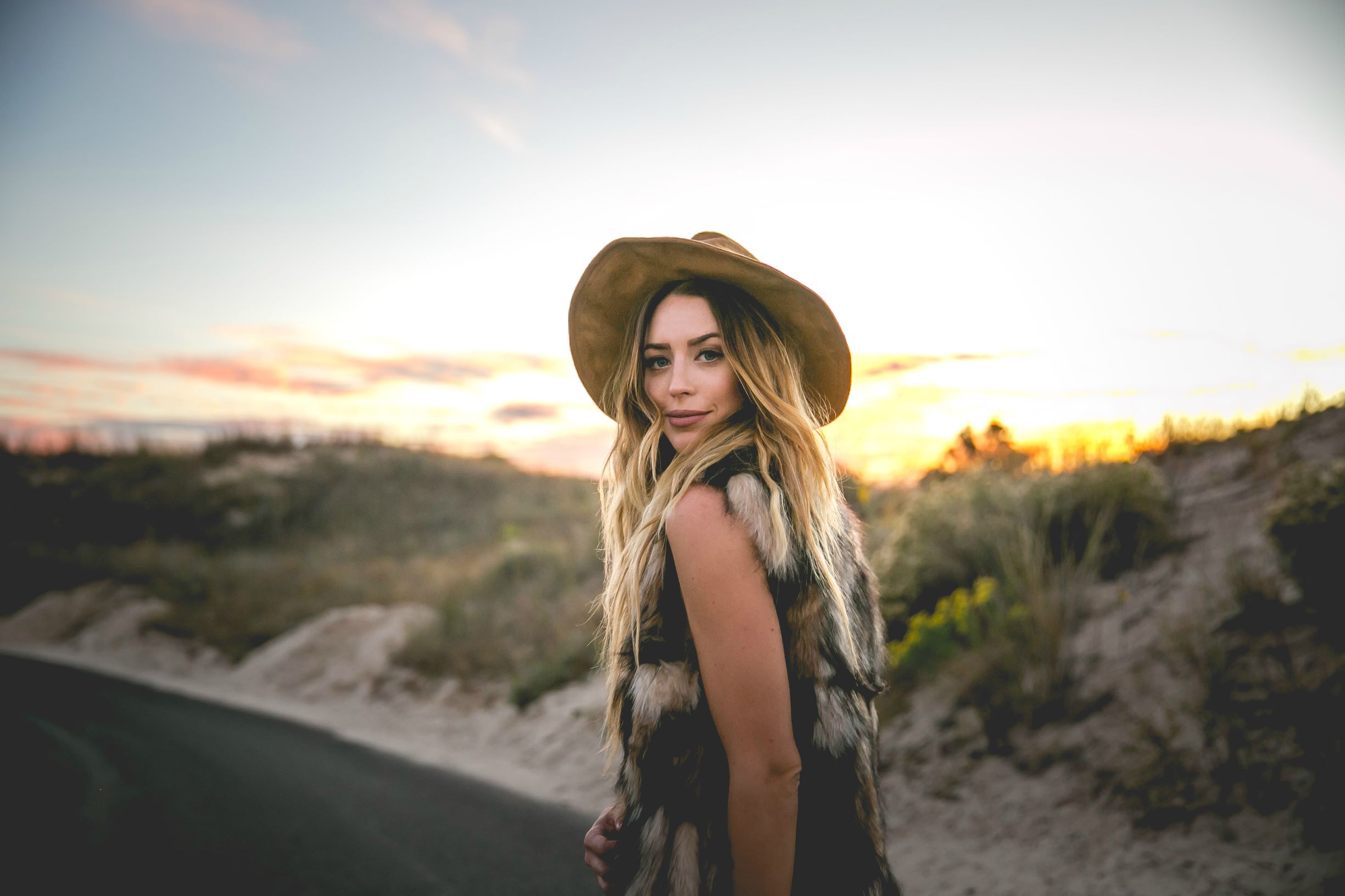 My vehicle is a 2011 Chevy Equinox. I honestly spend as much time driving around as I do at home, so it was imperative that I get a comfortable and reliable ride this go around. I used to roll around in a ’95 station wagon, and had some pretty humorous mishaps on the road during that time, so the Equinox was a real upgrade. I’ve been in a few fender benders in it, and was hit by a drunk driver in Nashville, but somehow this car just keeps going. I’m afraid it might be on it’s last leg, however, as I’ve been having some issues with it lately and it’s pushing 160k miles, but I’m going to keep running it until it quits on me.

Great question. I don’t? Ha. No, but really, all the Topo Chico, taking your own snacks, getting the veggie cups at gas stations. Yeah, it’s not all that glamorous or easy. I try my best but you’re pretty limited on the road. I like to plan my stops through towns that have options, but I’m not immune to the late-night Whataburger run either.

I don’t change my strings as often as I should, but I rarely let it get to the point of them breaking on me. I’d say I change my strings about once a month. One set runs about seven bucks, but my uncle is a luthier and sends me a 10-pack of strings every year for Christmas. Stored properly, those last me awhile. I usually end up buying a 3-pack in addition to get me through ’til the next Christmas.

My daily rehearsal space is confined to the fabulous acoustics of my bathroom, but when I have full-band shows to prepare for, I usually book space at Universal Rehearsal in Dallas. They’ve been around for years, and it’s a fun environment to be in because there are bands of all kinds booked in each room. I haven’t really had any crazy experiences there, but I’m not done yet ;).

I wrote a bunch of fun little songs as a kid, but the first one I really sat down with my guitar to write at age 14 was called “Roll on Through”. Here’s a sample of the lyrics:

you are the villain and the hero of my heart
once we were falling in love, now we’re falling apart
keep saying the right things but try to mean them too
we’re on a rocky road but we can roll on through”

There kind of seems to be an ongoing theme here. Guess you could call me the heartbreak Queen.

My first real gig was at Love & War in Texas in Plano, TX. A local female artist named Becca Dalrymple invited me to come play her Girls’ Night Out event, so I used the same guys I played with at church and brought them to the bar to be my backing band. It went really well, and I was hooked after that. I went on to have a residency at that same venue for the back half of my high school career. It was really cool of them to let me build up my chops as a youngster there, and at 16/17 I was perfectly happy doing it for free food and tips.

The most recent day job I had was as an Operations Manager of a roofing and construction company. I did that for a few years for a couple different companies. I actually really enjoy that industry as I’m quite the storm enthusiast, but I missed the freedom of the road and I knew that I wasn’t going to do it forever. I do miss that paycheck though, I’ll tell you that.

I’d say my favorite job I’ve ever had (outside of music, of course) was working at a golf club as the “beer girl” when I was eighteen and nineteen years old. I got to drive a golf cart around and flirt with boys all day, so that was fun!

I get to charge more these days than I did ten years ago because I’ve had some regional success. Being an artist is a total gamble. You’re investing all of this time and work and money into this dream, hoping that one day, it will catch. If it does, the potential to make good money is there, but you have to show up. One song could change your entire life. In my own personal experience, you won’t get there unless you give yourself fully to it. The day job (any of them) never allowed me the freedom to build on my music dream enough to make a difference. It’s really all or nothing for me when it comes to turning your art into a functioning business, even if that “all” means Ramen noodles for a while.

I’m hopeful that in the next 5-10 years, the payoff is there. I’m investing a lot in hopes that it will. And you know what? Even if it doesn’t financially, I am so much happier doing this than I was making a lot of money and being stuck at a 9-5. It’s an admirable thing, but it’s not for me.

There will always be something to say no to, and it can’t always be a party. We (artists/musicians) spend a LOT of time at bars and festivals where the alcohol is plenty, free and encouraged. The people attending have usually spent their week working and “adulting”, and look to you and the setting you’re in together for their escape and entertainment. For them, it’s their time to let their hair down and enjoy some good music and libations. For us, it’s, while fun, our time to be at work. It’s a fine line to walk and you have to find a balance and know when to turn it off.

For the majority of my twenties, I got so caught up in the party aspect of it (it’s easy to do) that I almost forgot why I was out there playing music anymore. Had it become my excuse to run wild? I had to take a step back to evaluate everything and make sure that I was (a) doing it because I loved playing music, and (b) healthy enough to get back at it and be on my A game. At the end of the day, yes, what we do is a blast and we have the opportunity to meet really cool people and see really cool places, but we got there because we had a dream and a passion for music. The last thing I want to do is blow something that I truly care about because I went and got all boozed up and lost sight of my “why”. I’ve done it before, and I don’t want to do it again.

In the past handful of years, Kylie Rae Harris has moved from Texas to Nashville, from Nashville back to Texas, had a baby, had her heart broken, and lost her father. On her new self-titled EP she examines her experiences and takes a look and what she’s learned from each of them.

With acclaimed co-writers including Jon Randall, Wayne Kirkpatrick and Dave Berg, the EP chronicles the lessons she’s learned with an understanding that they were necessary to reach where she is now. On opening track “Missouri,” Harris’s honey-rich vocals lament how easy it is to fall back into old habits, including old love. “What The Heart Wants” examines the process of falling in love, getting hurt, walking away…and then going back to step one and hitting repeat. “Big Ol’ Heartache” contemplates the kind of crush that just keeps coming back around, no matter the consequences. On “Run Away,” Harris ponders a simpler time, before heartbreak was part of the equation and life was as difficult as packing it all up and threatening to walk to the end of the driveway. On “Twenty Years From Now,” she looks deeper at a piece of the circle of life often overlooked until it’s reached.

Harris’ love for music has been etched into her makeup since those early living room adventures. She grew up in a small town northeast of Dallas, Texas, where even most trips in state took at least a few hours. She’ll never forget the road trips sitting in the back of her parents’ Suburban, singing along with Radney Foster and Jerry Jeff Walker. Add Walt Wilkins and Patty Griffin to her list of early influences and you begin to understand why her lyrics sound so relatable; they’re actually part of the life she’s lived. After singing in church and learning the value of a harmony, she wrote her first song at 14. She’s released two albums since then.

Connect with Harris online and on the road.