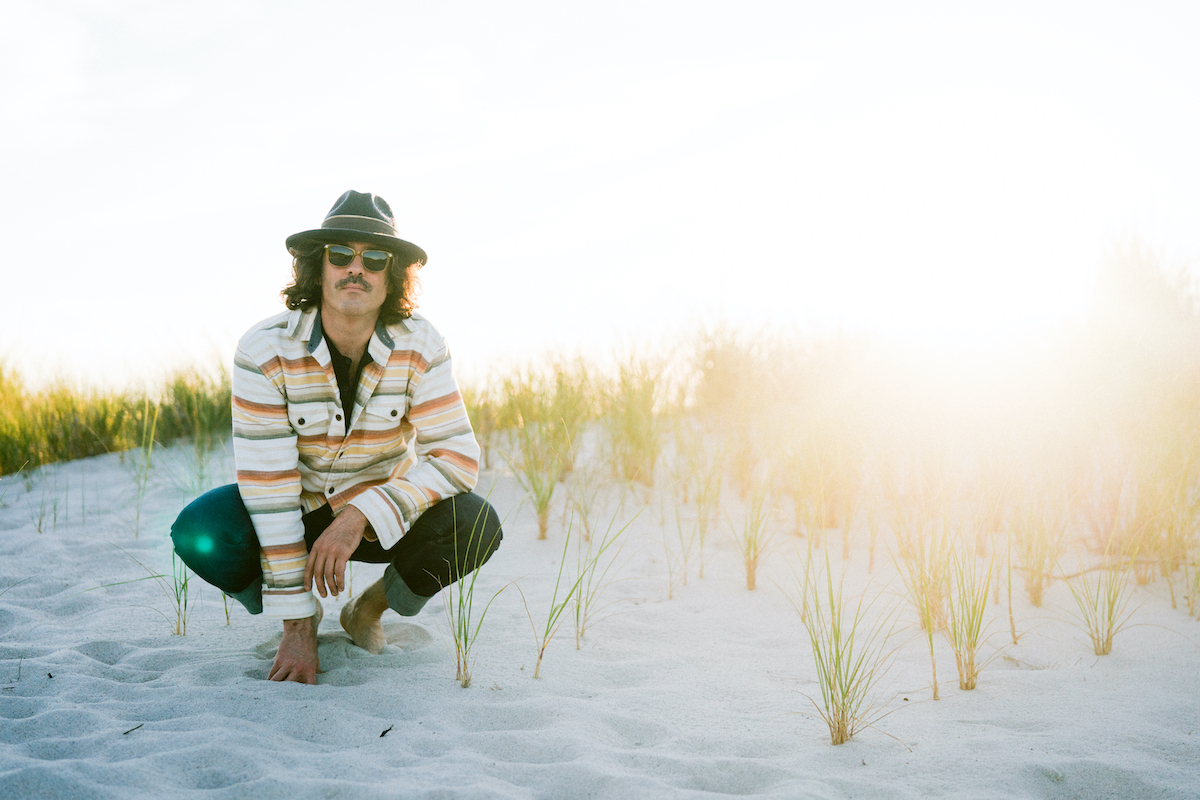 My personal touring vehicle is a 2004 VW station wagon that I hope never dies. It has a CD player and a cassette player and can’t play mp3s, and the dials on the stereo are analog. I have to replace stuff all the time and I just broke down in the desert (needed a new fuel pump) east of Joshua Tree and had to get the car towed all the way back to LA. I still love it.

As a bass player I remember being on a 12-person tour bus with 13 people when I played bass with Angus and Julia Stone in 2009. We were opening a tour for Brett Dennen and we were all on the same bus – both bands and all the crew. We had a short drive scheduled somewhere but a snowstorm in Wyoming blocked a mountain pass and it turned into an 11-hour drive. I watched 2 seasons of the Wire in my bunk, back when Netflix still sent you DVDs in the mail. That was the same tour where we all had to get out of the bus at 4am in our pajamas crossing into the US from Vancouver so that the border officials could search the entire bus for weed.

Lotsa veggies, stocking up on healthy snacks when you’re near a health-ish food establishment, and espresso. Stay away from the deli platter and fast food.

Excellent question! I do not know.

My rehearsal space is the desk in my small office, between the kitchen and living room. I share the space with two turtles who are sometimes noisy. If I get really frustrated with them we occasionally have a one-sided argument.

The song was called “Month of Sundays”. “Any way that you spin your tidy pack of lies, we both know who’s gonna win.” Positivity!

[Ed.: The song can be found on Session Americana’s Beer Town: The Table Top Collective Vol. 3]

Played my first band gig at the Lizard Lounge in Cambridge, MA in 2007 I think. Russell Chudnofsky on guitar, Joe Klompus on bass, and John Sands on drums. They were awesome.

Left my last job in 2006. I was an editorial project manager in Language Arts at Prentice Hall publishing in Boston. Before that I taught 3rd grade at an elementary school in Brighton, MA.

It’s gone up by about $7 per year. Except for the years when it has decreased. I think it’s almost impossible to make a 5 year plan… being a musician is, as the great drummer Matt Johnson once told me, a “wild ride” and you really never know how it’s going to go.

I can’t say there’s one thing that I wished I knew, actually, because that would take away the fun of the surprise. I like the unpredictability of being a musician, for the most part. It keeps things exciting and it keeps you on your toes. That hardest part of it is not always knowing when or how you’re going to make money.

Kimon released his second full-length album, Altitude, in February, 2021. Connect with Kirk online and (eventually) on the road.