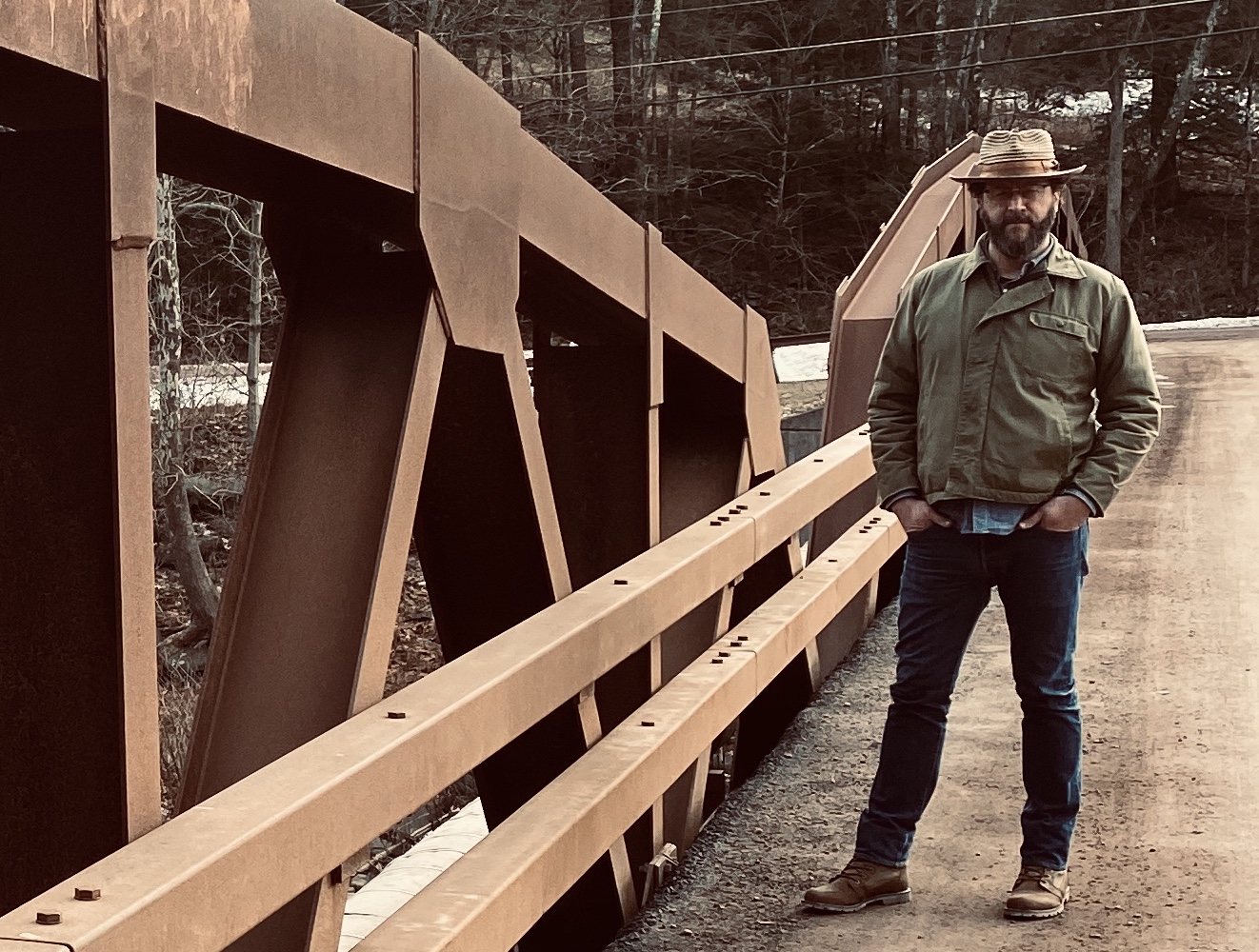 I have a 2008 Honda mini van I drive around. I have a twin size bed in the back so I can van camp at state and national parks etc… But I don’t do the parking lot sleeping thing.

I haven’t had any major repairs so far. I’ve fixed a few things myself, but try to stay on the routine maintenance and check ups to keep off the side of the road. Fingers crossed.

It can be tough. Especially to do both. I’ll try to eat at the venues if they have decent food. I also go to the grocery store and buy salad and other ingredients to make wraps. I don’t eat meat and am on the road to being a vegan so that can make it even tougher to eat cheap and healthy.

I don’t break many strings. I change them every 3-5 shows if I clean them. Summertime in the south and out west is hell on strings. It’s about 6 or 7 bucks per pack. Who knows how much I spend per year.

I play solo mostly the past year or two so the rehearsal space is my living room or bedroom. So, not too many crazy stories there! Just the ones I write in my head.

Well, I was 5 years old and it was called “Country Bear.”

We were driving across the country and in Montana and I think we saw a bear. And I loved Country Bear Jamboree (original 70s album) and the Jungle book and we listened to those alot. And my dad loved Roger Miller. So it was based on that and Delta Dawn by Tanya Tucker:

So yeah… I’m the youngest of six kids and my brother and sisters still remember and sing it to me sometimes.

I joined a punk rock band whose members were all older than me when I was 15. It was at a teen club. I vaguely remember it. I was the new singer. My second gig was opening for Corrosion of Conformity in front of maybe 300-400 people. Then opening for Suicidal Tendencies. Quite the career launch.

Coffee shop in Durham, NC was my last day job.

I was a plumber for a summer. I did roofing one summer. Worked in a mail room in an insurance company for a few years. I just sorted mail and listened to audio books and wrote songs on scratch paper. I like to say it was my Bukowski phase. Minus the alcohol and other debauchery.

In my head I calculate music income pretending I don‘t have any expenses. It’s way more inspiring that way. Rose colored glasses.

Appreciate every experience. Enjoy the moment. You could think “I’m on the way up” career wise and be at your peek. Be grateful for the fans you have. Focus on what you have and not what you don’t have. Pretty much the same advice as life in general.

Kenny Roby knew from the start there would be a lot to say for his first solo album in seven years, the emotionally and musically expansive The Reservoir. So much had changed in his world and the world at large since his stately 2013 LP, Memories & Birds, an exquisite reflection on the experiences and apprehensions of crossing over 40.

Roby was now 48. He had been sober for half his adult life. Both his kids, somehow suddenly in their 20s, had left home. After more than two decades together, he and his wife had decided, rather amicably, to separate and try something else. Roby’s band 6 String Drag—an iconic alt-country unit who were signed to Steve Earle’s record label and helped shape that very term as young North Carolina men in the ’90s—had reunited for runs of spirited shows and a barreling, but wise rock ’n’ roll record, 2018’s Top of the World. And then, of course, there was the wider social upheaval of the last decade, the feeling that all the progress Roby had seen in his lifetime was in sudden peril.

The 16 tunes that make up The Reservoir collectively summon the wealth of Roby’s experience, as a human being and as a musician. He revisits the specter of addiction with the fractured gothic gospel of “All Trains Lead to Cocaine” and recognizes that recovery is a constant process during the springy folk-pop charmer, “Just Because.” He questions the roots of faith and recognizes the goodness of the universe in the preternaturally graceful “Watchin’ Over Me” and sets his sights on contentment for the tender “Old Love.”

He digs into primitive Tulsa rock for the lusty “Hey Angelina” but offers himself as the punchline during “Only Clown in Town,” a tune about terminal uniqueness and being trapped onstage, backstage, or somewhere in between. (A month after the sessions were done, Roby left his longtime town of Raleigh for his new home, Woodstock.) He sings all these songs with the wisdom of lived experience, coolly delivering these insights like a gift and tool for you to use.

Connect with Roby online and (eventually) on the road.