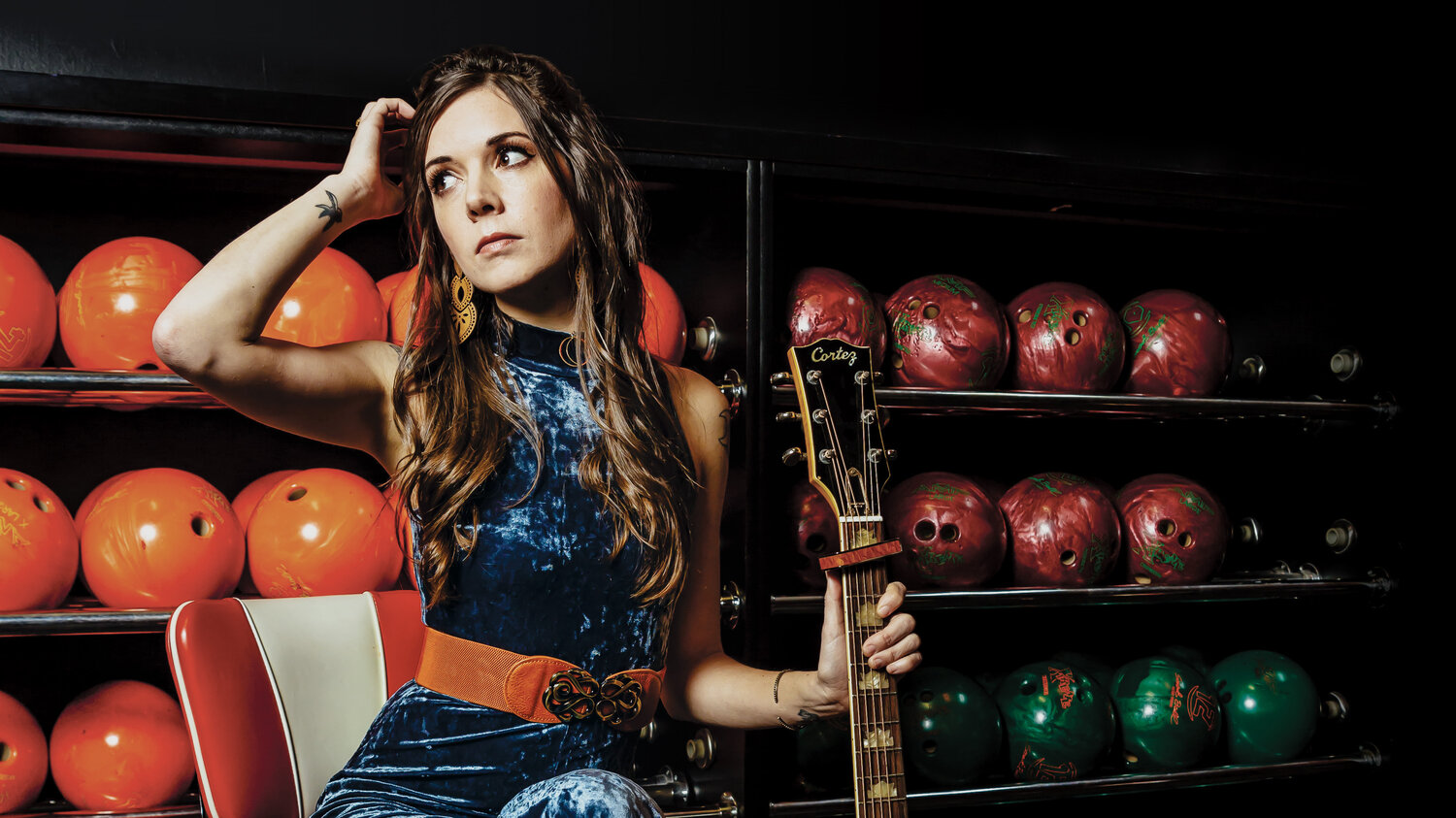 We drive around in Tim’s Toyota Highlander. It’s not really a wild and crazy kind of vehicle, if you know what I mean. Tim is the most practical and functioning of adults, so it’s always got a fresh oil change and a full tank of gas and usually has been through the carwash recently. We don’t break down but once we got stuck behind an accident on 95 from midnight til 6am. That was exciting. And we had a tiki man on the dash for a while too but he brought us bad luck so we had to retire him. The adventure rolls on.

Wait, we’re supposed to eat cheaply/healthy while on tour? Shoot, we’re doing it all wrong.

Let’s see, usually we start the day with enough coffee to sink a small boat and hotel breakfast if there is one (state-shaped waffles, anyone?), then move on to gas station snacks, maybe destination lunch if we’re trying to kill an hour, more coffee, and maybe dinner at a generous venue. Whiskey too.

I play with my fingers, so I don’t break strings. I do break fingernails though. You can’t buy new ones of those, you just gotta wait for them to grow back.

We rehearse in my basement studio. The only crazy part is that I have four kids, two cats, and a dog, so it’s kind of like a circus all the time.

Oh my. Here’s 11th grade me and my best friend Andie sitting on my bedroom floor pouring our hearts out, singing our melodramatic civil war themed song, Silhouettes: “Silhouetted in the morning, as the east begins to glow, kissed my teary eyes and turning, toward the drums I watched you go”.

Does my 11th grade talent show count? I sang Joan Baez’s Diamonds and Rust, Sting’s Fields of Gold (more in the style of Eva Cassidy), and an original that I can’t remember.

If raising 4 kids counts, I’ve been doing that for a long time now. I had an actual job baking at a local coffeeshop once many year ago, that was pretty fun.

We are finding more ways to reach a broader audience, and get paid for it. Platforms like Patreon, Kickstarter, and Bandcamp allow us to seek support directly from our fans. Live stream concerts with virtual tip jars are the norm now. I think we’ll see more and more of that, especially this year when live shows are scarce and streaming services like Spotify pay such minuscule amounts.

You learn everything as you go, and I feel like I’m still learning a lot today. So, trust your instincts. Be patient with yourself. Be a businessperson when you have to, but be an artist always.

Karen Jonas’ fifth album The Southwest Sky and Other Dreams is a flashback-fueled fever dream of Americana songcraft and storytelling. Taking the vast desert expanses of the American Southwest as her backdrop, Jonas embroiders small-town snapshots into vivid explorations of our inner struggle between ambition and inaction. The Virginia singer-songwriter’s most accomplished and evocative expression to date, The Southwest Sky and Other Dreams captures that aching space between romantic dreamstate and numb reality like few before.

Connect with Jonas online and (eventually) on the road.