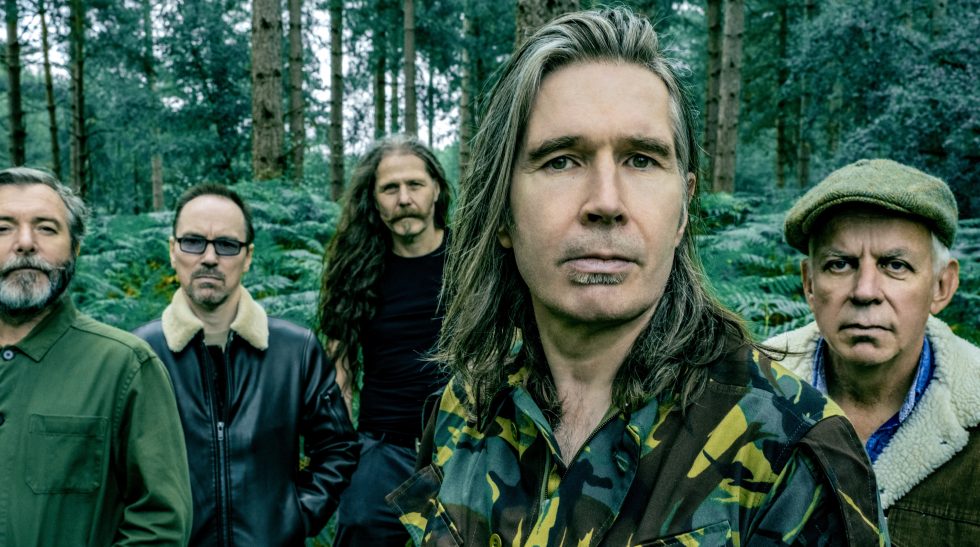 Never own your own tour vehicle. Never own anything. Want a rock star lifestyle with a country house with a car-ready pool? Rent it. British bands don’t have vehicles. They have vouchers for train tickets.

Buy a lot of raw vegetables and nibble them occasionally. But it’s best to eat healthily before you get on the bus. The rest is just chaos and you get what you’re given or grab what you can. Use bananas frequently. Carry nuts. Avoid pâté.

We haven’t broken a string since 1987. We change them when they start to give off a resentful odour. I’ve had the same set of strings on my Precision since 1998. I keep them clean with turpentine. I buff them up like mirrors.

We don’t have one. We rent spaces when we need them, which is once in twelve blue moons. We rent rooms from thieves and aristocrats. We once used an attic above a small discotheque, accessible only by a stepladder balanced on a bar table. One of the places we rented had a library and a croquet lawn. One had its own art school attached. It was a projection room from which we produced no projects nor projected any produce. Once we practiced in a cupboard, arrayed vertically like policemen in a motorcycle display.

Entire lyric: It’s nice here, they give me petrol

It was a village hall booking that came through our drummer, Paul. The secret he kept from us was that it was a benefit concert for the Scottish Liberal Party, the sort of fence-sitters who sanction the death penalty but only in the case of extreme poor taste. People “frugged” to our overly intricate rhythms. There was no alcohol and we borrowed the PA from a band who left their door unlocked. History beckoned from its unmade future.

I was a poisoner once at an American style hamburger joint. The waitresses wore roller skates and I stole a lot of cheese to feed the group back at our furnished flat. A record deal got me out of that job. If it hadn’t, I’d have drunk myself to death in the pub next door before I was 25.

I don’t look at the income, I just get paid a wage each month and wait for it to stop, like most people. I expect to be dead 10 years from now and if I’m not, I expect you to kill me.

I know less now than I did then, whenever then was. I used to believe in a future full of astounding possibilities. I used to understand the difference between the possible and the probable. Now everything seems improbable — which is impossible.

The noises began many years ago born of the youthful exuberance, and sexual frustration of Justin Currie, James Scobbie, Donald Bentley, and Paul Tyagi. After recording one flexi-disc and playing some concerts Donald Bentley and James Scobbie began to perceive that there might be better ways for them to exorcise their dissatisfaction with existence (through architecture and clinical audiology respectively). But similarly afflicted individuals were soon found to replace them and make similar plangent sounds with guitars and so the spirit grew.

Now with Iain Harvie and Bryan Tolland at its service del Amitri made two songs and engraved them onto 1000 seven inch vinyl discs. One of these songs, ‘Sense Sickness’, was broadcast to the people of Albion, nay, the world at large by the once venerable (lately slightly sullied) John Peel who subsequently invited del Amitri to record four more songs for the British Broadcasting Corporation to be similarly broadcast to the nation. This brought del Amitri to the attention of a commercial company (only peripherally connected to the military-industrial complex) that was designed to make money from songs on vinyl discs.

In their decades of recording and performing del Amitri has enlisted the services of many, exploited some and ruined the lives of an unfortunate few. The cold statistics of del Amitri’s ‘success’ can be summarized as follows; fifteen top forty singles and five top ten albums in the UK, one top ten and three top forty hits in the US, a number one album in Australia, and extensive radio play across mainland Europe that have combined to generate millions of sales worldwide.[8] What any of this has meant to you we can only speculate on. But what it has meant for those close to the heart of del Amitri and (excuse us if we sound like romantic fools) lucky enough to have caught the tail of a golden age of recorded music is that we have been privileged to spend a lifetime devoted to writing, listening to, thinking about, and performing, music.

Del Amitri have just released Fatal Mistakes, their first album in nearly 20 years. Connect with the band online and (eventually) on the road.