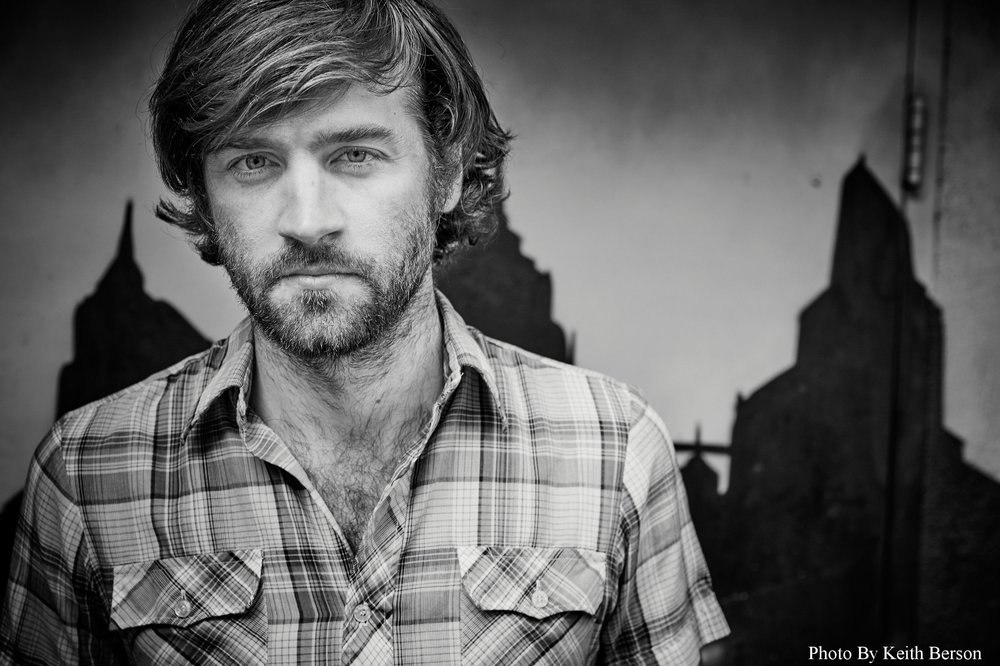 In the beginning I used to tour in a 2000 Silver Chevy Astro Van. Back then I was living gig to gig and sleeping in there a good amount of nights. Had to replace the engine on a trip in Canada, the rear differential twice, countless alternators and batteries. I was lucky in that I never had to miss a show on account of a breakdown. The folk gods were with me and I always found a way to get to the gig.

One night, on an off night, I broke down in Red Bluff, CA. It was Sunday and I got a tow to a mechanic, which was closed till Monday morning. Luckily Red Bluff is small, and the mechanic was next to the few bars in town. I walked from bar to bar asking if they’d let me play in the corner for tips. I forget how many said no, but one said yes and I sat there for a couple hours with the tip jar and cds out. Made some cash to help with that repair. Now I use mostly rental cars since I’m flying out to gigs most of the time. More reliable, less stories.

I try to stock up at health food stores when I’m in towns that have those kinds of places. I take advantage of any venue that will feed me and am always grateful for the places that put feeding musicians as a priority. I always say, if I was president, one of my priorities would be that all workers at establishments with food get fed well.

As a folk singer with a pretty mellow strum, a broken string is relatively rare. Maybe once every couple years does that happen. I try to change mine every couple months. And it’s not too expensive.

For someone who travels as much as me, the rehearsal space is generally the green room. Or possibly the room where I’m staying that night, couch or hotel room. I suppose many crazy things happen in the green room. Mostly just people crashing in, and all that. But nothing that everybody else doesn’t already deal with.

The first songs that I wrote in high school are kind of a blur. And thanks to the gods that recording was harder to come by back then so no one will ever get to know. I can remember the first songs that I was writing in college that people began to respond positively to. I had a song about Nalgene Bottles which at the time in Santa Cruz were very popular among the hippie girls. It was a list song of all the non-hippie girls I had tried to date and how it all failed, so I just wanted to find the Nalgene girl. It was a challenge finding things that rhyme with “bottle”. One lyric was “I dated the S&M chick, but we just both wound up in the hospital. I’m just looking for the girl with the Nalgene Bottle”.

Now that, I do remember. I was a senior in high school and every fall we had a talent show, which was one of the biggest events. It was at the football field and everyone in the school and their friends and family would come out. So my first gig was in front of over 1000 people. I definitely puked in the bathroom before I went on.

I was a math teacher. My favorite was probably when I picked up trash at UC Santa Cruz while I was going to school there. My boss was an old deadhead and just got me hella stoned every morning. We’d listen to the Dead, or Dylan, or Traffic, or anything jammy from that era and walk around that beautiful campus picking up the little bit of litter that was there.

I’m usually pretty private of that kind of stuff. I will say, I’m very grateful for the booking agents at Partisan and my management team at 7S who have done a great job over the past 5 years making sure each gig is executed professionally with a fair pay and organization. And of course to all the fans who continue to come out and support and fill the venues. I would be back in those Red Bluff days walking bar to bar if it weren’t for all of them.

So many things to be honest : ) One thing would be to find out what kind of show your crowd and you are compatible with and what both you and your audience like to see you do. Once you find that, don’t compromise on performances. Do your best to be consistent in the show you present to your audience.

Renowned for his eloquent Americana style, engaging live shows, and off-the-cuff clever observations, John Craigie carries on the legacy of classic singer-songwriters, while blazing a trail of his own.

Recently, that trail twisted and turned into new territory for the Portland, OR performer who The Stranger appropriately dubbed, “the lovechild of John Prine and Mitch Hedberg.” His music speaks loud to both audiences and fellow artists. Todd Snider notably hand-delivered a gift on-stage, and Chuck Norris has sent fan mail. His fifth full-length album, No Rain, No Rose boasted two collaborations with Gregory Alan Isakov, namely “Highway Blood” and “I Am California.” Both quickly cracked 1 million Spotify streams and counting, as his knack for a captivating narrative and rustic aural palettes powered the 13-track offering together.

Asterisk the Universe, his newest album, will be released on 12 June. Connect with Craigie online and on the road.