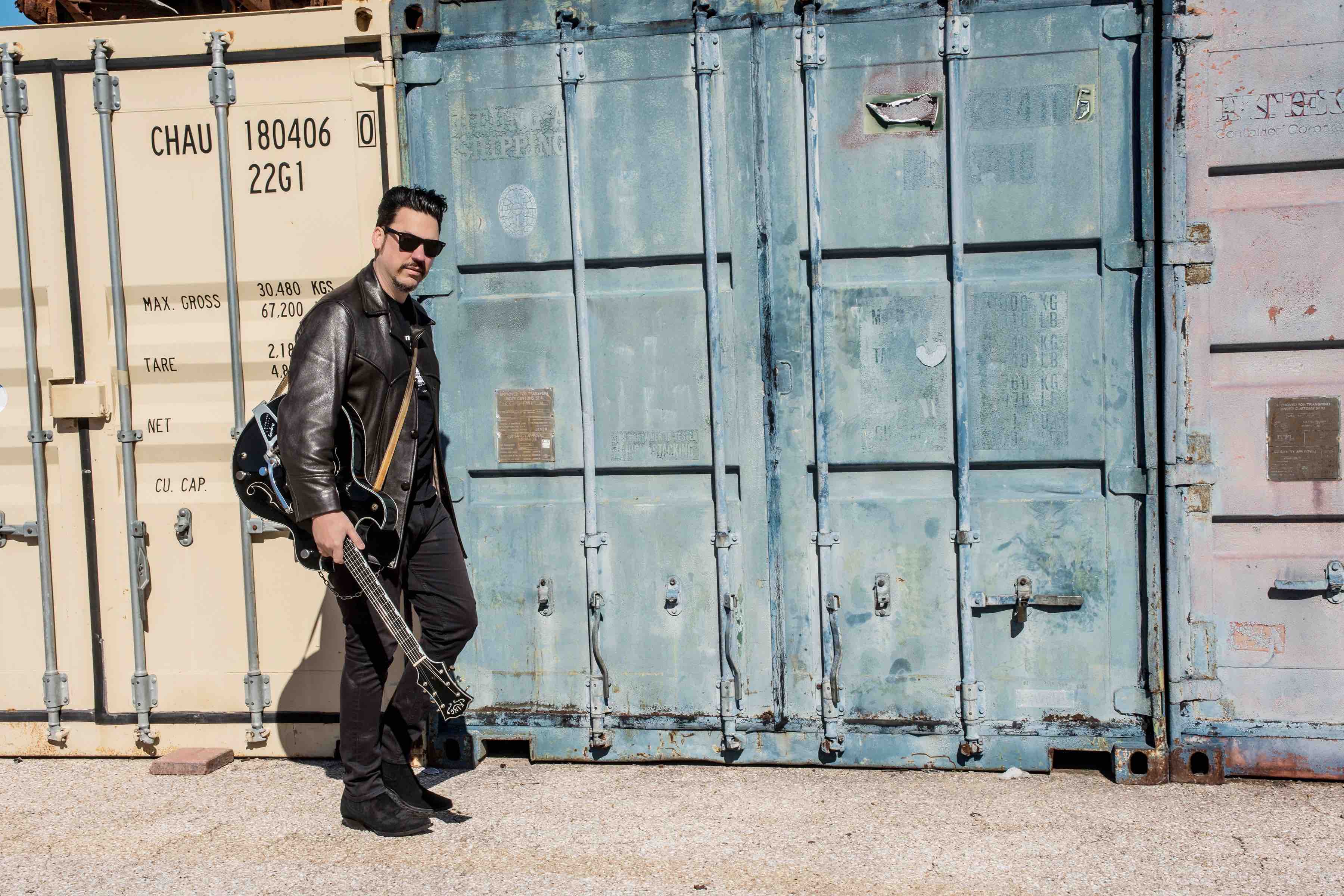 I use a 40 ft A-Class RV that’s customized with two standard bus bunks installed for my bass player and drummer, and I sleep in the back bedroom. Our tour manager sleeps up front. I bought an extended warranty in case anything goes wrong. The equipment bays are big enough so we don’t pull a trailer.

Yes it’s an $80,000 vehicle but it’s changed our lives. We were paying upwards to $3000 a month for hotels on every tour, now I pay $500 a month for my note on the RV and my guys do not want to sleep in a hotel knowing they’ll get kicked out at 11:00 am anyway. We eat a lot of vegan food on the road and we have a refrigerator in the RV, which is huge for us. The RV also gives us a place to chill out and get away from everyone.

After I put 500,000 miles on 3 different vans, I seriously don’t understand why more bands don’t use RVs. Even the C-class old used camper RV we had before this one was a game-changer! I love my RV. Bigger than a van, cheaper than a tour bus.

We eat a lot of vegan food on the road but we’re not specifically vegans, after all we are from Texas! Having a refrigerator and kitchen in our RV has been a game-changer for us! We pull up to the Whole Foods or local farmers market and stock our RV with super healthy stuff, and we rarely eat out.

I used to break guitar strings all the time until I went on tour and opened up for the late great Dick Dale. The first night of the tour at the Belly Up in San Diego I broke a string and Dick said “you need to man up and use big strings so you don’t break them son!” I’ve used 13, 15, unwound 20, 36, 46, 56 gauge since that night and I never ever break strings. I have a D’addario so I get them for free. String endorsements are pretty easy to get if you’re nice to the reps and willing to show them that you tour a lot!

We usually rent out rehearsal spaces to work up a brand new show before we head out on tour. We used to have a rehearsal space but it quickly turned into party central, so not anymore. We do a lot of stripped down acoustic rehearsals since there are only three of us in the band with just drum sticks, upright bass & acoustic guitar. Being a 3 piece band is amazing!

First song I remember writing was a ridiculous song called “You’re In The Real World”. It was a punk rock type song and the lyrics were inspired by my father telling me “wake your ass up boy you’re in the real world!”

My first gig was at a high school talent contest and we were horrible, but the kids dug it. I think we played “Devil Went Down To Georgia”…not an easy song for beginners!

My last and favorite job are/were the same. I was a bartender. I think all songwriters and actors should tend bar. It’s character case study 101. The one thing I learned tending bar was, it’s not that it takes all kinds, it’s just that there are all kinds!

My income as a musician has changed considerably over the years. I was a starving artist for a very long time with incredibly low monthly overhead. No car note, small apartment with a roommate, and barely any bills. But after years of building a cult following and not paying attention to playing the record label/radio game, we built all those markets up one fan at a time.

Now I bought a house in South Austin and operate all my business out of it. I’ve got a nice savings now from mostly my film & TV scores & licenses. I’m not sweating my bills and I can actually say NO to things if I’m not felling them, which is my biggest luxury. In 10 years my cult following will be bigger if I just stay focused, put out great music and merch, and tour consistently.

I wish now I could’ve told my younger self to focus more on the business, but there’s no way to learn that lesson without making mistakes. Every small failure is a gift, that’s how you learn what not to do. Also I’d tell my younger self, “just be yourself because everyone else is already taken!”

Jesse Dayton is a true renaissance man. After getting his start in zydeco bands at the age of 15, he went on to perform as a guitarist for artists including Waylon Jennings, Johnny Cash, Ryan Bingham, Duff McKagen (Guns N’ Roses) and seminal L.A. punk band X. He’s toured with Social Distortion, The Supersuckers and John Doe, written soundtracks for three Rob Zombie films, wrote/directed his own film and just signed a publishing deal to write a memoir. He is an intelligent, socially-conscious and unstoppable creative force who has had more than 50 songs licensed to film/television, released 11 studio albums and one EP, and continues to tour nearly 250 days a year.

Mixtape Volume 1, his new covers album, will be released on 9 August. Connect with Dayton online and on the road.