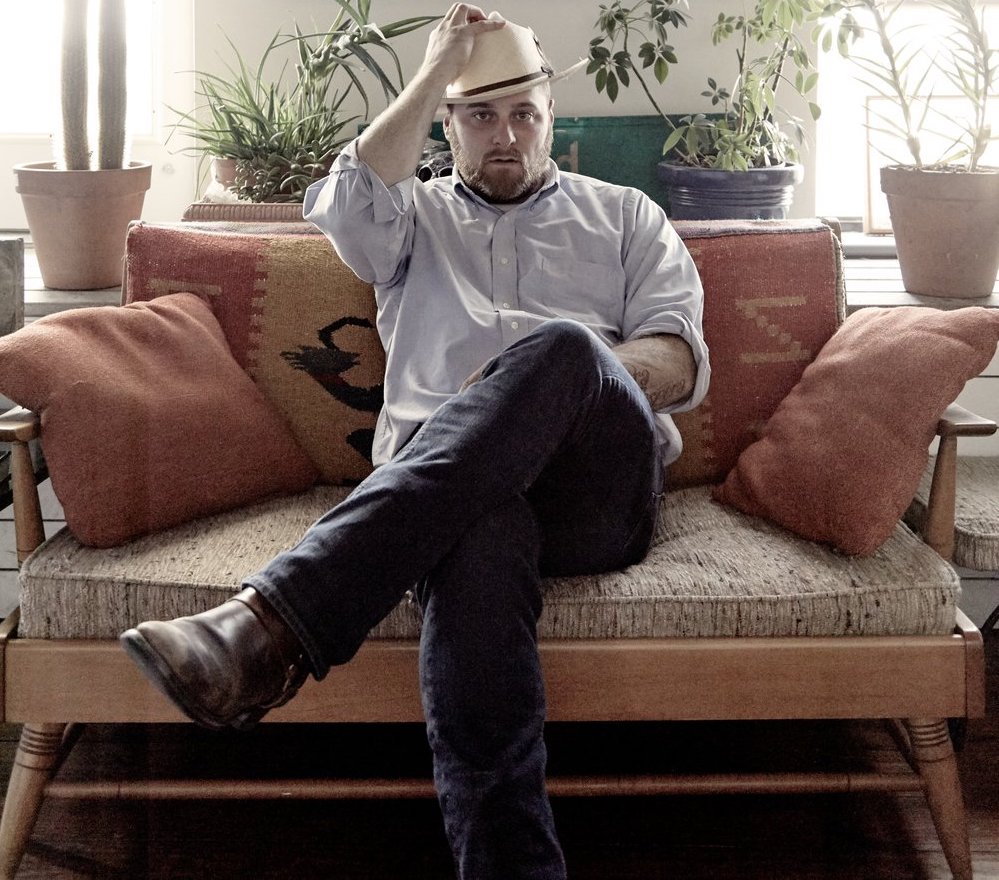 I drive a 2017 Chevy Express with 62,000 miles on it but before I made the upgrade to a van I did all of my solo tours in a 2004 GMC Canyon, I still have it, actually! It’s got somewhere around 240 thousand miles on it!  I owned a van that once belonged to The Gourds and The Baptist Generals but that one was only used for 2 or 3 short runs to Austin because, well, we’ll just say that those other bands had already gotten everything that, that van had to offer. There were too many issues with THAT particular van to mention but, the GMC was a pretty good truck. Once on a trip out East my transmission decided to trim down to only 3 speeds. I drove home from Athens, GA at 50 miles an hour. Ugh what a drive…

I used to get a loaf of bread, some peanut butter and some maple syrup. Tha’s about as cheap as I got. As far as eating healthy goes, we’re still working on that one, hahahahahaha.

I wouldn’t say that I break a lot of guitar strings but I AM sort of a “tone freak” when it comes to my acoustic guitar sound. Strings are a huge part of that. I’d say, depending upon how much I sweat at each gig, I change strings a couple or three times a week. So….yeah, that can add up. I play D’Addario strings for that very reason, it seems like they hold up to my toxic sweat better than any other string I’ve used. Realistically I’d say that I probably spend anywhere from 5 hundred to 1 thousand dollars a year on strings alone. Damn….I’ve never really thought about it like that, maybe I should start buying in bulk. Ha!

Oh, man. Rehearsal spaces, I’ve had a zillion!  Our most recent spot has by far, been the best.  A bandmate and good friend of mine is a music teacher and a member of the North Texas band Midlake. He’s been kind enough to let us use his studio space for rehearsals.  I used to rent an office-type space in the front of a storage unit facility here in Denton that I shared with a fantastic guy named Marshall Dutton who now fronts an OKC band called Hinder. Not many people know it but Marshall is a killer guitar player, I used to sit outside that place and just listen to him play guitar. Such a class act, that dude.

First song, wow! I think that would probably be a song called “This Much Fun”, it was terrible.  I was basically trying to channel Steve Earle in every single facet of my life at that time.  I went as far as to write the song on the back of a pizza box because I heard that Steve wrote “Mercenary Song” on a pizza box while working at a pizza parlor in Nashville. Silly, I know. I think the chorus went something like….”I’m tired, flat broke and busted…..my suspension is rattling and my springs are rusted…” It was awful. Bear in mind, I was a 22 year old beer truck driver who knew nothing about being tired, flat broke and/or “busted”, whatever that is.  I’ve got no idea why I thought a transition to a car analogy would be good but, I did it. Started my 10,000 hours off with a bang!

My first gig was at a bar in Wichita, Kansas. This place was both awesome and sad as hell. As many folks know, Wichita is basically a factory town for the aircraft industry. Back then, it was Boeing, Ratheon, Beechcraft, Cessna, and everyone else who had anything to do with building airplanes.  It was my understanding that all of these factories ran 24 hours a day, 7 days a week so, naturally these 3rd shift workers needed a place to get a beer after work.  My first ever gig was at THAT place. It was called Duffy’s. Duffy’s opened at 7 am, they served beer in a can with the old-school styrofoam koozies, whiskey and EVERYBODY smoked cigarettes. All. Day. Long.

I’m sure the only reason that these people allowed me to play and never complained about the awful music was because my mother was a friend of the owner. I think there’s an Irish Pub in that old building now, I’m not sure. It’s been ages since I was back.

Prior to the COVID-19 situation I had gotten to a point where I could comfortably live off of the money I made playing gigs. Once the pandemic hit, not so much. Right now I’m working as a ranch hand just outside of Denton. Basically, I’m a groundskeeper who also feeds cows. It’s a good gig, the people I’m working for are fantastic folks and the fresh air is nice.

My favorite day job would probably have to be running Dan’s Silver Leaf, though it was more of a “night job”.  I learned so many valuable lessons about the music business, all sides of it.  I’ve done it all.

My “music related” income has increased a thousand percent, once I’d decided to go full-time I had no choice but to make more money playing gigs.  I highly doubt that I’ll ever be swimming in money but as long as I can support myself and my wife and our animals with music, I’m cool with it.  That’s “making it” to me.

Before I started playing music as a career, I wish I’d known that I had what it took. The only thing I didn’t have was freedom from doubt.

Isaac Hoskins is a singer and a songwriter from Denton, Texas. Citing influences like Guy Clark, Radney Foster and John Prine, Hoskins was a New Folk Award For Emerging Songwriters finalist at the Kerrville Folk Festival in 2017.

Hoskins most recent album is Sell the Farm, released in August 2020. Connect with him online and on the road.