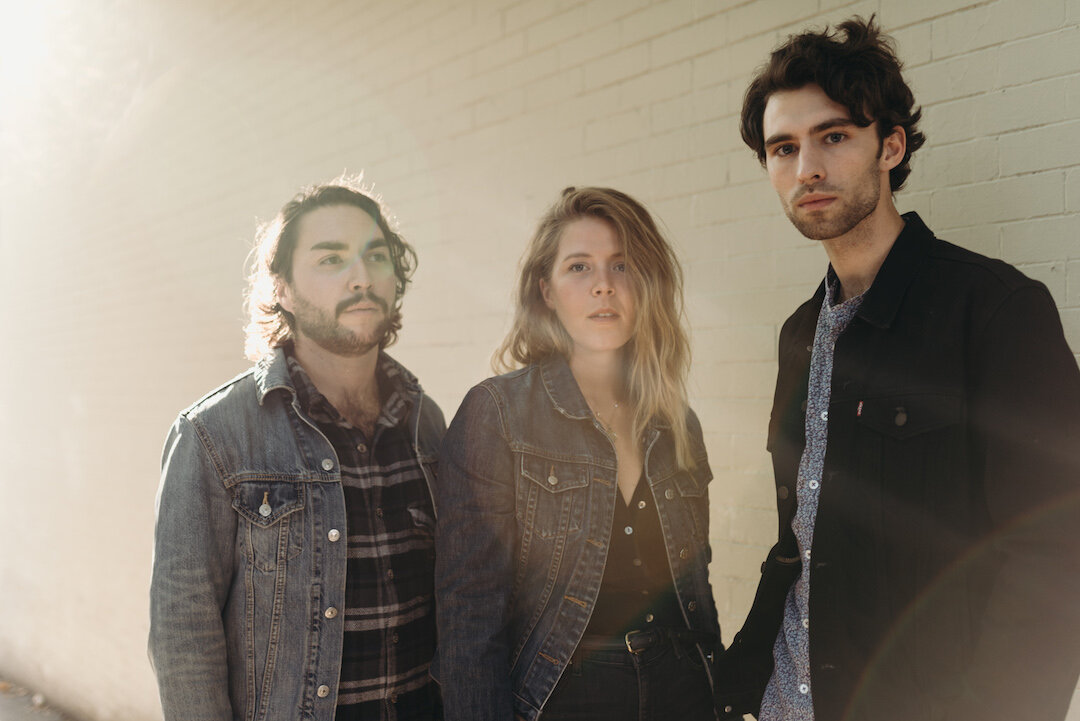 A big white chunky van. With no cruise control (that was a mistake) but overall very comfy. No major repairs and no breakdowns. I took an exit way too fast on our first leg and lost the faith of the band for a while.

For the most part it was really easy to agree on food for the road. Most of us were on the vegetarian side of things. Lots of hummus and veggies for wraps – we honestly got so, so sick of them by the end. And you could always count on someone to break at a gas station and get something nasty like taquitos. It stunk so bad and yet it’s just part of the experience and such a blast.

I haven’t had the privilege of touring long term night after night to high energy crowds yet. I expect it would be costly because I tend to become a bit of a ham on my strings when I’m getting into it. But for now it’s not that often. I just play to my cat now and she typically likes when I play softer. So I’d say 4-5 times a year.

Our rehearsal space was in one of my church’s spare rooms. Nothing particularly crazy but we were pretty lucky in that there were always leftover snacks in there. Lots of cookies and beer for memories. Moving forward I’m not sure where we will be. Hopefully the snacks are still good.

Oh boy. The name of the song is “Birdfish” and I wrote it about my high school crush who was my best friend. I had a problem with pining for people who weren’t interested. “A bird may love a fish but where would they live. I hope my lungs can breathe in our differences. Cause I’d catch a line today just to what you sing. You said darling I will just have to make you wings.” I know, I know. That line is very common and I think my 16 year-old self stole it from Ever After with Drew Barrymore.

One of our first gigs as a band was honestly outrageous and a fire hazard. We were playing in a small town north of Seattle at this sports bar for three hours and I don’t know how it happened but we sold out two hours early and they just kept letting people in. You. Could. Not. Breathe. And the venue paid us an extra $300 for the night because business was so good. A very fun and noisy crowd. But we felt good about it.

I am currently a server at a wine bar in Woodinville and also recently started at a tasting room. I’ve always been in the service industry and I really do love it. It’s definitely my favorite job that I’ve had serving. It’s a fun industry to be in.

Well considering that 5-10 years ago it was non-existent I am hoping the future is a little brighter. I think now, considering all our new challenges to making money in this industry, I’m hoping we can sell some merch and vinyl. That’s what always feels the most personal. Of course those streams and sync checks are nice too.

Starting out I felt like our band would never change. That all of us were gonna see it through to the end. And it’s a hard industry to sacrifice for unless it’s really what you want. So I guess just to be a little more realistic when it comes to having an open hand for band mates. Which I don’t feel I’ve done a bad job of, I’m just a very sensitive and optimistic person.

Fretland play songs that sway between steel-soaked yearning and Lynchian intimacy, a sound where fragile alt-country builds to passionate gushes of indie rock. From the riverside town of Snohomish, Washington, the group has racked up more than a million streams with their aching ballads, leaf-strewn sound and gently spun secrets.

Could Have Loved You, their latest album, was released on 26 March. Connect with the band online and (eventually) on the road.