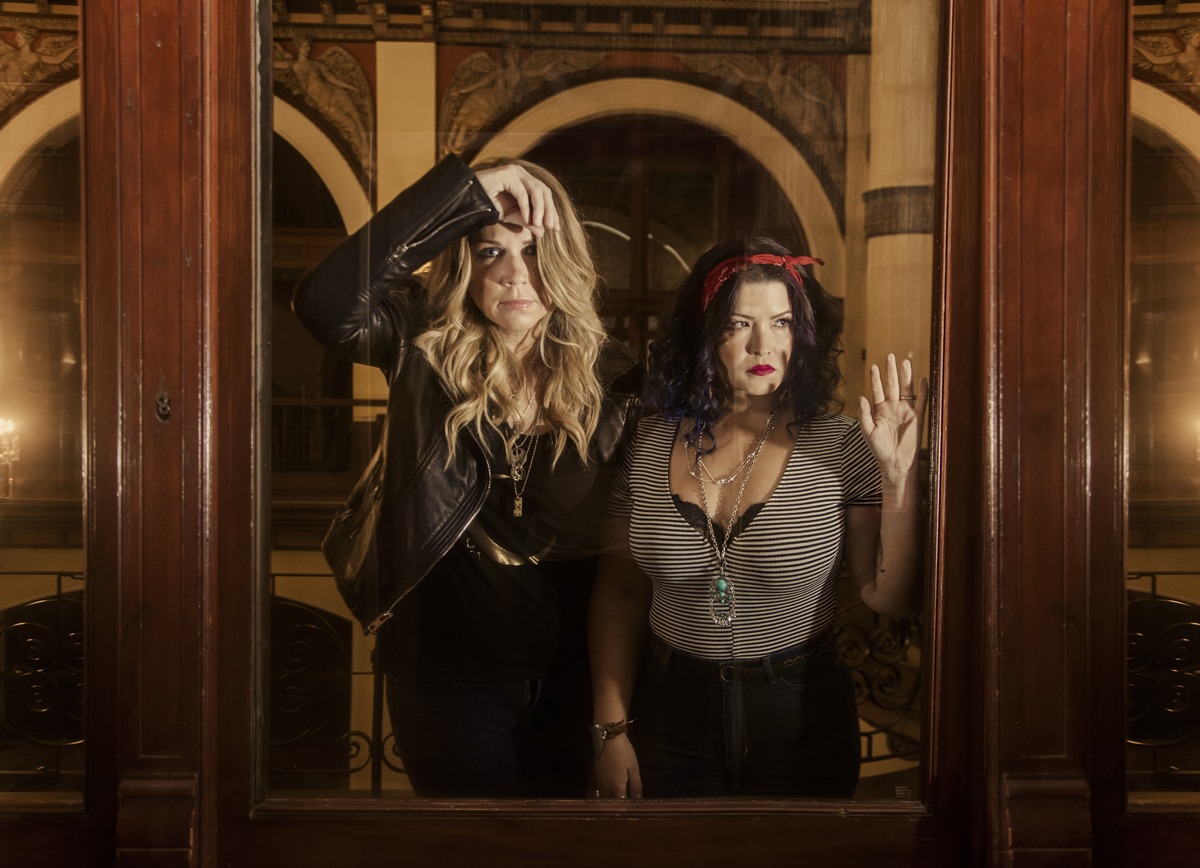 Elizabeth Elkins: Once we bought a used Ford Escape to tour in. It broke down constantly. So it’s mostly rentals now.

Vanessa Olivarez: It’s impossible, I’ve decided. Is Chick-Fil-A healthy?
Elizabeth: Pack what you can. Though I can’t say I’ve done well with this.

Elizabeth: I’ve only broken one string on an acoustic guitar. It was in 2016. When I played in a rock band I broke one or more a week. Fortunately, Granville Automatic string costs are low. I hope I didn’t just jinx it.

Elizabeth: The Atlanta rehearsal space we used some was originally Matchbox Twenty’s. But now when we rehearse we play at one of our houses.

Vanessa: Eight-year old me (as if I knew about broken hearts) wrote one called “I Still Love You”:

Vanessa: I was 15 and it was at Eddie’s Attic in Atlanta for his famous open mic. I was so nervous… which is something that’s never really left me. Stage fright. Ha! But I always felt thankful for the warm and responsive audience when I started frequenting the place to sing every Monday. Thank you, Eddie Owen!

Vanessa: Teaching voice… which I still do for students who I feel are dedicated to their craft in the same way I am. It is also my favorite day job.

Elizabeth: It changes yearly. There have been many, many years of negative income because of recording and touring, and several fortunate years where we’ve been able to write songs for a living. I do not anticipate a change in the unpredictability of it.

Vanessa: That you never really “get there”. That the music industry is a rickety old ladder to the sky for which there is no end. I feel like I’m constantly striving to be more successful. To be greater.

Led by a modern-day Linda Ronstadt, Granville Automatic writes songs the Associated Press calls “haunting tales of sorrow and perseverance.” With influences as diverse as Emmylou Harris, Ryan Adams, The Smiths and Dawes, Granville Automatic has created a one-of-a-kind sound that revolves around their passion for storytelling. The duo, comprised of Nashville songwriters Vanessa Olivarez and Elizabeth Elkins, is named after a 19th-century typewriter.

The girls’ devotion to the project has proved a chaotic road of back-breaking touring, interpersonal tension, former-day-job balancing, other-band leaving, and a love-hate dynamic that brought them from Atlanta to Nashville. Theirs is a creative partnership reminiscent of Lennon-McCartney, a dreamer-doer, accessible-obtuse, country-rock collision of two polar opposites. What the two share, however, is a love for nostalgia: old records and antiques, tarot cards and dusty books, ghosts on battlefields and lost stories from the past. That common ground has produced three historically-minded albums widely praised from The New York Times to an Editor’s Pick in No Depression.

Radio Hymns, the group’s latest album, was released in November 2018. Connect with them online and on the road.