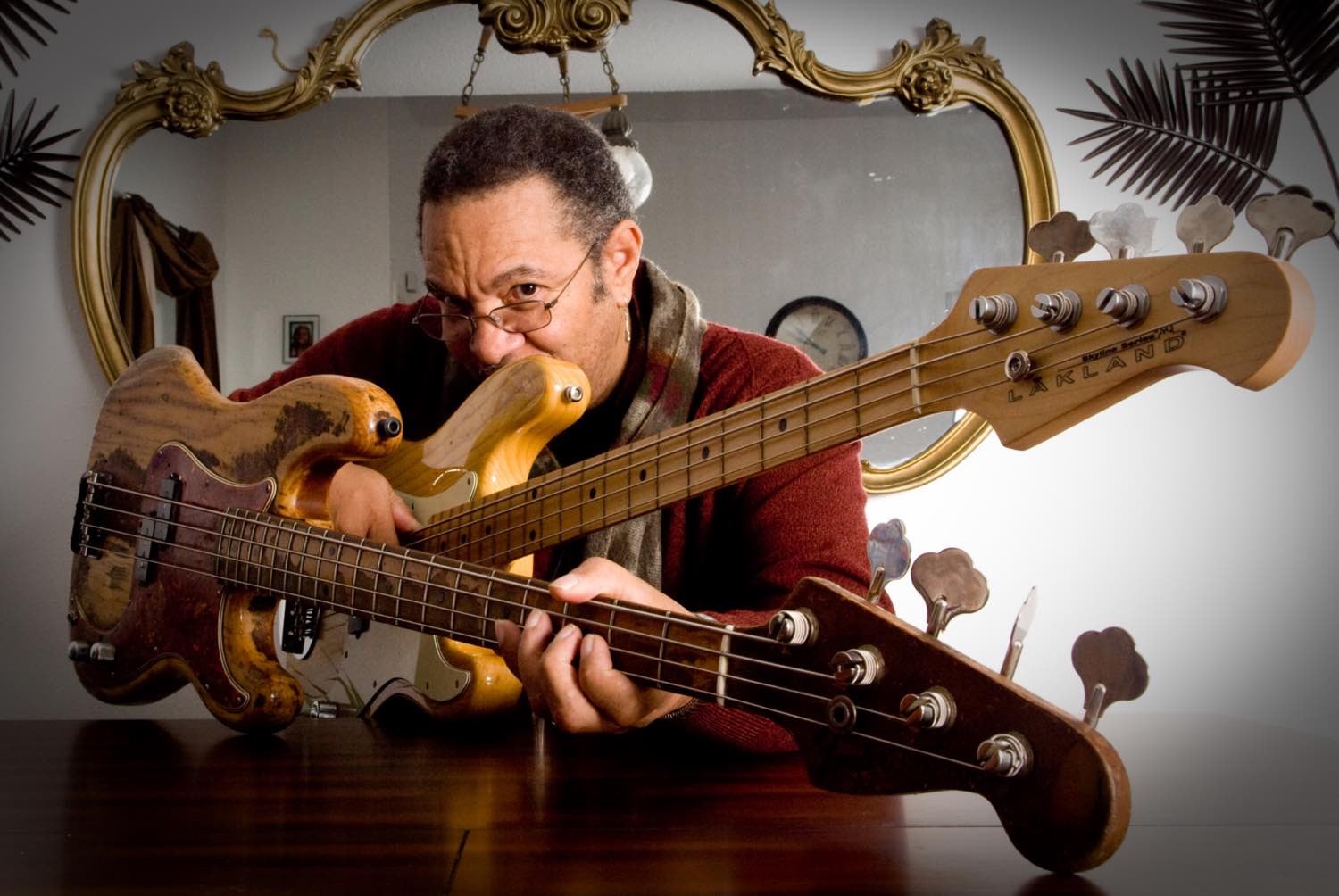 Our touring van is a 2010 Ford 350 XLT, miles 236 thousand plus, only one recall for the transmission within the first year. The fact that I have no real notable breakdown stories speaks to regular maintenance and to the reliability of Ford vans/truck. I also believe towing a trailer really beats up touring vehicles, so I make sure our gear fits into the van.

We do grab and go too often which is not typically healthy. That said, I have been cutting carbs and it is easier than expected even with hotel breakfasts and fast food stops. We also try and take the time for one or two sit down road meals every week. The bands rider does ask for Popeyes for a little taste of home, but has some healthy options like fruit and veggies, whole grain bread and yogurt. We also get a hot meal or a hot meal buyout.

I don’t break strings much anymore and since I have been playing my Lakeland bass, when I traveled with the P bass that was a different story. My strings come from D’Addario/Planet Waves so the cost is very low.

Rehearse? Well we really don’t rehearse, I do have a recording studio on the third floor in my home in New Orleans and we do get together from time to time when there are new songs to work out. Many of those new songs are things we heard and liked when listening to stuff we were playing during jams on live gigs. We make it a habit to listen to the previous night’s gig in the van most everyday when on tour.

The very first song I wrote was on a Meters session. That song was “Same Ole Thing”. It was something I was very proud of, it did not have a name yet and we were listening to the play back, Allen Toussaint put his head into the control room and said “O’ some more of the same ole thing.” That shook my heart but that is how that song got its name.

My very first gig? That would be the first gig I played that I got paid? OK, it was in a sanctified church play intense gospel songs, I was maybe 15 years old and got paid $1.50 for about a hour and a half of power playing.

I had three real jobs. (1) as a garbage man, I ran behind those trucks emptying cans into it, that did not last long. (2) working on the sous chef’s table chopping seasoning and (3) washing dishes in another big kitchen, that really did not last long I did not like the way my hands felt at the end of my day.

How has your music-related income changed over the past 5-10 years?

I am working and touring whenever I can, maybe more than before, and paying my musicians better, even though promoters are not paying me more, when I got paid ten years ago I am still paid the same today, yet I have to pay my band more. Hotel and travel costs have increased too, which means most of the time I am getting home with less than I would have gotten ten years ago, but that is how I keep those players. I am really not making any livable money with my own band these days, so I take care of my own bills now through solo special guest gigs and from the work I did 40 to 50 years ago in the form of mail box money.

What do you expect it to look like 5-10 years from now?

I am always hoping that the gig income gets better but that is all you can do is hope. What it really takes is that luck of having one of your recordings make the kind of noise that will get you on bigger, better tours. That has not happened for us yet but we are going to keep grinding.

That was and is the struggle; How much you can successfully control on your own ? Can you find good management that you can really trust? Are you finding all the creative ways to get your music noticed? I have no thoughts on how to make that any better, I have seen it all the good, the bad and the downright criminal. I just count my blessings that despite it all today I am still working and I think, I hope I am surrounded by good people.

George Porter, Jr. is best known as the bassist of The Meters, along with Art Neville, Leo Nocentelli and Joseph Zigaboo Modeliste. The group was formed in the mid 60’s and came to be recognized as one of the progenitors of funk then called R&B. The Meters disbanded in 1977, but reformed in 1989. Today the original group still plays the occasional reunions but the Funky Meters, of which Porter and Neville are still members, most prominently keeps the spirit alive.

Few bass players in the history of modern New Orleans music are as storied as George Porter Jr. During the course of a career spanning more then four decades, Porter has not only made a deep impression with his work in the Meters, but he’s notched session work with artists as diverse as Paul McCartney, Jimmy Buffett, David Byrne, Patti LaBelle, Robbie Robertson, Tori Amos, Taj Mahal, Ryan Montbleau and live performances with Mickey Hart, Bill Kreutzmann, Warren Haynes, John Scofield, Steve Kimock, Eric Krasno (and including recent studio releases with Warren Haynes and Bill Kreutzmann) just to name a few.

Porter is also the band leader of his own unique long term project the Runnin’ Pardners, well respected not only as a quintessential New Orleans band, the touring band continues to receive accolades on the jam band and festival scene. That group’s most recent release is 2015’s It’s Time to Funk.

George Porter Jr and the Meters were awarded a Grammy lifetime achievement award earlier this year. Connect with Porter online and on the road.