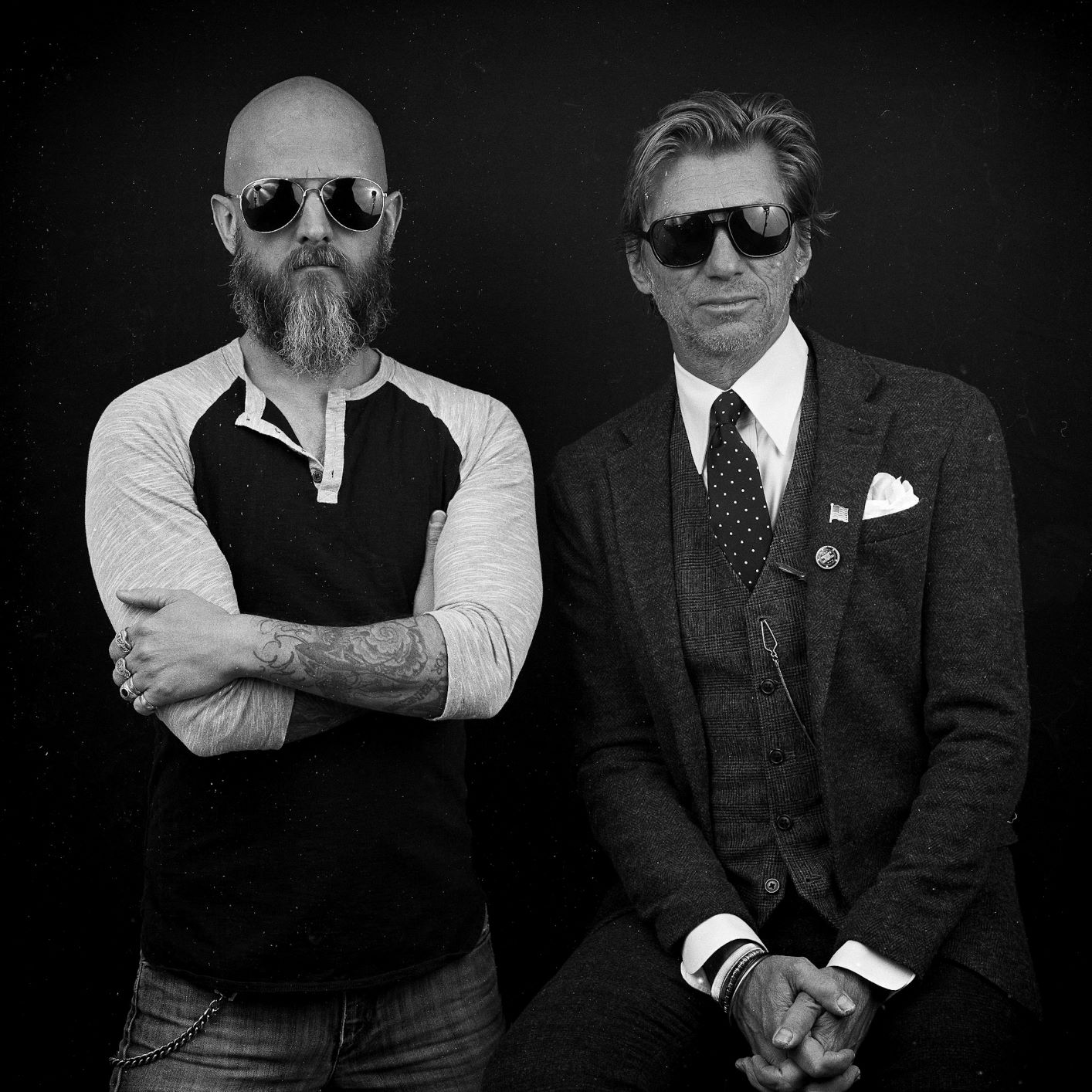 Brother Pete (Coatney) owned a 98 Dodge Ram legacy van and recently had to get rid of it so we tour in my Toyota Yaris. That little car is a beast and at 150K miles and counting, I haven’t had any major issues. Fingers crossed!

Being a two piece band, we don’t need much room for gear and everything fits in. Once I run it to the ground, we’ll switch to something bigger.

Fruits and trail mix/bars are a good way to hold you off during the day (oh and coffee) ’til you get to the venues where they usually feed you. Pete & I are not into fast food and I guess I personally don’t mind spending a little extra to eat good. Gotta do it!

I do not break strings! I fingerpick (with a thumb pick) so even though I get a big sound out of the guitar, I do not hit the strings that hard. I do change them ever so often if they get a little dull. I’ll tell you a funny story… a couple years ago, I got the opportunity to guitar tech for my compadre Billy F. Gibbons at the Austin Speed shop in Austin, TX. He’d been invited to sit in for a few songs with Lou Ann Barton and her All Star Band, and since he was just visiting and I was gonna be there anyway, he asked me to take care of his guitar. Change strings, tune it and making sure no one tries to steal it! Everything went fine that night but right before he got on stage I got a little nervous that he had no back up guitar… so I asked him. “Hey Billy, what if you break a string on stage?” He lowered his shades, look my in the eyes and said in his deep, recognizable voice: “…Oh, I won’t…” Ha… it’s all in the fingers!

Our rehearsal space is the stage! Ever since our first show as The Blues Destroyers, we’ve had that musical connection that allows us to intuitively know where to go… plus being just drums and one guitar/vocal, there’s not much to it besides the performance itself. If I bring a new song, I’ll just start it and Brother Pete will know what to do!

For a while I dabbled with writing only music with other bands. If I remember correctly, the first full song (lyrics and all) I wrote was one called “Long Way From Home”.

My first gig? I must’ve been around 13. Playing outside a bodega in my hometown of Nimes, France with an older friend of mine who played harmonica. We played blues instrumentals all night!

I’ve been lucky to make my living solely by playing music in the United States since I’ve arrived nineteen years ago. The only regular job I’ve ever held was back in France after dropping out of high school, working for the local music store. I lasted a couple of years before packing it all up and move across the big pond!

I don’t live beyond my means and I’ve never cared much for material things. So I’ve been able to sustain a decent life up ’til now (not without its challenges, but that’s the lot of many people, not only musicians) and I’ve been lucky that I’ve got my health… So, who knows what the future is made of! For now the main focus is the music, the writing and the stage.

To reference one of my favorite artists, Seasick Steve: “I started out with nothing and I’ve still got most of it left.”

Not sure. But if you had told me when I first started playing guitar at the age of twelve in the South of France that one day I would become an American Citizen, call Texas home and play music for a living; I would’ve called you crazy!

As the name implies, Frenchie’s Blues Destroyers are well steeped in the blues, but their music draws as much from ’60s British bands as the American blues on which those bands built their sounds. Yeah, this duo plays blues, all right — blues that rock. On their new album, Love is Blood, lead guitarist, singer and songwriter Kevin “Frenchie” Sciou and drummer Pete “Brother Pete” Coatney form a two-man wall of sound that simultaneously pays homage to and builds upon blues and rock traditions, while adding sprinkles of the Texas twang they absorbed from years of playing with Lone Star originals including Jack Ingram and Billy Joe Shaver.

Praise, the duo’s latest album, was released on 13 March. Connect with the band online and on the road.