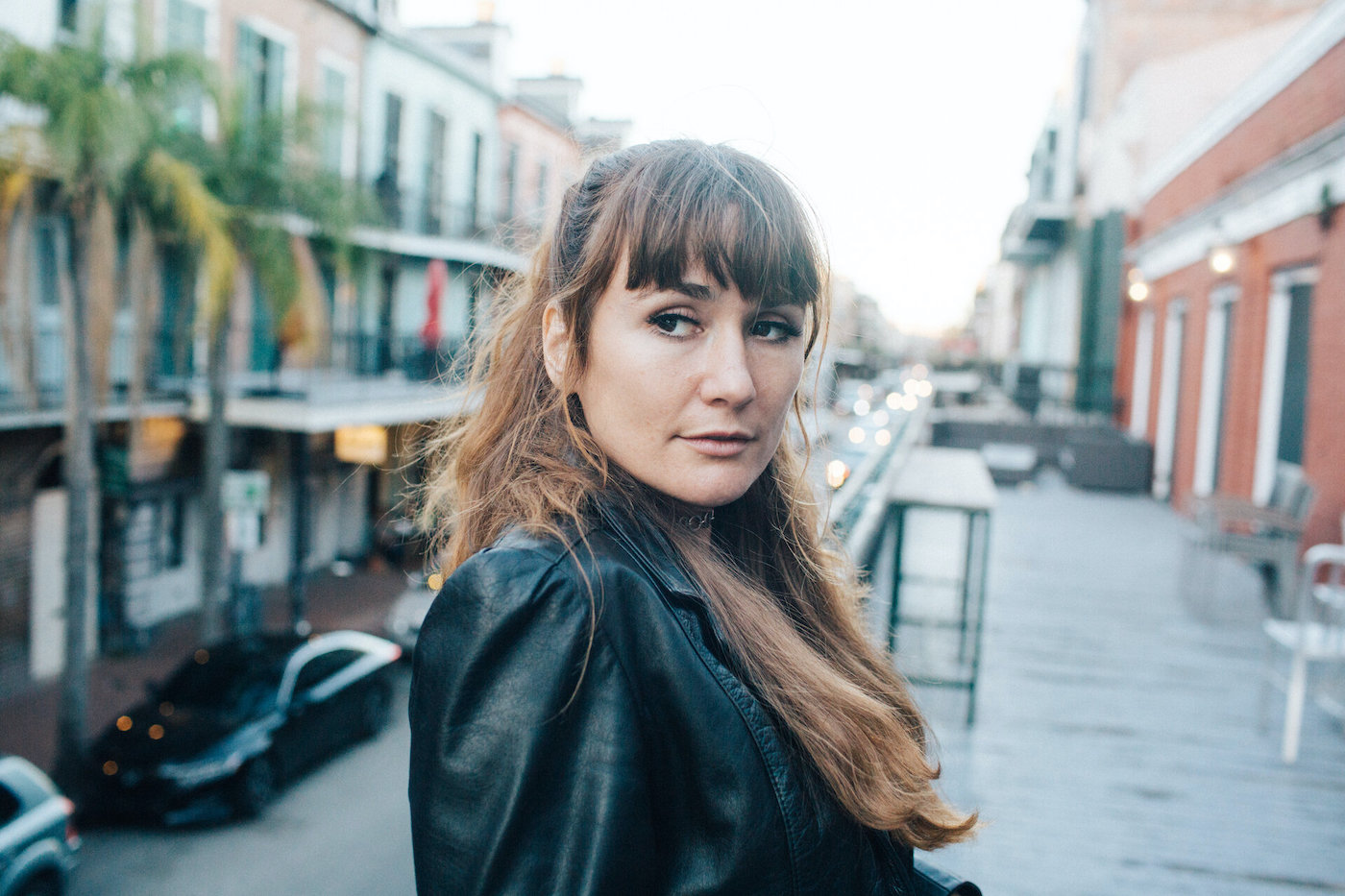 I had a cherry red Subaru Forester and I’ve since commemorated it on my new album with the song “Good Time”. After many months of non-stop touring, I was finally headed home to Louisiana from Wisconsin. My Subaru had other plans and around midnight the engine blew somewhere east of the Land Between the Lakes, KY. Have you ever called AAA and not known what state you’re in? I think maybe I’d been driving too long. I got a 300 mile tow to Nashville and I remember thinking how cliché, I wonder how many other songwriters arrived in Nashville tonight on the back of a tow truck? It was indeed a “good time for bad timing”.

I have never broken a string. Am I now jinxed?

We rehearsed for the album at our drummer Cameron’s house in Holy Cross, New Orleans. Most days the front door was open to the green grass of the levee, the low booming of the cargo ships on the Mississippi River, train sounds, and the clanging of the draw bridge on St. Claude Avenue. If you’ve spent time on the levee in the Lower 9 you will instantly recognize that delightful combination of sounds.

The Game. “Don’t you know love is just a game / and feelings never feel the same.”

My first musical incarnation was called Shy Girl Show and I played a Casio SK-8 over slow disco beats. I mostly covered early jazz and blues songs very poorly. I actually went to the emergency room right before my first gig because I spilled an entire tea kettle of boiling hot water on my leg. I still have the scar and a love of morphine.

I’m currently working at a coffee shop in Taos, NM. It’s managed to stay open safely during the pandemic with a walk-up service window. I love being non-stop busy for hours and the satisfaction of doing something so simple and gratifying for others. I love making things with my hands. I remember being a teenager and finding out about coffee shops, that they stayed open late and people gathered there. It was like a revelation – coffee culture! Growing up in the midwest, teens would hang at the mall or walk around the big box stores… but a great coffee shop is almost like a town hall or the center of community.

Do not date or marry the guitar player.

Esther Rose was in perpetual motion when she wrote How Many Times. In the span of two years, she moved three times, navigated the end of a relationship, and began touring more than ever. The New Orleans-based singer-songwriter used that momentum while she penned her third studio album. That’s why, as the album title’s nod to the cyclical nature of life implies, there’s a rush that accompanies How Many Times as if you’re experiencing an awakening, too.

Rose expands her alt-country sound into a blossoming world of folk pop and tender harmonies. A collection of complete takes recorded live to tape with rich instrumentation, soul-tugging hooks, and resonating vocal melodies, How Many Times carries you into the room in which it was made. There to help realize this was co-producer Ross Farbe of synthpop band Video Age, who Rose also credits for bringing a stereo pop glow to these new songs.

From opening for Nick Lowe on tour to being asked to sing on Jack White’s latest album, Rose’s journey through the past few years has been one of saying yes to new opportunities, all while nurturing and playing in bands in the New Orleans country music scene. The arrival of How Many Times is evidence of the sweeping growth Rose has undergone, both personally and artistically. She’s turning towards her troubles and facing them head-on, ready to feel whatever’s necessary in order to keep growing upwards and outwards.

How Many Times will be released on 26 March. Connect with Rose online and (eventually) on the road.