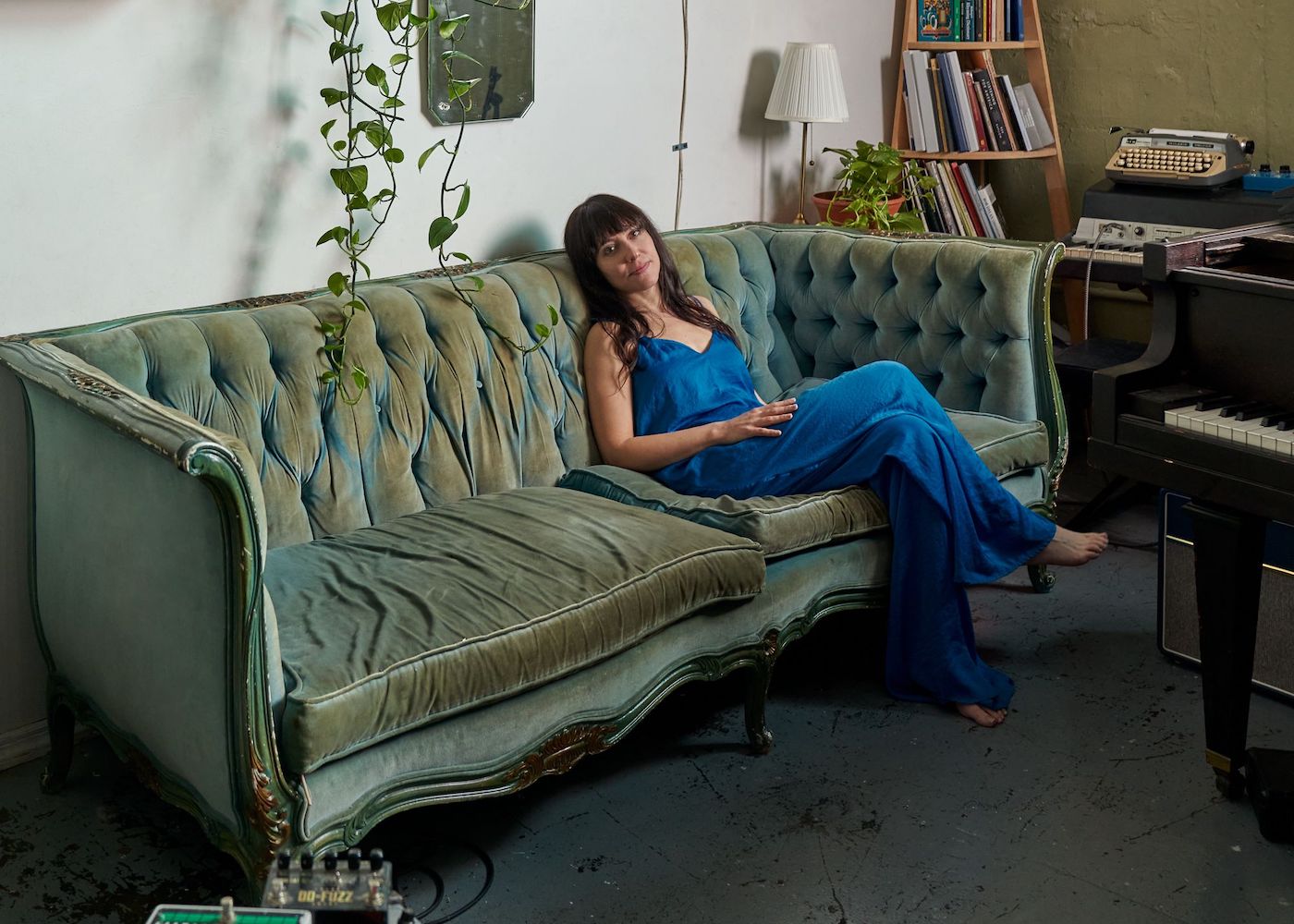 I no longer have a vehicle because I was asked to open tours as a solo artist so much last year that I just ended up riding around in other people’s buses/vans.

Eating healthy is a priority for me on tour because it’s the only way I know how to keep my body energized and running with such a crazy schedule! I usually make a big stop at a supermarket (hopefully Trader Joe’s!) and stock up on healthy snacks that don’t need refrigeration. Then it’s on to YELP reviews once we land in the city that we’re playing. If I can do one meal out per day, usually after soundcheck, I’m quite satisfied!

How often do you have to fix or replace your instruments?

I’m mostly a keyboardist and my Nord keyboard has been serving me well going on 8 years now! No replacements necessary.

I live in a loft space in Brooklyn with nice high ceilings and great acoustics and my neighbors don’t mind my constant music making! This is my rehearsal space.

I wrote “Shadow in a Daze” when I was 17 – “she sits like a muse, waiting for her call. She’s got her cigarette in hand, legs crossed, head tall. She owns the space around her, every man’s gaze. Clouds of smoke surround her, she’s a shadow in a daze”. What a little ham I was! Not much has changed.

My first “band” gig was when I was 18, at the Bitter End in the West Village. I was so nervous that I kept forgetting all of my lyrics! I couldn’t believe that one of my favorite singers, Donny Hathaway, had made one of my favorite live records in that very club! I definitely played “Shadow in a Daze” that night.

When I’m not making my own music I’ve been lucky enough to help score many documentary films with the composer Paul Brill. But during the pandemic I’ve also picked up some new songwriting students over zoom. It’s great fun to dig into their new material.

I make more income now from live streams and live shows than I had in the past, not just from music licensing income. I hope that this new trend can continue into the future as live streaming becomes more and more popular. It’s very neat to be able to access so many of your fans at once, and so often!

I finally produced my latest record myself and it took me years to gain the confidence to not only arrange but also engineer my own stuff. If I knew how much I’d eventually love the recording process, I would have started collecting recording gear much earlier on. I studied film scoring at school, but I probably would have studied music production instead.

Years of performing in New York City clubs and touring internationally have honed a natural ability that brings Elizabeth Ziman’s colorful imagination, smart lyrics and catchy melodies to life — a testament to why this singer-songwriter, who performs as Elizabeth and the Catapult, can’t stop collaborating — most recently with Sara Bareilles on Apple TV’s “Little Voice” and with Paul Brill on award winning documentaries.

Elizabeth and the Catapult’s fifth studio album was born out of a need during the pandemic shut down to cope with the breakdown of communication. sincerely, e is a comforting salve – to soothe and nourish listeners and lovers of music – after a most confusing and emotional year. sincerely, e will be released on 5 March 2021.

Connect with Elizabeth and the Catapult online.