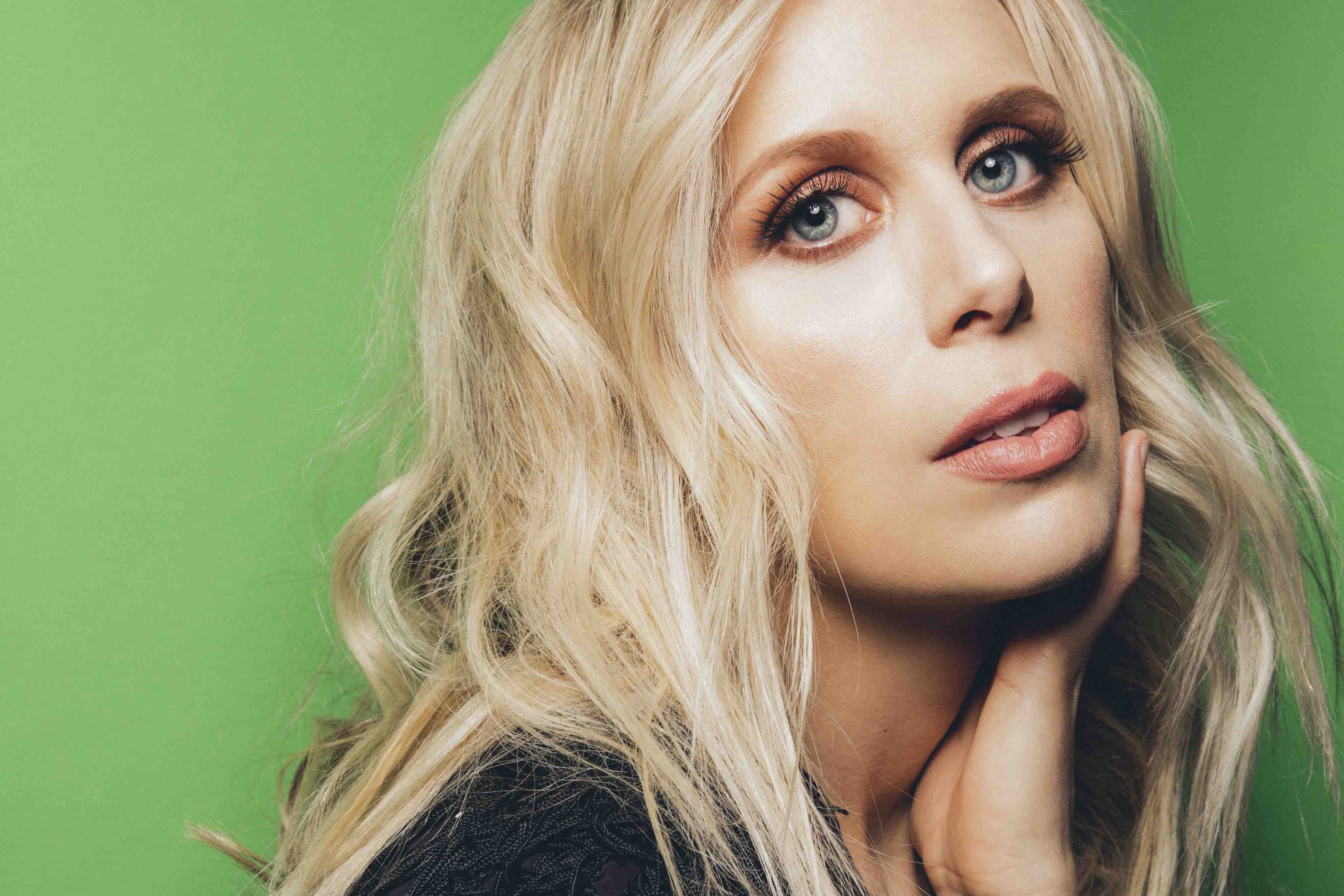 It’s kinda been a hodgepodge of vehicles over the years. A trailer hooked on the back of my 4 Runner, a Ford 8 passenger van with a trailer and about 180,000 miles on it, a Ford 15 passenger van with Idk how many miles on it. But, probably the most throughout my career its just been little ole me in my 4 Runner with my guitar and a suitcase. Lots of podcasts. Wishing I had a tour dog. No notable breakdown stories yet, just a buncha flat tires.

Eating healthy on tour is something I am always trying to accomplish. Some days I do, some days I don’t. We eat A LOT of Chick-Fil-A. Which I dunno if it’s actually healthy at all but the grilled nuggets and fruit are my jam. Often venues feed us which is always very appreciated and if a salad is an option I’m stoked to get some greens. It cancels out the booze right? I also try to drink a ton of water and stay hydrated in my vocal chords. However, my bandmates do not like the amount of bathroom stops I request!

I don’t break strings very often. I stay more in the mid-tempo chill vibey world, which is less risky for string breakage. However, this past year I was opening a sold out show for Dwight Yoakam and the 4th song in broke a string. I sang along to just bass and drums while my guitar player handed me his spare and I was back playing before the song was over, it was so smooth it was almost like we planned it.

My bass player Jacob has a little shed type building in the back of his house in Madison, TN. There is no heat or air conditioning. But there is a mannequin of a naked woman, a dart board, lots of instruments, a giant American flag, and empty beer cans. I wouldn’t really say crazy experiences, it’s more like a comforting place. When I am there, I am there to play music with my best friends. Rehearsal is a really important part of it all to me. Mostly we’re just drinking beer and working on tunes.

Oh GEEZE. This is a good one. The very first song I wrote was called “Big House” when I was 12 and had run away from home after being banned from going to a Bush concert downtown. I came back and no one had noticed or cared I’d left. I was so angry I went to my room saw my guitar and wrote my first song about feeling alone in a big house. However, I don’t remember the lyrics to it really. So, I will go with the first song I recorded. Age 13. “To Be The Woman”. Here is a verse and chorus:

I bet you sit in front of the mirror and think to yourself,
That I’ll miss you and your lovely face,
Well you can think all you won’t but I won’t be,
Because I’ve already changed and that you’ll never see,

———————
The recording is so hilarious and bad with a garageband techno beat underneath, which all together makes it amazing.

My first times playing live were in front of my school. But my first club gig was with my first band, The Sandbox Lizards. We booked an underage friendly show at a venue called Juanita’s in Little Rock, AR. (RIP Juanita’s) And we put flyers up all over our school. No one had anything better to do so our first show had a turnout of about 250 high school kids all with giant X’s on their hands. I remember I wore a jean mini skirt and covered a Sheryl Crow song in the set. It was exhilarating. I am sure the bartenders loved slinging cokes and waters all night.

I have worked a spectrum of day jobs, (hotel lobby singer, cupcake decorator, house cleaner, dog walker, waitress, hostess, babysitter) and worked in what feels like half the restaurants in Nashville. But, I’ve been lucky enough to be hired to write for a couple publishing companies in Nashville over the years, which would certainly be my favorite “job”. Getting paid to write.

Well, what a personal question! One thing that leaves me feeling optimistic in this tough industry is that I have continued to see growth every year. In my career, my audience, and the people interested in working with me. And though the growth hasn’t been dramatic or quick, it’s slowly but surely been growing. I just hope to continue to see and feel that over the next 5-10 years.

-Just get out and play. You only get better as a performer and writer by getting out in front of people and playing your songs. You learn everything you need to know by just doing it. Making mistakes and having bad shows are big part of learning to have great shows.

-Be conscious of the business side of things. This has probably been the toughest part for me over the years, because I am the opposite of business minded. But it’s important to have knowledge of the business if you want to make a living playing music. Surround yourself with a team you trust and truly believe in your art, and confide in them but don’t just be aloof about the inner workings of everything. I definitely don’t expect myself to ever be an amazing business woman, but I do have a knowledge about the contracts I sign, and things of that nature.

-Do not pay attention to trends. Write the music that you love regardless of whether someone else loves it or not.

-For the love of all things, do not weigh your self-worth on your social media numbers or likes. Use social media as a tool to share your music then get that shit out of your brain waves. It’ll taint the artist within you.

Elise Davis moves between lush alt-country and stripped-down folk on her second album, Cactus. Arriving two years after The Token — the songwriter’s 2016 debut, whose electrified roots-rock sound earned praised from outlets like Rolling Stone Country and The Wall Street Journal — Cactus spins autobiographical stories about a self-sufficient woman in the modern world. Like the desert plant that lends the album its title, Davis takes pride in her own independence, confident that she doesn’t need help from others to grow tall.

Davis’ independent streak began in Little Rock, Arkansas, where she kicked off her career at 12 years old. Now based in Nashville, she has earned acclaim not only for her live show, but also her sharp, articulate songwriting. She collaborates with co-writers like Grammy-winner Maren Morris on Cactus, whose bold, country-leaning sound was produced by Jordan Lehning. The result is Elise Davis’ most honest record to date — an album about what it takes to stand alone, rooted in the hard-won wisdom of a songwriter who’s unafraid to shine a light on her missteps and victories.

Connect with Davis online and on the road.