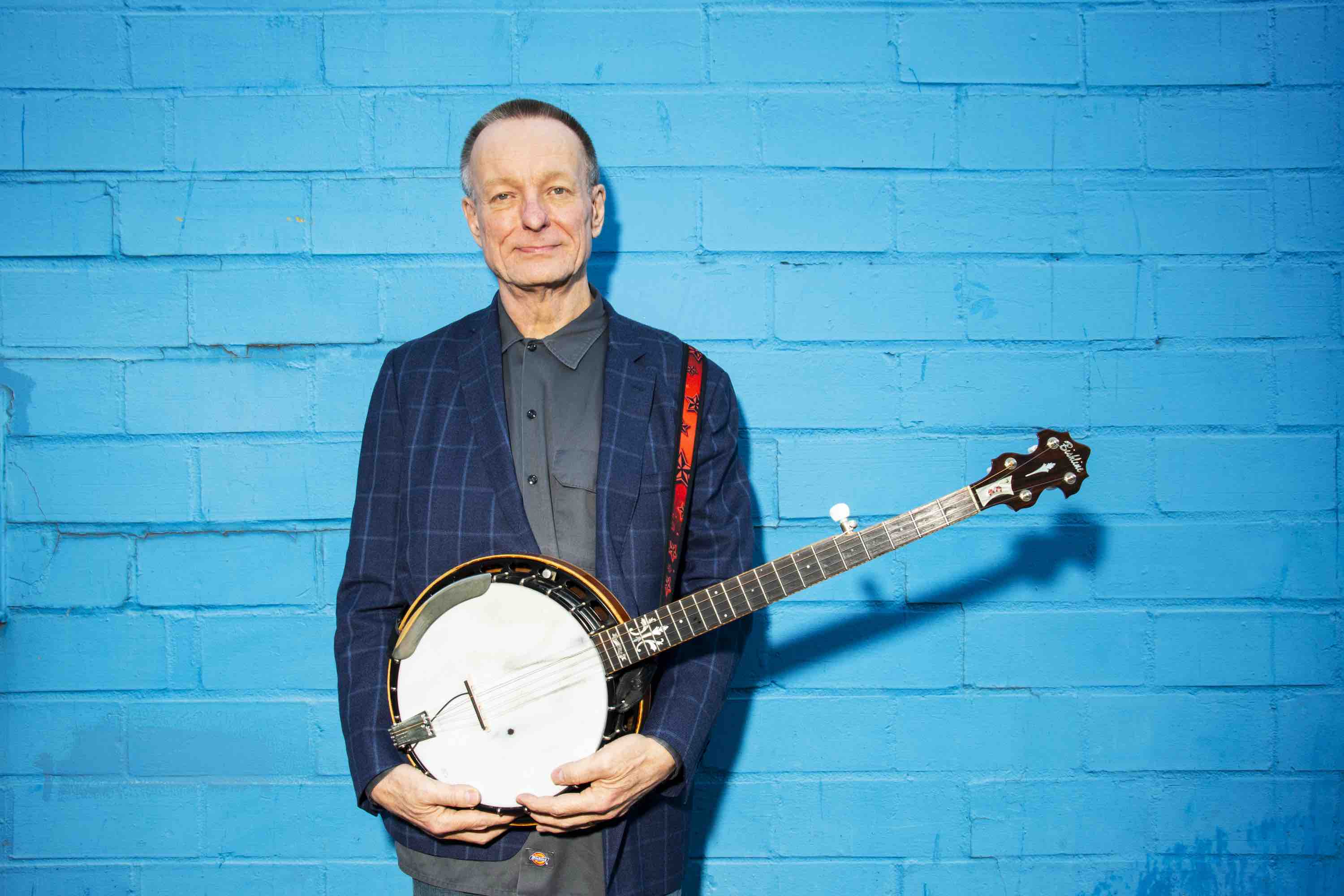 Well, I don’t like to say out loud the names of them giant corporations, but we can just say typically I like a low mileage big American car with a V8 in it. There are older ones that get 26mpg or so and are really comfortable. I like those. Not to say they are “fast,” but compared to what else is on the road you can pretty much beat anybody to the exit, and if you need to get out of a jam you can get on it pretty good. You can’t outrun motorcycles though (well, maybe them pushrod ones you can). Parts are available and fairly cheap for them type cars. Like a timing belt replacement is reasonable, etc. On a foreign car that type of repair can be really expensive. Taillight lenses and so forth.

I end up in a lot of rental cars too. Do you ever read the paperwork on those? Don’t.

In old gangster movies they used to do a shot where the tough guy would drive up and get out of the car. They don’t put that scene in movies anymore because you have to climb out of newer cars (even fancy ones) because the bodies got squished to squeeze 0.3 more mpg or something, and you don’t look super tough or cool climbing out of a car like you’re trying to extricate thyself from a clothes dryer. And the way they put that weird plastic shielding stuff under the cars to choke slightly more mpg, those are poorly designed and sometimes will fall off, etc. All that is kinda dopey. I’ve had to crawl around under there and bread-tie that junk back in there to get it on down the road. I’m not really a car guy, I like motorcycles. They are faster, you can park them easily and they are half price on the ferry boats.

a. A rice and bean burrito (or tacos)

b. An Indian buffet (for lunch)

And I like to hit a hippie food store and get avocados and peanut butter and lots of apples. I like hemp milk lattes and sometimes I like chai tea.

Never ask a local for food recommendations. Always keep something good ratholed away, like some really good chocolate. Grab stuff out of any dressing room that has reasonable units of sustenance.

I really don’t break them and can’t remember the last time one broke, and I play an awful lot. Banjo strings are pretty cheap. I like the way they sound in the middle of their life when they are broke-in good and slightly softer sounding. If you break strings, lots of times your technique is bonk, and/or perhaps you have a burr on the bridge or nut that needs to be looked at, which reminds me I need to order a set of nut slot files in the proper gauges.

I try to avoid crazy experiences and as such am probably the least interesting person for these types of interviews, haha. I play at my kitchen table, lots of windows and my dog. Lots of trees in my yard. Coffee and tea and sandwiches close by. I get up about 4 am, meditate, read and take my dog to the beach to catch the sunrise, then I come home and practice all day, or work on my house. Or go see David Grisman and play all day. It’s a mellow scene around my place. That’s what I like, I don’t do well in a “trip.” The Pacific Northwest is truly awesome. My little family loves the Puget Sound.

I used to play little banjo gigs around central Texas in early seventies, like ’73. The first one was at a place called Wayne Shirley’s Catfish….whatever…Cafe or something, maybe Parlor. (My friend from school Rudy Garcia worked in the kitchen). It was near the dragstrip there. My mom had to take me to the gig, I was too young to drive. The PA was a Shure Vocal Master, and I remember walking in and looking at it and having to figure it out really quickly before the start time.

I finally found one of those PA’s in the last few years and had it rebuilt and it’s super cool. Spring reverb and rotary fader knobs. You know, PA’s aren’t really better now. And I’m really wore out on subwoofers and those crossover points. 5.1, etc. I think a silver face early 70’s stereo sounds better than most modern listening environments, without those sharp points around 3000 cycles and that dang subwoofer. To me if you’re seeing non-metal/punk rock music and it’s over about 85db I’m outta there. If I go see Melvins or other heavy shows I have these custom made ear molds that are -25db gain reduction.

The last regular job I had was around 1986, as an apartment maintenance man, minor plumbing and lots of painting and electrical, etc. One day after work we had a little party and I brought my guitar and the boss said, “You need to quit this job and go play that thing,” and I did. It’s not that I was a great guitarist, but I was a bad painter.
I didn’t really dig any of my non-music jobs but think I would like to drive a forklift. I had a full-time job in a factory while in high school and the cats that drove forklifts had this air of superiority. I’ve thought about renting a skid steer loader and just digging holes and filling them in and maybe knock over a couple trees and then take it back. You can rent one around my place for under a hundo.

I like Linux computers, and if I wasn’t doing music I’d probably mess with them. I like how you can totally do an end-run around various giant corporations that way.

Music has been my full-time job since 1986. I got hurt a few years ago on a job and thought I was going deaf (I got blasted in my right ear with a super loud sound and it left me hearing impaired, I was completely deaf in my right ear for two months, almost three), and started drawing as a way of expressing my ideas, and that has worked out pretty good. I’ve done some t-shirt designs for bands {Hot Rize and Wood and Wire), and had my first commission and sell my drawings. (I’ve put out three comic books so far).

I could see just drawing comic books and practicing the banjo and not really playing out, but so far I like playing out okay. As long as you deal with cool people it’s fun. But like man, any uptightness and it’s a real hassle. (I’m kinda with Grisman on this, we like to practice and consider shows as a way of funding more practicing.) Especially when you are 2000 miles away from home paying for rental cars and them danged ol’ hotel rooms and fifteen dollar sandwiches and what not. In public, when nobody they know is looking, people are kinda brutal (highways, airports, planes, food places). Like, they will put the seat back in your face, but then will lean up to eat their shrimp cocktail. You’re going to eat THAT…HERE?????

Oh, it’s been pretty steady and will remain steady, I’ve been doing this long enough where I’m starting to be kind of a “legacy” cat. My audience is small but they are into it. Like if I play in Des Moines, Iowa or wherever, pretty much everybody that comes reads books, is in a band, is a painter, or writer or something. To even know I exist they have to be able to research things.

I’ve been doing this for decades and have played more than 2000 shows on my own since the year 2000. The focus is on the art, and if they don’t get it they don’t get it, but I’m still doing it. We’re trying to get the word out as much as possible on the new record, Man on Fire, because it might actually help people have a good day, and we worked really hard on it for a couple of years to get it just right, and we hope that lots of folks dig it and we want to make it available to EVERYBODY. At the same time I’m a fifty-eight year old banjo player, I’m just happy to be at the picnic. In short, this is what I do, this is what I have done, and likely what I will continue to do, and I’ve seen a lot of people and things come and go.

I did NOT realize how much work all this was. Forty hours would be a really short week for me. I also overestimated the general population’s listening habits, of course, but made the proper adjustments and figured out how to specialize in a weird type of music that I made up myself that no one else can really “do” because it “is” me, it isn’t something I’m “trying.” It’s handy to know where you are in the story arc of American literature, and once I figured that out, things got better, but it took me about forty years to figure that out.

Danny Barnes is already known as an iconic American musician, a banjo playing innovator who’s earned high praise from everybody from Bill Frisell and Dave Matthews to Steve Martin, who presented Danny with the Prize for Excellence in Banjo in 2015. From the days with his groundbreaking Austin band, the Bad Livers, to his two decade solo career experimenting with electronic music, jazz, old time string band music and more, he’s a genre bending, rule breaking original who prefers to color outside the lines.

Barnes will release Man on Fire on Friday, 6 March. The album was executive produced by Dave Matthews and features John Paul Jones on bass and mandolin, Bill Frisell on guitar, Matt Chamberlain on drums, and Matthews himself on vocals and Wurtlizer.

Connect with Barnes online and https://dannybarnes.com/gigs.