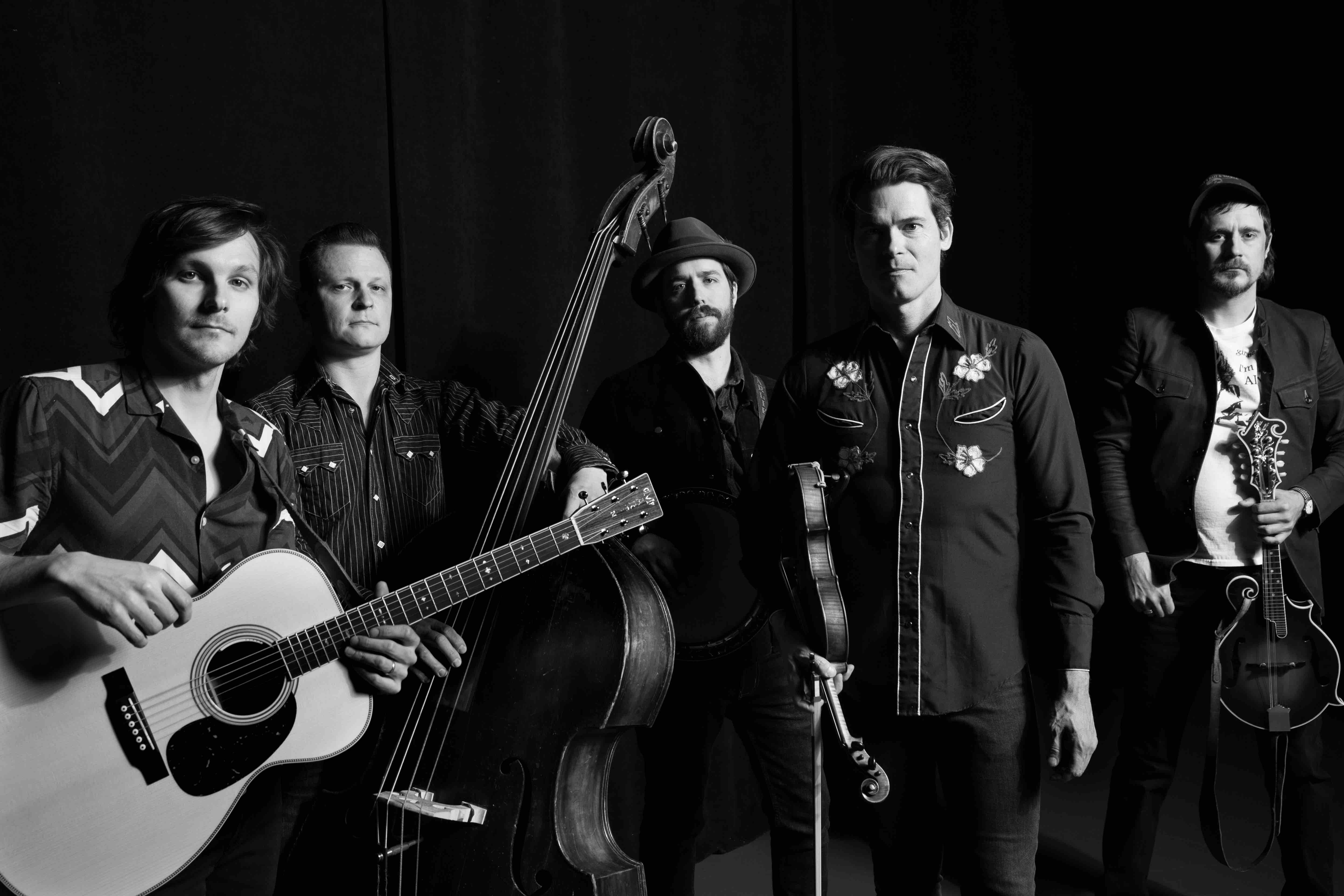 We usually travel in one or two rented tour buses. The mileage varies, but a tour bus’s life usually lasts about 1 million miles. We’ve had a few breakdowns over the years, but luckily, never missed a gig because of it.

At this point, we rely mostly on catering or buy-outs from venues. And we receive a per diem. Most of our band and crew don’t do fast food or unhealthy junk food on the bus. We try to keep it as healthy as we can.

We, typically, change all of our guitar, mandolin, and banjo strings about every 4 shows to keep the best sound. We are lucky enough to have sponsorships for our strings.

Being an acoustic string band, when we do rehearse, we can still get together at one member’s house. When I first bought my house years ago, we were writing and rehearsing for what became our 2018 album entitled Volunteer, in my garage, and we ended up with a crowd of my new neighbors. Kids were playing in my yard, someone brought us homemade cookies…. it was a pretty cool welcome to the neighborhood.

Personally, I’m more of a player, not a lyricist. But, I have co-written some through the years. I have one unrecorded song I wrote years ago called “Givin It All Back To Wichita”.

My first show with Old Crow was in 2003 at The Mercy Lounge in Nashville. I was asked to play 5 songs on piano as a featured guest, but, at the last minute, they decided they wanted me to play the full show. I believe that had to do with the fact that I dragged an actual upright piano to the show haha. They probably felt bad for me, but it all worked out!

I’ve been fortunate enough to work as a traveling musician since I was 23 years old. Prior to that, I worked as a caretaker at the Boy Scout Camp that and I grew up at as a camper and counselor.

Just like any other job, the longer you’re there and the harder you work, the more money you will make/benefits you will have. I have been with Old Crow Medicine Show for 10 years now and look forward to many more years to come.

Old Crow Medicine Show started busking on street corners in 1998 New York state and up through Canada, winning audiences along the way with their boundless energy and spirit. They eventually found themselves in Boone, North Carolina where they caught the attention of folk icon Doc Watson while playing in front of a pharmacy. He invited the band to play at his festival, MerleFest, helping to launch their career. Shortly thereafter the band was hired to entertain crowds between shows at the Grand Ole Opry in Nashville, TN.

It’s been over twenty years since these humble beginnings. The band has gone on to receive the honor of being inducted as members of the Grand Ole Opry, and have won two Grammy Awards: “Best Folk Album” for Remedy (2014) and “Best Long Form Music Video” for Big Easy Express (2013). Additionally, their classic single, “Wagon Wheel”, received the RIAA’s Platinum certification in 2013 for selling over 1,000,000 copies.

Old Crow Medicine Show now has six studio albums to their name, three of which were released by Nettwerk Records – O.C.M.S. (2004) and Big Iron World (2006) produced by David Rawlings, and Tennessee Pusher (2008) produced by Don Was. In 2012, ATO Records released the Ted Hutt produced, Carry Me Back, on which the band continued to craft classic American roots music and Remedy (2014), also produced by Ted Hutt.

The band will release Live At The Ryman on October 4th on Columbia Records via The Orchard. Connect with the band online and on the road.