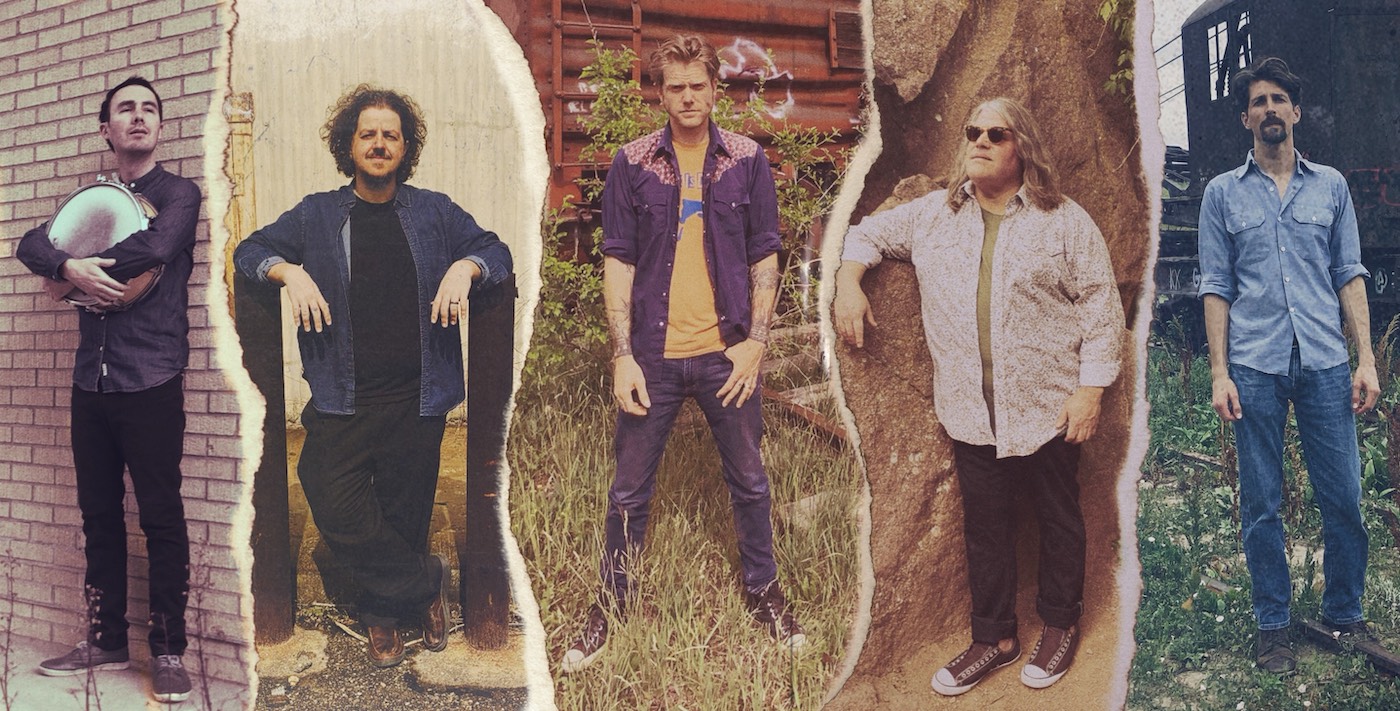 Our tour vehicle is Donny’s (electric guitar player) Honda Odyssey mini van. We’ve been known to hitch a 10ft trailer with all our gear, and pack 5 guys inside the van. It doesn’t have a whole lot of miles (maybe 150k?), because we only use it for touring.

Break downs? Thankfully no, but I did drive it over a median right in front of a cop in Lafayette, LA. He didn’t mess with us though. I guess they see that kind of thing all the time down there. They have drive-through daiquiri stands everywhere.

“Cheaply/healthy?” Isn’t that an oxymoron? While we were mixing the new album at Dockside Studios in Louisiana, we lived on King Cake and boudin. That’s basically cinnamon rolls stuffed with cream cheese icing and pork sausage floating in grease. It’s everything a growing boy needs!

No, but seriously, we usually bring as much food from home as possible and a couple of the band mates are foodies, so they’re always checking Yelp everywhere we go. Personally, I could live on Red Bull and energy bars for weeks.

When we’re gigging normally, I probably break about 100 strings a year. But broken or not, I change my strings every 2 gigs. I probably spend about $600/year on strings.

Our practice space is Donny’s home studio. In 2013 there was a big flood in Boulder and the studio took a lot of water damage. Luckily, I’m a carpenter, so I spent the next year ripping the place apart and rebuilding it with my Buddy, JD. At one point, JD kinda dared me to try to extract a bunch of live electrical wires from the wood framing with a Sawzall (a rugged power saw, designed for demolition). I took the challenge and ended up getting shot off a ladder by a high-voltage electrical shock. I was a bit of a speed freak back then and I remember laying on my back trying to catch my breath thinking, “Damn! Cocaine’s got nothin’ on 220 volts!”

I honestly don’t know what my first song was. But a very early one was called “Yuppie”. I was probably 15 years old. The song was inspired by the gentrification of Boulder that took place in the 90’s. One verse went, “I went for a vacation outside of Hades / It got a little hot, had to stay in my Mercedes / I wanted a martini, had to settle for red wine instead / What a hard fucking life, I wish I were dead.”

My first gig was at a creamery barn in Tatamagouche, Nova Scotia. It was an open mic, and I ended up playing 3 songs. Random musicians from the crowd jumped up and started jamming with me. By the end of the third song there was a whole band on stage. I’d never felt anything like that in my life. I was fully hooked.

I still do freelance carpentry work when times get tough. I’m grateful for the skill and I love the work as long as I don’t have a boss. That’s my only criteria when it comes to working a job. No boss and I’m happy.

Well, before COVID hit, my family and I had been living solely off my musical income for 2 years. It took me over 10 years to get there. I started out making $20-$50/gig and slowly worked my way up the pay scale as my fan base and bargaining skills increased. I think every musician just stepped back in time a decade as far as financial progress goes, but I’m grateful that I have another skill to fall back on. 10 years from now, I’m hoping my music will make enough money to take care of my parents and my children.

What I’m worth. How to show gratitude. Cause and effect are often mistaken for miracles. Work, work, work.

Gasoline Lollipops front man Clay Rose was raised between an outlaw, truck-driving father in the mountains of Colorado and a country song-writing mama in the sticks outside of Nashville, Tennessee. Clay’s penchant for open roads and trouble making are the backbone of the Gas Pops’ sound. The rest of the band consists of Don Ambory, Scott Coulter, “Bad” Brad Morse, and Kevin Matthews who all come equipped with music degrees from Chicago, Boston, Jacksonville, and Denver, respectively. They each add flavors of their own background and heritage, further diversifying the band’s signature sound.

Fresh out of the legendary Dockside Studio in Lafayette, Louisiana, Gasoline Lollipops are promoting their new album, All The Misery Money Can Buy, which pursues happiness and the American Dream to the end of the rainbow and chokes on a pot of gold. Gas Pops collaborated with Clay’s song-writing Mama, Donna Farar (“Last Thing I Needed” recorded by Willie Nelson and Chris Stapleton) to create this politically-charged union of soul music and Southern rock.

Gasoline Lollipops are three-time winners of Colorado Daily’s “Best Local Band” award, and two-time winners of Denver Westword’s “Best Country Band” award. Over the last four years, they have toured throughout the U.S., Belgium, the Netherlands, and Belize. In 2018 they made Billboard’s top 10 Spotify chart, as well as Pandora’s top 10 Trend Setters list. Today, the Gas Pops continue to bend genres and electrify live audiences with ferocious sincerity.

Connect with the band online.