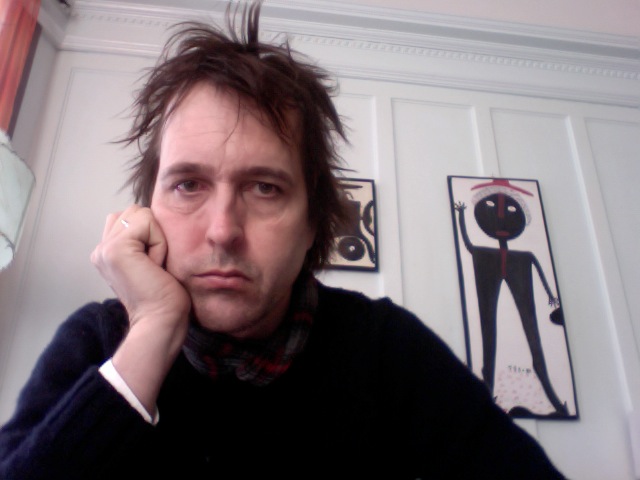 I’ve had a fleet of vans over the years. Ford Econolines.

I once broke down on the freeway in Arkansas in the van at the end of a tour where I was driving the van back from Nashville (I think). A good 40 miles from anywhere. Bad dog!

It was HOT. And it took ages to get a tow. I felt like a hostage in that damned van. I climbed in the back bench of the Econoline and curled up with a book. I was eyeing the gas gauge. And trying not to think about what would happen if I ran out of gas and there was no air-conditioning. Like I said, it was brutally hot.

I eventually got towed to the next town. Towed into some repair joint. They couldn’t look at it until Monday. I spent three days in a Days Inn before they could even look at it. By the time they did, they had to order a transmission from god-knows-where. Urgh!

Trucking around in town on foot for a few days was wild. Trying to get something to eat and avoid mosquitos. I made some pals at the local diner. Those mosquitos would get in your ear at night and go to town on you. The damn mosquito truck spray would blow up against the door to my room. I was afraid to open it half an inch. I could hear the bastards out there!

Arkansas. No wonder Harry Crews was such a tough guy. Wait, he was from Georgia come to think of it. Oh well, so much for that theory.

I just try to practice moderation. But occasionally I’ll break down. Especially in Europe where they still deep fry the apple pies at McDonald’s. I can’t resist that lava-like center of those old-school apple pies from Mickey D’s. Cheap but not healthy.

My wife Stephie can reach in her bag and mix a nice cocktail. Rice milk, nuts, and birdseed. She mixes it up in a nice glass in the hotel. She’s famous for finding a salad somewhere off Interstate I-10. Somewhere in god-forsaken Buckeye, Arizona, or something. She’s legendary. We don’t know how she does it.

I change the strings every third show or so. Sometimes more, sometimes less. I like them bright. I have an endorsement with Dunlop. It’s a godsend.

I have an office. I’m urban. We can sit in a circle and rehearse. With the drummer playing with sticks on his knees. And we play with acoustic guitars and a Casio. And sing into the air. Or we rent a place to turn up. Every once in a while, but probably not enough.

Something mean about my sister. I was in a high chair beating time with a spoon. Someone should have been rolling the tape!

Probably a house party in Orange County. I have a picture of it somewhere that my sister took. I am playing a blond telecaster. And it looks HUGE on my skinny little 13-year-old frame.

I can tell you what I’m not doing anymore. I’m not parking cars. I’m not delivering Reader’s Digest. I’m not mowing lawns in Orange County or washing dishes in Contra Costa County. I’m not hanging drywall or climbing a ladder or selling flowers on the street. I’m not collecting Coke bottles. Or collecting signatures. To this day I stop and happily give a signature when I walk by people collecting them. It’s not the worst gig BTW. All of these things I have done with varying degrees of success. Hard to pick a favorite. Because I don’t have one.

I’m not really sure about that. I don’t even know if I’m making a living. I don’t have a job, so that’s a good sign.

What good would the crystal ball do me? My old bandmate Dan Stuart says he wished he’d drank less and fucked more. That’s a good policy. I sort of wish I hadn’t slapped a promoter who cheated me. It seemed so important at the time. But really, why? And what good would any crystal ball have done me? I suppose it’s better to not take yourself too seriously. Try not to be terribly precious. Then again, it doesn’t hurt to be obsessive and dogged. To have some inner drive to get it right. So there you have it. I’m a walking contradiction. Partly fact and mostly fiction (or friction! ha ha ha).

Chuck Prophet will release The Land That Time Forgot, his new Yep Roc Records album on 21 August. Most of the record’s dozen songs were co written by Prophet and klipschutz, his longtime collaborator. Together, they recall the melancholy wonder of their native Bay Area, a land that, to the acclaimed songwriters, represents the hope and despair that makes rock ‘n’roll so timeless, even if it’s now full of robots with ironic haircuts. It’s a darker, more present take on Americana and all its beautiful losers.

Priced out of his home turf, Prophet recorded the album with producer Kenny Siegal (Langhorne Slim, Amanda Palmer, The New Pornographers) on the New York Vermont border, where he could look upon his hometown with fresh distance. With a new drive and new hooks, he orients himself around an array of locations real and imagined including SF’s Tenderloin District, an English roundabout, and Nixonland while hanging out with a love struck mirror and the ghosts of Johnny Thunders, Willie Wonka, and John the Baptist, and contemplating the train that carried Abraham Lincoln home for the final time. It’s everything you’d expect from a Chuck Prophet record and more.

Connect with Prophet online and (eventually) on the road.