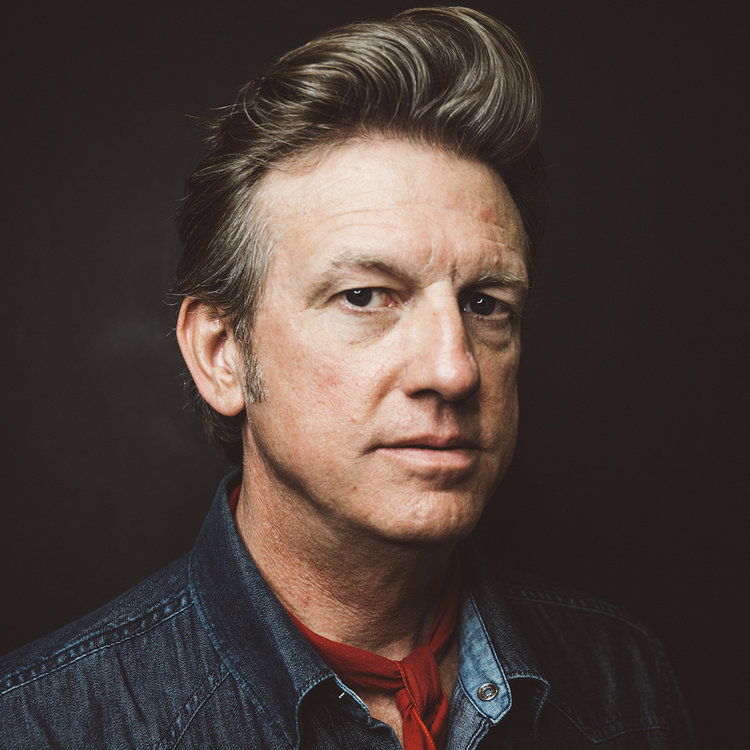 I travel in my Sprinter van. I have it all tricked out with bunks for sleeping and amenities we have added on over the years. The thing has 367,000 miles on it but still runs good. I recently bought another Sprinter just like mine with much lower mileage so now I have two!

There are always break downs no matter what kind of vehicle you have. But make sure to check the belts or you may find yourself stranded in Roswell, NM in 104 degree heat. The aliens don’t help you there but the mechanics sure do!

Our drummer Martin Lynds can somehow find us good food no matter where we go. But there are still a lot of late night tacos and Whataburgers after the gig.

I don’t break many strings but I carry a lot of extra just in case. I have nice deal with the good folks at D’Addario!

Recently I built what I call a Little Shack Out Back to house all of my junk and for a rehearsal space. It’s very handy. It’s so new nothing crazy has happened there yet but give us time…

I really can’t remember the first song I wrote. It probably sounded like me channeling the Beatles channeling Carl Perkins.

My first gig was playing drums in my folk’s country band when I was 13 years old at the El Dorado Springs, MO Community Center for a Saturday night dance. I was told by my Grandfather (who played rhythm guitar) “brushes on everything except the instrumentals. Then you can use the sticks.” That lasted about one gig. I played with my folk’s band until I was 18. I switched to guitar around 16 or 17.

My last straight gig (if you could call it that) was door to door canvasing for Greenpeace. I developed a pretty good rap that came in handy when canvasing people in clubs for tips. My favorite day job though was a night job working as a movie projectionist.

I came out of a major label band (BR5-49) that pretty much carried me from 1995 until we broke up in 2006. After that I had a song writing gig for a couple of years. Then I got tapped to be the Music Director/Supervisor for a Broadway musical called “Million Dollar Quartet” and parlayed that into working in the same capacity for the TV version “Sun Records.” These two things have really helped both artistically and financially. So I guess I have diversified! But it’s always a hustle. I keep making records and slogging it out on the road and developing new musicals. I hope I can keep it together. I’m too old to get a real job at this point.

To listen better. Listen to the other musicians, and to people who are trying to help you even if you don’t think you need help.

This Kansas native, has been at the forefront of what has come to be known as Americana Music for the better part of 25 years. Perhaps best known for co-founding the famed ‘90s Alternative Country quintet, BR5-49, whos 7 albums garnered a CMA Award for Best International Touring Act and three Grammy nominations, helped build an indelible bridge between authentic American Roots music and millions of fans worldwide.

Although Close To Home, his latest album, was recorded in Memphis, Mead will be celebrating its release with a “Honky-Tonk Tour of Nashville”. From June 18th – 22nd, Mead will perform at some of his favorite Nashville haunts.

Connect with Mead online and on the road.