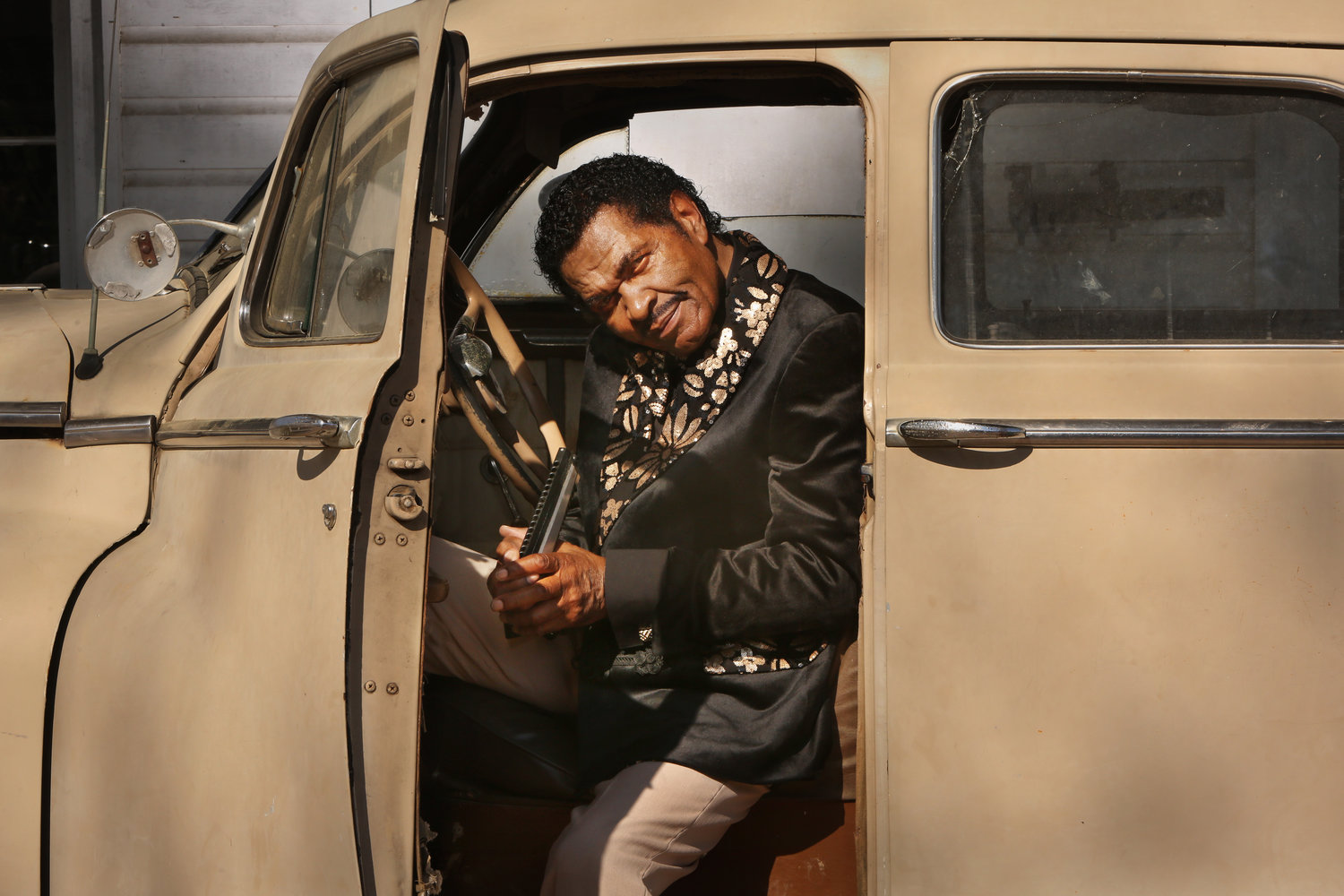 I’ve been traveling now in a tour van for the last 30 years or so. Between that time I believe I wore out four new vans. Each van had over 300,000 miles on it. The last two vans had over 200,000 miles on it. The breakdown and upkeep on the vans per year, probably run me about $18K-20K per year. I had a motor and transmission put in every 2-3 years because I’m pulling a trailer.

25-30 years ago and prior I toured with two buses. One bus I had was a double decker for about 4 years. The other bus I kept about 18 years. I put one motor in one and transmission in the other one. One time I was on my way to California around 1983 and I spent $20K on a motor. Something happened to that motor and I spent another $10K to repair that motor. It was close to $30K in 22 days. You couldn’t have a driver drive over 8 hours, so I had two drivers.

I try to eat everything that flies or swims, which is tuna fish, chicken, baked chicken, and other fish. I try to stay away from fried food as much as possible. If I eat fried food, I try to get Popeyes chicken with baked beans and rice. I’m a Louisiana boy, so I like red beans and rice. I try to stay away from sodas too. I’ve been eating pretty healthy for the last 25-30 years.

Haha…I buy strings at a bulk price. Most of the time, the big company gives me strings for advertisement purposes. I break about 20-30 strings per year. Most of the times they are A, B, and C strings. I don’t break the G and E’s that much. Even if I don’t break them, I change them out every 90 days or so to get a good quality so they stay in tune.

Haha…man all rehearsals, when you come down to getting the band together, I find a place that’s private. When people find out you’re rehearsing, they come to see you rehearse, and that bothers me. I like to rehearse in private.

Currently, I rehearse at sound check most of the time. If I have a sound check at 5pm, I’ll go a couple hours early. If there’s something I want the band to learn, I’ll play it on CD or on a phone while we are riding. We’ll write notes down about what we want to learn about it and then go over it at sound check.

Haha. One of the first gigs was in Pine Bluff, AR at a place called Drums. Believe me, the place was called Drums, and guess what I was playing. We didn’t have a drummer, so I played the drums on the first set. When I look back on it, I wasn’t a drummer. I could keep a beat but I wasn’t in time. It was around 1950. I wasn’t old enough to be in the club. I had to paint me a mustache in order to be in the club.

I did some to get to buy me a guitar or an amplifier…it was all to get to making music. I worked at Kinkard Industry Aluminum Company in a suburb of Chicago in 1955-1959. Before that time I worked at service station, changing oil, tires, etc. I kind of ran the station of the guy in Chicago.

It’s gone up. I think it’ll go up moving forward, too.

I know more about the publishing and the A&R men who were submitting your contracts. At that time, a person could submit your contract with a name on your record, but when they submit to BMI your name wasn’t on it. They would leave you out as a writer or publisher on music you wrote back then. I wish I knew more about that then. If I had known what I know now, I would have been on top of publishing and writers rights.

After decades of tearing up the chitlin’ circuit on a nightly basis with his sweaty, no-holds-barred funkfests, Bobby has thoroughly broken through to the mainstream. He won a long-overdue 2017 Grammy for his spectacular album Porcupine Meat and consistently tours the globe as a headliner. What’s more, Bobby’s brand-new album Sitting on Top of the Blues on his own Deep Rush imprint (distributed by Thirty Tigers) promises to further spread the news that this revered legend, well past 80 years of age even if his stratospheric energy level belies the calendar, is bigger and badder and bolder than ever.

He played with Delta blues guitarists Boyd Gilmore and Elmore James in Arkansas during the early ’50s before migrating to Chicago. There he assembled a band with an equally young Freddie King on guitar (Luther Allison came into the combo later). Rush gigged around the West Side and in the southern suburbs of the Windy City, but it took until 1964 for him to debut on record with the tough downbeat blues “Someday” for the Jerry-O logo.

In 1971, Bobby broke through on the national charts with the lowdown funk grinder “Chicken Heads” for Galaxy Records. “That was the first big record I ever had,” notes Rush. The song has since been featured in the film Black Snake Moan, HBO’s Ballers, and more. Calvin Carter, the producer of “Chicken Heads,” put out Rush’s ’72 followup “Gotta Be Funky” on his own On Top logo and then sold Bobby’s contract to Stan Lewis’ Jewel Records in Shreveport, La. Lewis issued several Rush singles before Bobby made the major label leap in 1974 with “Get Out of Here” for Warner Bros.

To date Bobby has earned 12 Blues Music Awards and 48 nominations, including the prestigious B.B. King Entertainer of the Year Award and Album of the Year.

Connect with Rush online and on the road.