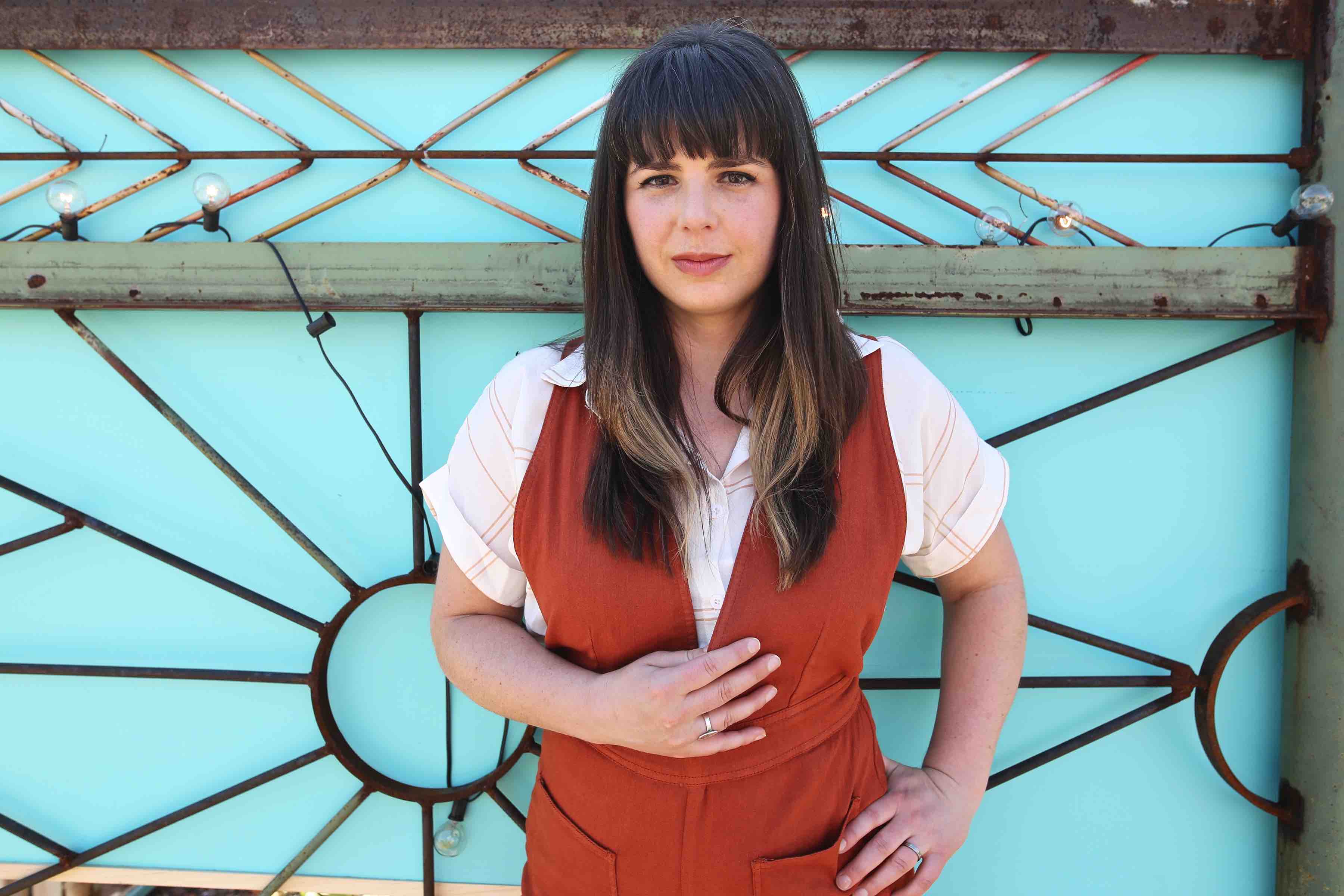 We’re in a recent transition, but here’s a brief history. I started touring in a Mazda Protege hatchback when there were just two of us, then moved to a Ford Windstar Minivan when we could tour as a 4 piece band. It frequently needed repairs on the front end due to rust. Luckily, we only got stranded once (dead battery). The biggest problem was that we couldn’t fit everything we really needed for proper touring. I couldn’t even bring a suitcase with me, just a small backpack. No back-up guitars or extra merch.

After a lot of searching, I recently found us a 12 passenger Ford Transit. The day we got it home, I went to move the old minivan to a different parking spot and it wouldn’t start.

It’s hard. I’m a big snacker. We try to keep things like nuts, veggies and hummus, and hard boiled eggs in a small cooler, and eat one bigger meal for dinner. Sometimes we flip-flop that, and have a big breakfast, which is my favorite meal! I’m also prone to getting “hangry” so I keep protein bars in my purse at all times, especially if we can’t eat dinner until after the show.

I used to have a guitar that broke a lot of strings. Now it’s pretty rare. None broken yet this year. I have a D’addario sponsorship, so that’s a good string hookup. The biggest deal is making sure they’re changed regularly.

Our main rehearsal space is a 12×15 room in my house that gets great natural light. It’s permanently packed with guitars, amps, a drumset, records, and recording equipment. When we were working on songs for the new album, being able to record our rehearsals played a big part in the pre-production. We once had the cops called on us for being too loud.

I probably should’ve kept some of those early songs, but I don’t remember them anymore and they were never recorded. I think I was around 13 when I wrote my first one.

It was on an excursion to the local donut shop when I was 14. The owner was showing off a new piano she acquired, and told us if anyone could play for 30 minutes, she’d give them a free box of donuts. I rolled up my sleeves and sat down at the piano. Played for 30 minutes, then ate way too many donuts.

I was a nanny for a long time before transitioning into music. I’ll pick up random gigs from time to time when we’re not on tour, but mostly I’m able to focus on playing music for my job, and how to keep doing that. Favorite day job ever? Delivering pizzas.

The first time I ever sold a record online was so validating. Every year, things are steadily growing. Sometimes the growth is a lot slower than I’d like. I have to decide, do I stick with it or is it time to get a day job again? But we’re playing better shows, better venues, and getting out on the road more and more. I see a lot of potential for the future, and I’m really enjoying the work right now. It’s a fine line to walk; to be able to grow music income without experiencing burnout.

How important it is to not compare yourself to others.

Although based in Missouri, Bombara has spent much of her adulthood on the road, carving out her own award-winning mix of vintage folk and electric roots-rock. She’s been a solo artist, a bandleader, and an occasional side musician for other artists. With Evergreen, Bombara resumes her role as the leader of an amplified Americana band. These songs were largely written on the run — in friend’s basements, during soundchecks, and on the road — while Bombara and company toured the country in support of her 2017 release, Map and No Direction. As a result, there’s a strong sense of movement here, from Samuel Gregg’s versatile guitar playing to the thump of the group’s rhythm section (featuring Mike Schurk on drums and Kit Hamon — Bombara’s right-hand man and longtime collaborator — on bass). Gluing the sound together are Bombara’s unforced vocals, sharp hooks, and optimistic lyrics, which find her taking an honest look at life’s difficulties while continuing to move forward with positivity.

Evergreen, her latest album, was released on 9 August. Connect with Bombara online and on the road.